Simplifi by Quicken helps you effortlessly manage all of your finances in one place and make your hard-earned money work harder for you. Simplifi by Quicken makes it easy to customize and track your budget, manage spending, and reach your financial goals with one personalized, use-anywhere app. EASILY ORGANIZE YOUR MONEY * Automatically connect with and view all your financial accounts in one place so you know exactly where you stand * Effortlessly identify changes in spending, income, net worth, and more so you know you’re on the right track SET & ACHIEVE PERSONALIZED GOALS Whether you’re saving for your dream home, a vacation, retirement, or your child’s education, Simplifi by Quicken helps you achieve life’s most important milestones. TRACK SPENDING & BUDGET WITH CONFIDENCE Feel confident that you are covered to spend on the things you care about: * Create a simple budget based on your income and bills to make sure you aren’t spending more than you make in a month * Categorize and monitor spending so you can get and stay ahead LEARN KEY SPENDING & SAVING INSIGHTS * Discover key insights so that you can make decisions that matter to you * See how much money you have spent this month, excluding bills and subscriptions, so you know if you can spend or need to cut back SECURITY We’re serious about protecting your account and privacy. Visit https://www.quicken.com/privacy/us to learn more. PRIVACY If you are a California resident, please refer to the new privacy guidelines set forth by The California Consumer Privacy Act on information sharing. If you would like to opt-out of the sale of your personal information as defined by these new guidelines, please go to http://www.quicken.com/privacy 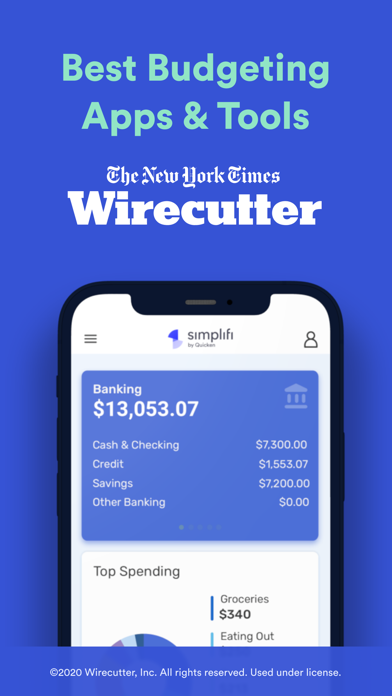 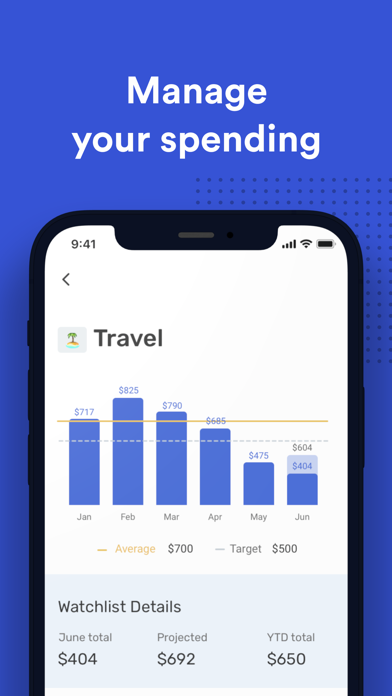 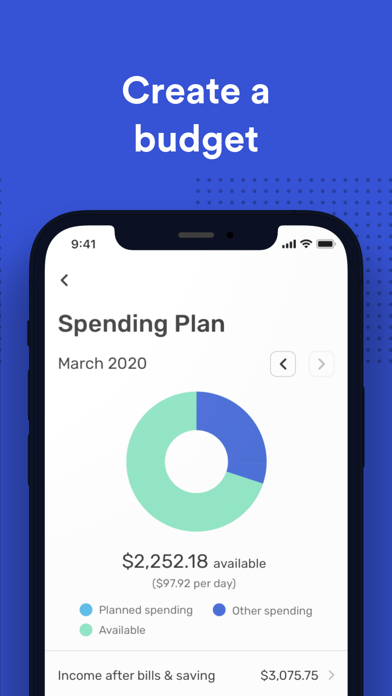 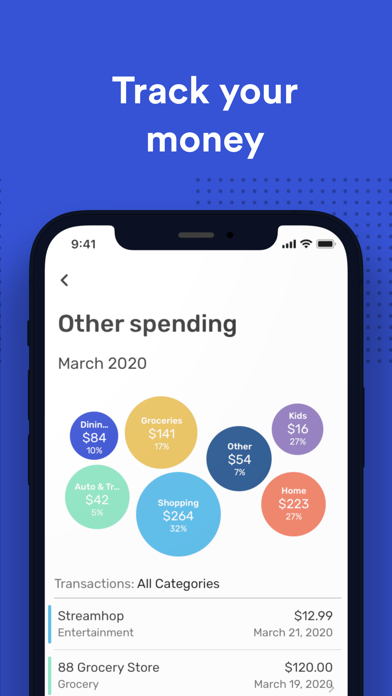 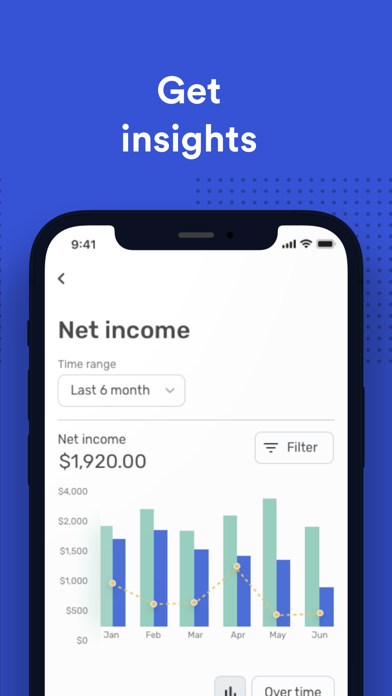 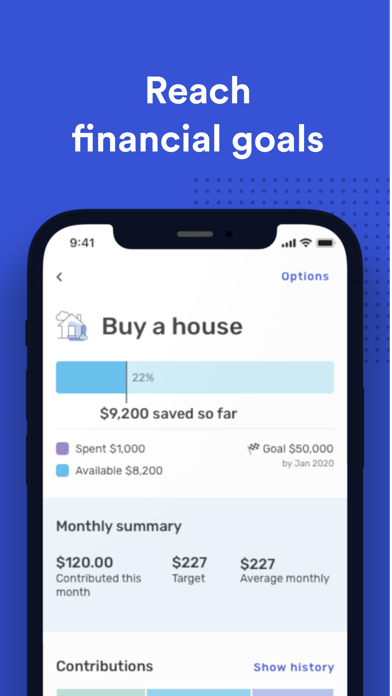 Good, Useful but not Great

Layout is great and simple. It has all the info and tools I need each day to keep an eye on my spending, books and other finances. My only gripe is that each time I login, one or more if my accounts always loses its connection to the app. Basically, you have to re-authenticate with a security code an account that was already added if the account loses connection. I’m not sure if this bug is on the Simplifi side, or if it is on that particular bank/card company side. For me, it is Alaska Airlines (Bank of America). Also, Nordstrom and Kohl’s have all lost connection multiple times in the last week and have to be connected multiple times with security authentication. I really hope that this issue is resolved by the developers, especially since this is an app that requires a paid subscription. It’s frustrating to have to add these accounts over and over each time I open the app. Other than that, the app serves its purpose for me. Thanks!
By 1RMRACR

As a former Quicken, Quickbooks and Mint user .. I was looking for a simple app for my phone. Today I downloaded and added my first account (Chase, a major bank) and it downloaded transactions for the pas 90 days .. except ZERO transactions from the past 30 days were downloaded. The balances were also incorrect. I contacted support and they’ve escalated the issue .. but this was just strike #1. As I was on their chat support for 30 min trying to figure out why my most recent 30 days did not import, I started marking my business transactions as ‘remove from reports’ but when I clicked spending reports, those transactions still showed in the reports’ transaction lists (including the eyeball icon indicating it should be hidden) I was told this is intentional, but the balances do not include those transaction amounts .. but I didn’t take the time to manually confirm this is the case. This app just isn’t ready yet .. it has way too many bugs to squish. I’m disappointed that Intuit/Quicken would release such an incomplete product.
By Erica_FL

Can you please develop an app for iPad??
By Wizardof2021

I’ve tried really hard to like this app. It has a lot of potential and could someday be the premier app. First, it does not try to get you open credit card accounts or sign up for investment accounts or save money on or car insurance. It is focused on your finances and budgeting. They are fairly responsive and will work with you to fix issues, it may take an extended period, but they will work with you. What’s holding it back? Glad you asked. First, connectivity. Every week, sometimes multiple days you will see messages that you have to fix connections to financial institutions. It is painful. It doesn’t fix the connections in the background. You have to sit there and take it like a champ. Second, it does not support property accounts. Simplifi’s sister company has full integration with Zillow and will show you estimates of your property value to help calculate your net worth. Not here! If there is a change in property value, you’ll have to delete and set up your account again. Third, there is no native support for iPad. It claims to work on iPad until you use landscape orientation. Watch out for the crick in the neck.
By gyposse

What bugs? Which enchantments?

What bugs? Which enchantments?
By elkosmonaut

I like the budgeting and tracking in this app - but why do I have to edit some transactions over and over for it to keep?????? It’s time saving to import my transactions, but often the categories need to be changed...I change the category type, hit save and it goes back to the original one. I have done this 5-6 times before it finally changes, only to see the next day or two that it reverts back! Who has time to keep checking to see if a change they made is still correct? Come on guys - this isn’t a free app. Why would I keep paying for this?
By 3399tiff

First, there should be a clear distinction for apps offering a “free trial” or anything that requires purchases to use as described. Having to give my name and email before I know how much the app is after the trial is sleazy. Tell me up front how much I’m expected to spend. I haven’t got to use the app because I refuse to enter contact info to something that leaves out decision-making details.
By Ddloader

Accounts don’t stay connected, app is practically useless. At first my bank got disconnected after a day, then a few days later now my credit card isn’t connected. And you can’t fix it. You have to delete the account and reconnect it again.
By TJVanderlan

I love Simplifi, don’t get me wrong, it fixes just about every problem that I had with Mint.......except the connection issues. I have accounts with a few different, and nationally known financial institutions and they all keep disconnecting making regularly checking in on my financial situation a strenuous activity. I’d expect this from a free app, but not one that I’d be expected to pay for.
By attredies