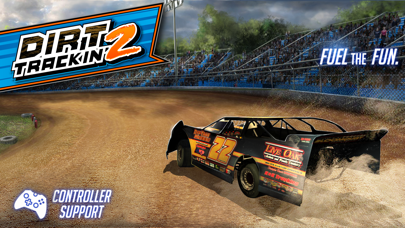 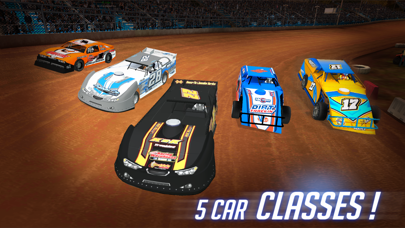 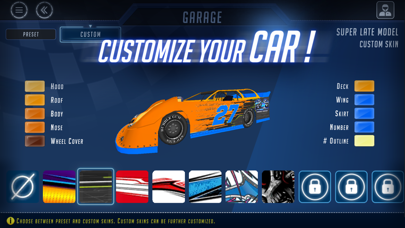 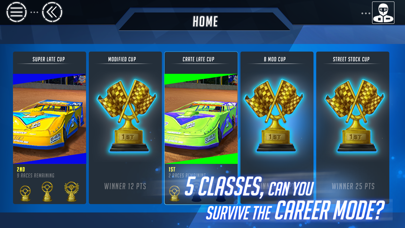 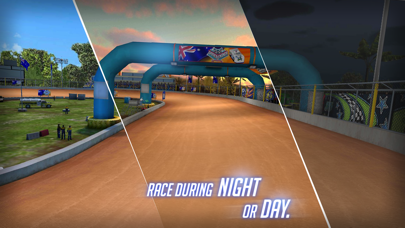 Would be nice if it wouldn't spin you out every time to the right when passing or clearing a lapped car.
By dfelk

The game is top notch and by far the best Dirt track game for iPhone. I would like to see more cars running in the championship mode with a B main also being added. I also think that the AI difficulty needs to be harder for the platinum cup and insane mode.I would also like to see the new tracks get added to the Career mode as well.
By Goat1st

I bet most people wipe out on the straightaways. Steering needs a “linearity” slider adjustment for all input methods. More deadzone is sort of a bandaid. (Note: no steering assistance setting). Awesome game otherwise - same for Sprint Cars. (HUD and button visibility option would be nice)
By Scat Pack

I think it’s a improvement but could be better in career mode it would be nice to have cars get out of the way and not be all over the place. And I would like more irl paints I know there’s a lot but a bloomquist or Davenport would be nice. Tracks need there own unique style there all the same and the actual racing is not near as fun as the first game. I feel like there could be a lot of improvements but it’s a pretty good start. I’m not tying to be picky but it would be really nice to put your own Sponsorship on your car I think that would send the custom car way up
By LutherRacing00

Graphics are very good and the amount of new tracks to run is great! I wish they would update the Sprint Car game to this level
By Chris K5

Needs all the tracks added to career mode
By Asakak1232

Game keeps crashing on opening title screen. Just keeps exiting out of the app when I turn my phone side ways
By StretchIzill

This game is mint! I am a dirt car racer in real life and this is by far my favorite app. Customer Service is 10/10 they will actually respond to customers and fix their needs to improvise game quality. Great game!!
By Flatfoot3jr