Part merge, part world-building sim game, EverMerge is a magical world that gets bigger and better with each discovery. Lift the cursed fog over the lands of EverMerge by merging and combining clusters of identical pieces. Each merge will reveal new discoveries as your land expands around you. EverMerge’s sandbox-style play offers endless possibilities and combinations! Find new mergeable items - and meet classic characters and creatures - as you complete quests and reveal new [something]. Merge hundreds of items, build larger buildings, and make the biggest combinations you can imagine! You’ll earn treasure chests, mine materials, and harvest new resources as you progress through this fantastical adventure. There is always something unexpected bursting onto your game board. Bring order to the chaos and organize your pieces to make your game world look exactly as you want. You’ll need a little bit of strategy to progress through this delightfully fun merging game. KEY FEATURES: IT’S YOUR WORLD, YOUR STRATEGY! Drag, merge and organize pieces the way you want on the wide-open game board. BECOME THE MERGE MASTER! New items are always appearing, waiting to be matched, merged, combined and built. BUILD YOUR COLLECTION! Match and merge to build castles, and unlock and collect both classic characters and fantastical creatures. MINE FOR MORE! Running low on resources? Mine for stone, wood, and more! MAGICAL TREASURES ARE WAITING! Collect gems, valuable coins, mystical wands and enchanting chests to help expand your own extraordinary world! MORE TO DISCOVER! Take part in daily quests to collect coins and gems or complete delicious recipes for the characters in order to get rewards. PLAY SPECIAL EVENTS! Complete unique match-and-combine puzzles to earn specially themed treats and surprises. Need help? We’re only a click away! https://www.bigfishgames.com/help/evermerge Find us! •Friend Us on Facebook – https://www.facebook.com/evermerge •Double Tap Us on Instagram - https://www.instagram.com/evermerge/ •Tweet with Us - @EverMerge •Watch Us - https://www.youtube.com/c/EverMerge By downloading and using this app, you agree to the Big Fish Terms of Use at http://www.bigfishgames.com/company/terms.html and acknowledge the Privacy Policy at http://www.bigfishgames.com/company/privacy.html. 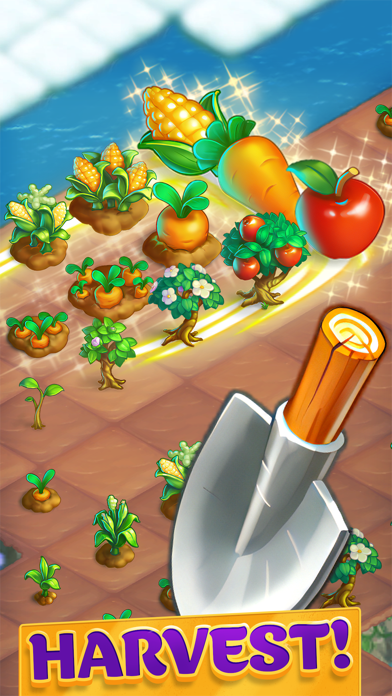 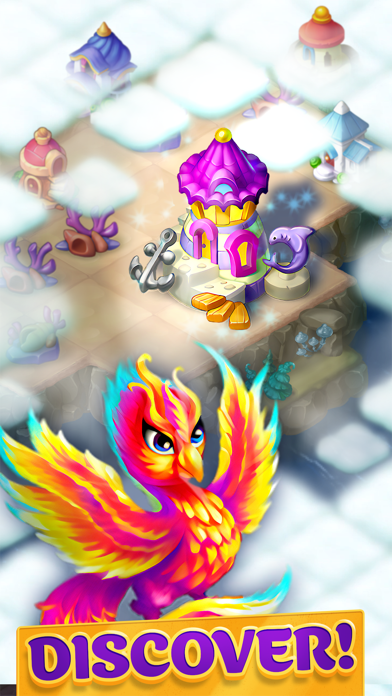 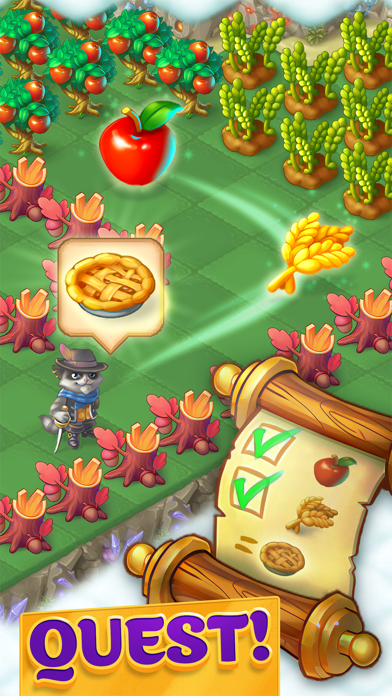 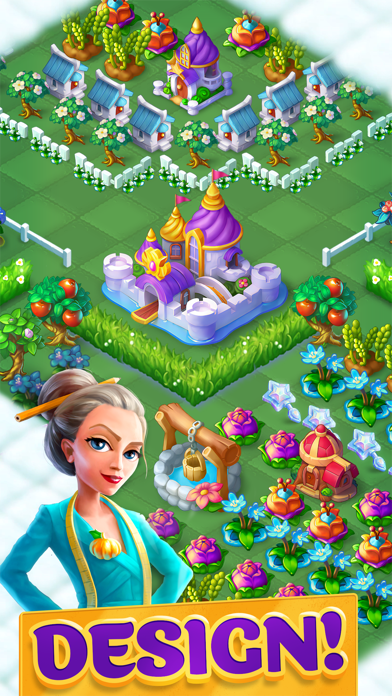 The developers have out done themselves! I love this game! There are always little bonus games to play. They give away energy on a daily basis (might be a time or 2 they skipped a day) but after all, on the 7th day....you know the rest😄. Their FB page is great, they listen to us mergers when we have suggestions. There are monthly updates, sometimes it is a little slow getting updates to different OSs but well worth the wait, patients is the key. If you’re looking for a nice relaxing super fun game this is it. Not one complaint here other than I think I’m am totally obsessed with EverMerge.
By Pogmo84

Edit: I previously gave 3 stars. As within the first 24 hours my game play was stalled because of having no energy and used all resources to get energy. The only way to get more energy was with real money or wait. Since then about 4 days in that has only happened once or twice. There is a lot this game has to offer and I’ve noticed when I do run out of energy in the game I’ve already been playing for so long I should probably stop. I am happy with this game and will financially support. Original:Game is super cute but less than a day in and I cannot advance because I don’t have “energy”. I’ve already done 2 scratch offs for extra. Used all my coins for more energy and watched ads for more. I’d have to pay for more & not sure I’m into that. What happens tomorrow if I use up everything I bought, will I have to pay again?
By skwidney

I got the update for my android, now my IPad tells me i am using an outdated version, to please update it. But it wont let me update. This will affect my gaming and challenge progress. I have also lost items on my game including a multiplying gem and 2 red men. UGGGGHHHH!!!!!! BIG FISH....PLEASE FIX ASAP
By library sloth

Love this game. Very addicting. I play on my android phone, but bought an iPad for easier playing. But can’t sync my account cuz android has been updated, but the iPad isn’t. Please update the iPad version so I can’t sync my progress
By momma snyds

If I didn’t say what the F. I would be fine with this game.
By Facebook_Login_12

Since Last update, I’ve encountered numerous problems. I wrote support and days later, I got one response. I wrote them again to let them know that it was still having issues, I followed their prompts, it did not work and days later, I still have heard nothing. The same doesn’t work right, support is horrible. I deleted it.
By Spiritwolf1933

To much time required

Not for casual player. You need to have tons of time on your hands
By loser 2500

I used to really like this game. Now I’m at the point where I don’t have enough wands to progress. I’m building houses I no longer need just to progress. There should be a way to buy wands. It’s like playing for nothing. At this point I’ll always be behind because of not enough wands.
By Mamalmf

Love the game, but I try and play on my phone and my iPad. My phone updated and my iPad doesn’t have an upgrade available and now it won’t sync my game. Bummed.
By csf1225

Christmas Stories: The Gift of the Magi

Surface: Alone in the Mist - A Hidden Object Mystery

Labyrinths of the World: Stonehenge Legend

Bridge to Another World: Alice in Shadowland