Mirror your iPhone & iPad screen on your Roku TV. With Mirror for Roku you can + Live mirror your videos, docs, presentations and games. + Live mirror your screen with full resolution and quality. If you face any problem while mirroring from your iPhone or iPad, please contact the developers at roku@istreamer.com. ------------------------------ SUBSCRIPTION DETAILS: Free Trial option for a week. No commitment, cancel anytime with no charge for Price:  * $2.99 Monthly * $8.99 Lifetime * Payment will be charged to iTunes account within 24-hours prior to the end of the free trial period. * Renewal: Subscription gets automatically renewed unless auto-renew option is turned off at least 24-hours before the end of the current period. * Renewal will be charged within 24-hours prior to the end of the current period. * Subscriptions may be managed by the user and auto-renewal may be turned off by going to the user's Account Settings after purchase No cancellation of the current subscription is allowed during the active subscription period. Any unused portion of a free trial period, will be forfeited after the deadline. Please visit our website to read about our Privacy Policy or Terms of Service. Privacy Policy: https://istreamer.com/app/rokum/privacy.html Subscription:  https://istreamer.com/app/rokum/subscription.html Terms Of Use: https://istreamer.com/app/rokum/terms.html Disclaimer: This app is not developed by Roku Inc. iStreamer Apps is not an affiliate or subsidiary of Roku Inc. 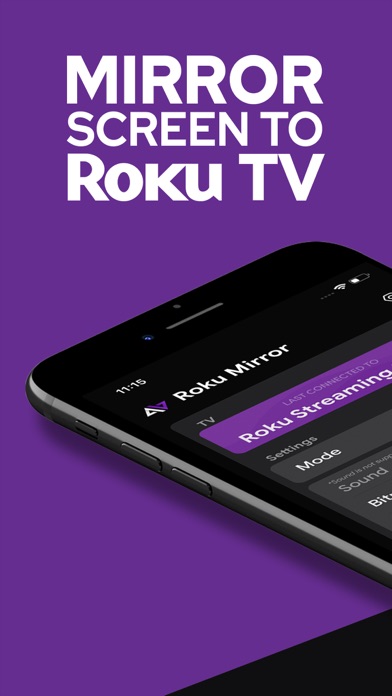 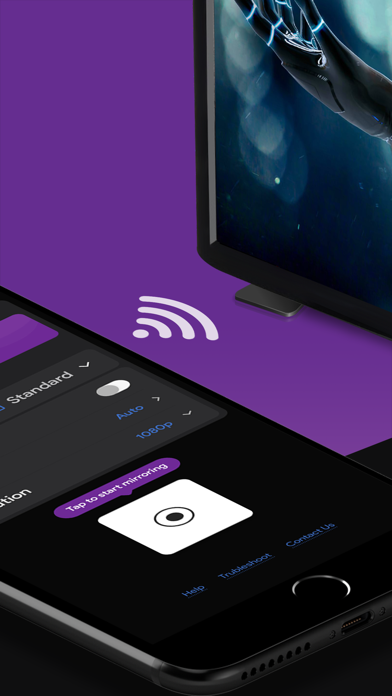 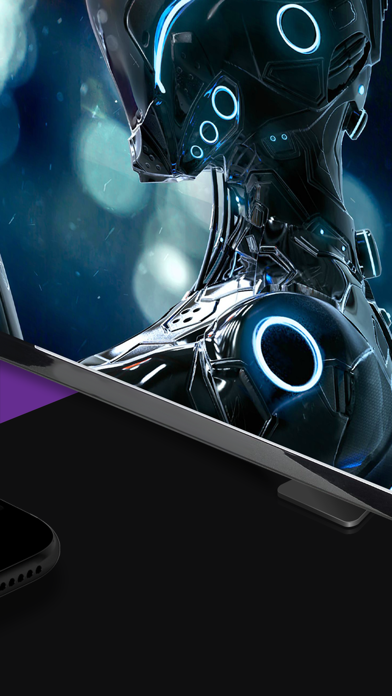 It doesn’t work. It lags doesn’t sync up at all with sound. I have a TCL and it does not work properly. Very disappointed. It just keeps kicking me off and putting me back to the install and launch page on the tv.
By Mcleach314

This app seemed great. Worked fine. Until I paid for the upgrade. Now anytime I try to stream or mirror, the app on the tv crashes and it just goes back and forth trying to open one or the other channel I had to install. Now? Useless. Plus, I have Apple Music, and when I try to stream music it won’t let me stream music saved to my Apple Music account it only lets you stream what you’ve bought. Disappointed and annoyed. There’s one way to waste $8
By Fattaleh71

This app used to work. Came back after a while of not using it and wouldn’t work, crashed as soon s it opened. I deleted the app from my iPad and removed the channel, downloaded the app and added the channel again, no help. Used to love the app but I can no longer use it.
By Marly1234

I downloaded roku mirror few months ago and paid for lifetime fee.bit now I cannot open this apps anymore
By Lydia LiuW

I purchased the lifetime for $8.99 in order to have sound, but the video on the tv is way behind when I mirror my screen. I don’t know what the problem is, but I’m super disappointed.
By melodyblu77

Looks like it works for others but was a pain for us. Pop ups and confusing set up

Just wanted to stream a Family video for other family present. Picked this app. Requires other app downloads (I stream or something like that). had annoying pop up for discounted premium access very difficult to close it, Set up and initiation wasn’t intuitive at all, finally made progress. Already disappointed, when we finally got the video streaming found out no audio without premium price. Gave up and deleted apps
By W symons

Download and everything was easy. When it came to actually watching the video on the screen... it would never show. It will freeze, and when I backed out, everything would respond fine. Go back to try and watch the video again... freeze. Nothing. Then the channel kept crashing on Roku. Then the app kept giving broadcasting error messages. A complete pain.
By Lueboo

Does not stream screen
By Mikeyjjjjjjjj