We dare you to score 5,000 points! And prove your skills with your mates in the battle mode. Tap the fun! Magic Tiles 3 key features: 1. Appealing, modern and diverse music genres to satisfy every music taste! We have over 200 songs waiting for you to conquer. 2. Finely-built online mode – connect with countless players all around the world. You can also invite your friends/enemies into a room and battle each other. 3. Weekly tournament comes with irresistible rewards. 4. Band mode where you can play with additional instruments such as guitar, piano and so many more. Game’s rules: 1. Tap the black tiles 2. Avoid the white tiles 3. Expect to speed up with each song level Log in to your Facebook account and share data on multiple devices So, get ready to try out the most challenging piano game for free! Besides, to improve the game’s performance and offer a customized user experience based on your location we do ask for permission to access to your storage and location. Become a real pianist now! VIP SUBSCRIPTION - You can subscribe for unlimited access to 200+ premium songs. - The subscriptions are $7.99 weekly, $19.99 monthly, and $39.99/annually*. - You'll be able to play all premium songs for the duration of your subscription. - Payment will be charged to iTunes Account at confirmation of purchase. - Subscription automatically renews unless auto-renew is turned off at least 24-hours before the end of the current period. - Account will be charged for renewal within 24-hours prior to the end of the current period at the cost of the chosen package. - Subscriptions may be managed by the user and auto-renewal may be turned off by going to the user's Account Settings after purchase. - Any unused portion of a free trial period, if offered, will be forfeited when the user purchases a subscription to that publication, where applicable. - No cancellation of the current subscription is allowed during active subscription period. *Price is equal to the value that "Apple's App Store Matrix" determines is the equivalent of the subscription price in USD. Terms of use: http://amanotes.com/terms-of-service/ Privacy Policy: http://amanotes.com/privacy-policy/ *Support: Are you having any problems? Send the email to magictiles3.support@amanotes.com or contact us in the game by going to Settings > FAQ and Support. 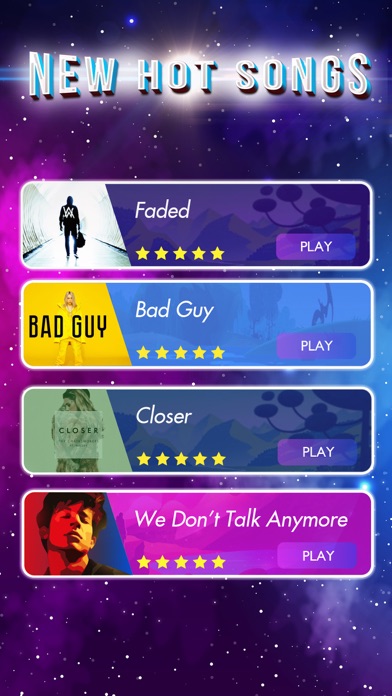 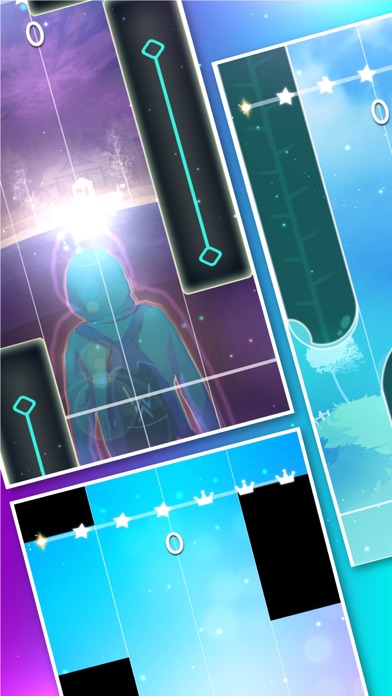 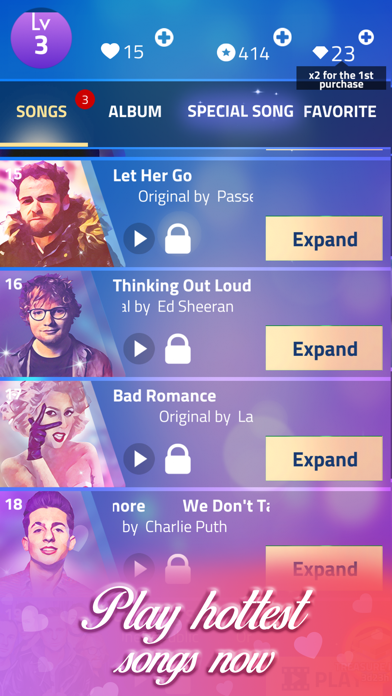 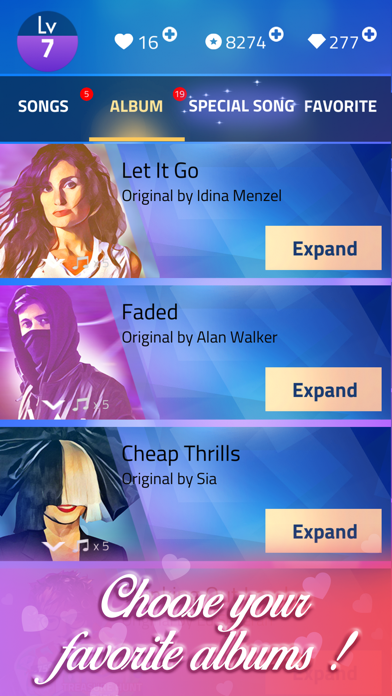 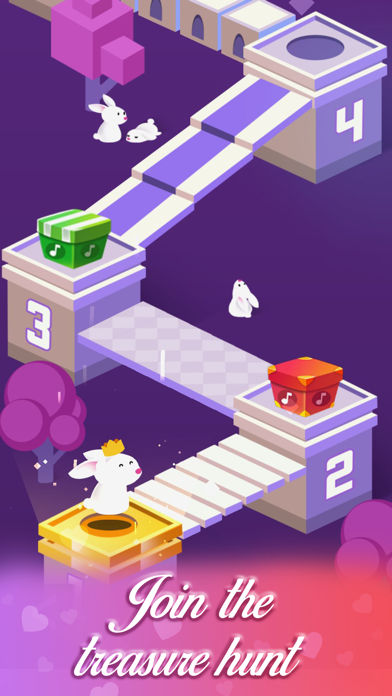 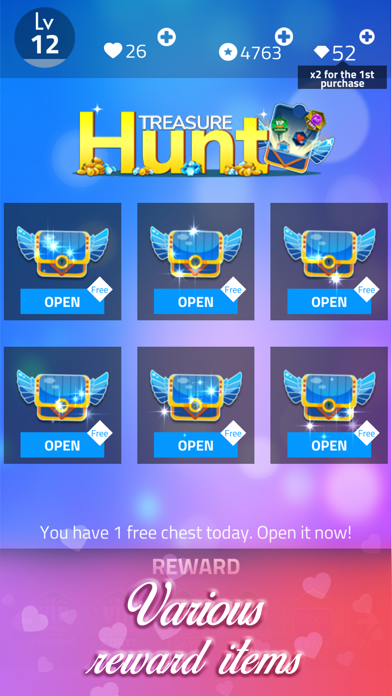 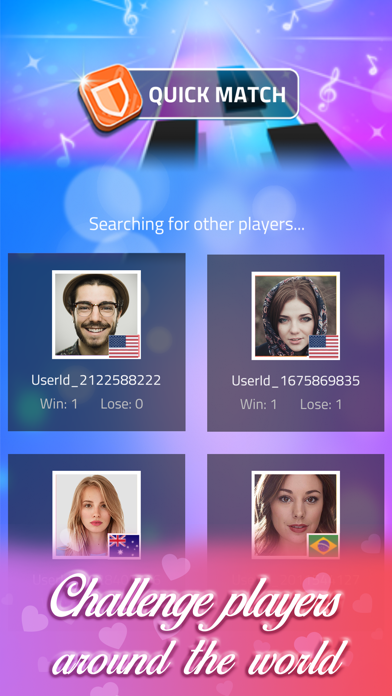 Need them chinese song like jay chou and some kpop songs!!!
By ultraldaniel

This is a good game and all but it COULD be better with some changes. First of all there are wayy to many adds and it’s kinda annoying and It would be better especially for younger kids who like to play games on phones a lot. Second, maybe go a little easy with the speed, it’s a fun game and all but it can be hard so go easy on us. And lastly, maybe let us choose the songs we wish to do like on the adds we see on the game. And this is what I think of the game whoever is reading this, hope you enjoy the game.
By Quarintine girl

First of all let me just say this is a awesome game! It’s really fun and enjoyable to play. But I do have a few cons about it. So first of all what the heck is with all those stupid adds!! I don’t understand why companies try to put adds in their games but then everyone complains about them there just super annoying and aggravating I can’t play on level without a add! It very annoying so it would mean so much to me if you would remove the adds ok next con. So my next one is when you play a song and it says let’s just say Marshmello and it plays the song and it’s the totally opposite voice of Marshmello! It’s kinda disappointing because I love the songs but I would really like to here the real version of it! But other than those things I live the game it so fun to battle and just try to get a ton of points lol
By 🥳😫😔😩😛🥵🤬😛😩🤨😟🧐🙁

Did you people put any effort into this

It would be fun if there weren’t SO MANY ADS! I played and I swear I spent more time watching ads then actually playing! Don’t get this game!
By M. Bedolla

Ok you can chose a lot of song’s it will be hard at first but you just have to have practice don’t get get mad at yourself you can do it it just needs practice . So you should get this app The songs are I little different
By gggggghhhhhhggfffhhdhshvd

It tricks you into thinking you’re playing the song. 🥱
By cuno84

It is great they have such good Quality and great songs and also surprisingly I’m pretty good at it most of the games I downloaded NEED free trials but this app has a choice to do it or not overall a fun app. One thing if possible to change let the real singers sing the song.
By Bre Bre 0610

Hopscotch: Back to Childhood

Ice Rise - Up the Boat