Be prepared and plan smartly with global minute-by-minute and street-by-street hyper accurate forecasts, rain and snow alerts, air quality maps and wind speeds. ClimaCell’s unique forecasts are in use by industries, from aviation to on-demand players, who can’t afford to make a bad call based on weather. You shouldn’t have to either. What people are saying ? The Washington Post - “Alerting you when it’s about to rain, down to the minute, all around the world.” Mashable - “Bad weather is one thing technology won't let us escape, no matter how hard we try. The new ClimaCell app will at least help you be prepared.” Fortune Magazine - "The new app gives forecasts for precise areas, as small as a city block" ClimaCell’s MicroWeather - based on data from the connected world, traditional data sources, and new, cutting-edge modeling - is hyper accurate, specific and relevant to your life. • By-the-minute, by-the-street forecasts up to three hours ahead • High resolution: weather analysis at 500 meters resolution • Refresh: updated forecast every minute • Stay safe with severe weather alerts and safety tips from the National Weather Service.   What our users are saying? "Best weather app! I absolutely love this weather app! It alerts me when it’s going to rain, has an easy to view radar map on the home screen and is extremely easy to navigate through. I would choose this app over Accuweather, which I have used for years!" - Bchan80. "Super accurate weather app This is the coolest weather app. The data is the lost accurate and precise by far. Better weather prediction and user interface than Dark Sky. If you really want to get accurate weather, check out Climacell." - Markymark7419 "Accurate and easy! Love this app! It’s a game changer. So much more accurate down to the minute, for example I’m an avid biker and motorcycle rider, knowing when and where the rain will come with this level of precision is awesome." - RBrider65 Hello #OutsmartWeather ----- Privacy & Feedback • Our Privacy Policy can be viewed here: https://www.climacell.co/consumer-app-privacy-policy • Our EULA can be viewed here: https://www.climacell.co/consumer-app-agreement • If you have any questions or suggestions about our service, please do not hesitate to get in touch at chat@climacell.co 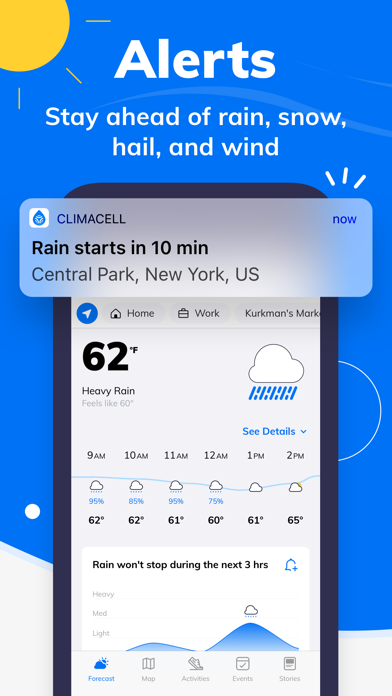 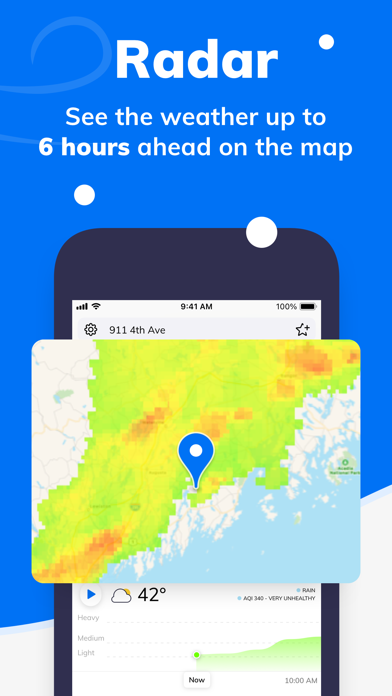 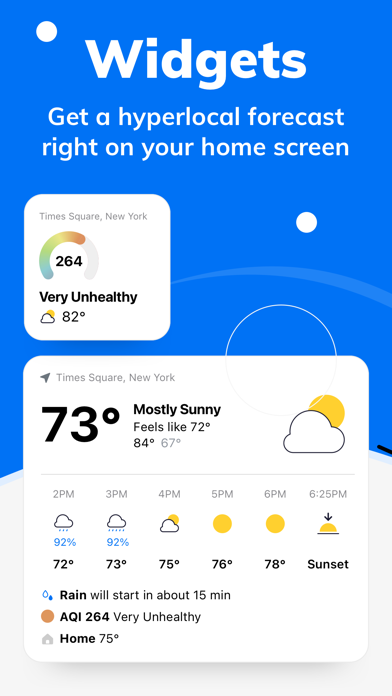 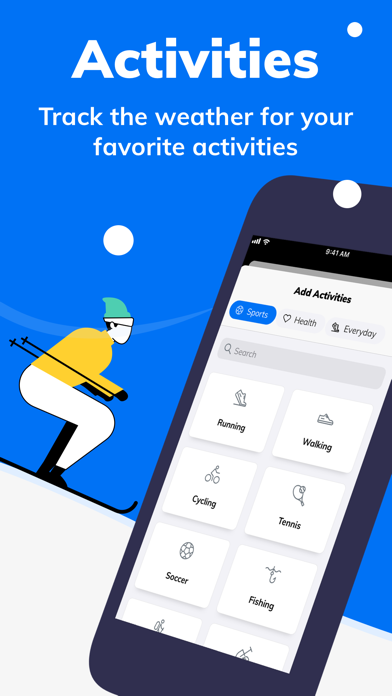 Temp on the widget doesn’t update

I really like the app except I have consistently had an issue where the temp on the widget is wrong because it’s not updating. I have to double check it on the weather channel app, which defeats the purpose.
By ncky4

ClimaCell is a staple among my friends and family. It notifies me when snow or rain may begin or stop, which helps me plan when to walk my dog. The radar map has multiple view options, giving me an in-depth look at what’s going on in my neighborhood. Finally, the experience is polished off with great news and content about the weather.
By daily SaaS roundup

Wonderful
By Being me772

Compared to all other, simply the best

I’ve tried basically every other worthy weather app (and everything in between), and ClimaCell takes the cake. Most apps are just skins on top of DarkSky, and where DarkSky fails, ClimaCell succeeds. It’s more accurate at predicting PNW convergence zone than any other weather prediction sources. The UI is refreshing to use and simple. I feel the app is even useful without subscribing, which most apps lock 90% of the features behind a paywall.
By jpspyro

Best around, but I hesitate

So clima-cell dislodged the weather channel app as my favorite weather app. It does seem to be the best weather app around for day to day forecasts, for tightly localized areas. I live in northern Colorado and I’m a daily motorcycle rider so I need a dependable accurate forecast. If I get caught in a snowstorm it could go badly for me. Climacell gives you the ability to tightly localize your weather area and that is one of its advantages over other weather apps. For example I have one locale for home and one for my office, they’re separated by about 12 miles. They differ, sometimes significantly, like snow/no snow and perhaps as much as 10 degrees. I’m no the kind of reviewer that gives out many 5 star ratings, so a 4 star from me is what would probably garner 5 from someone else. I mean, 5 stars means perfect, nothing could be improved on in the app. So I hesitate to give anything 5 stars, even a weather app as good as this one can be improved on, but it is the best around right now.
By Max Performance

The reason why I did not have five stars is because the app will not give a ten days to thirty days forecast .
By Gfuel.com

Have used quite a few weather apps... this is my favorite. Once I downloaded ClimaCell I deleted the others.
By Roboishcop

I’ve already been suggesting this App
By Devin0506

Need more color. Very dull opening screen. Also arrangement could be better. It is hard to focus on the present screen. Need a monthly planner.
By hawk1050

The only thing lacking is wind prediction which as a hiker and outdoorsman is good to know.
By h1k3d