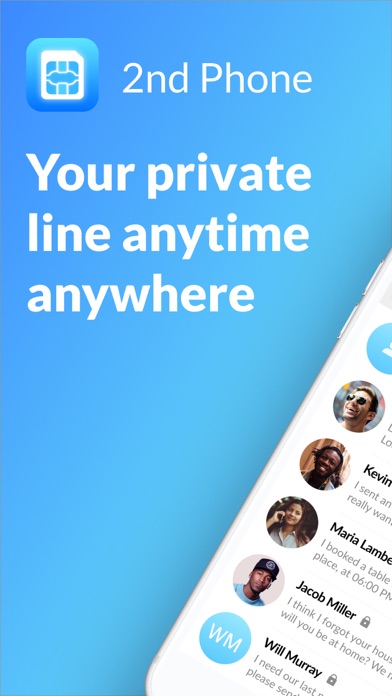 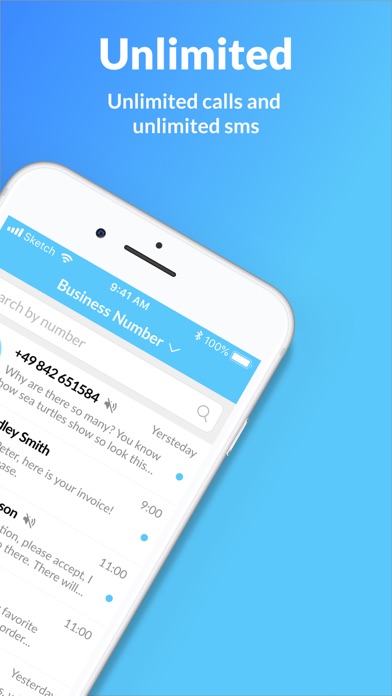 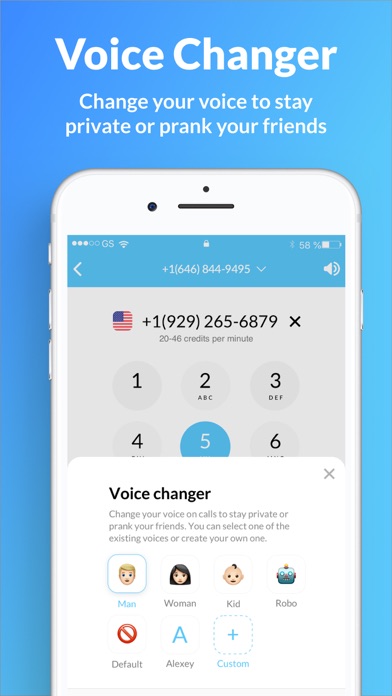 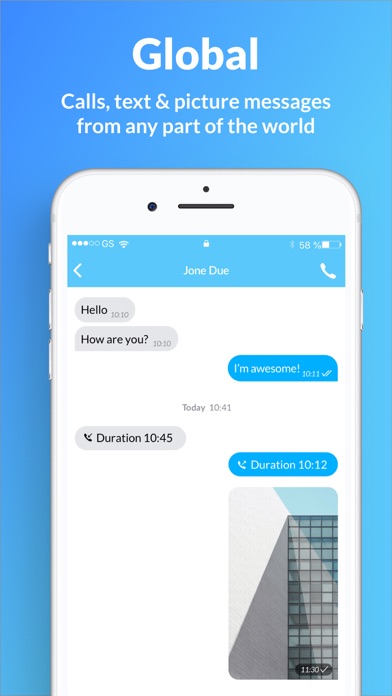 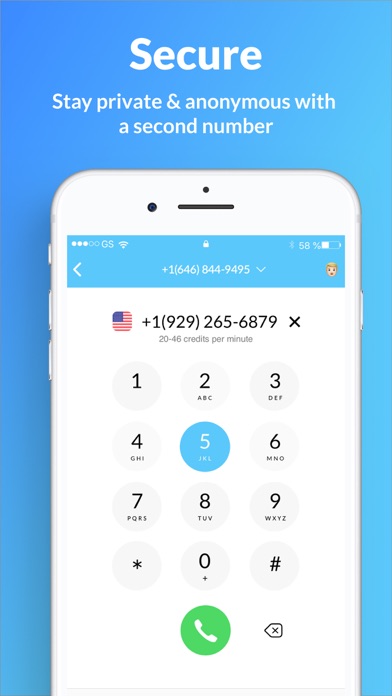 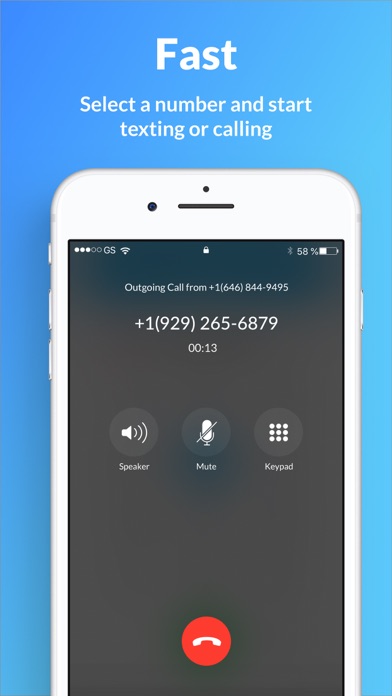 Are your numbers Non VOIP numbers or not?..
By RicharDONCHECK

Dońt be fooled in assuming that the $69.99 that you pay for year of service is actually for a second line and the ability to make and receive calls. On top of the subscription, you have to buy credits to able to actually USE the service. I can only imagine that the positive reviews were posted by the owners or employees of the SCAM. Íll be making a formal complaint to the Better Business Bureau and to Apple for allowing this sham to operate on the App Store.
By Fenian1965

I’ve been using this app for over a month. I have 3 numbers. I am NOT a new subscriber. I paid $23.99 for 10,000 credits. I did not receive the credits I paid for. Not only did I not receive the credits I paid for when I contact their support to complain they repaid me with a double charge & still didn’t give me what I paid for. So now I’ve been ripped off by $47.98! Your response should not be you can cancel. I don’t want to cancel. Give me what I paid for or give me my money back! Since they have ignored all of my requests I am forced to file a complaint with Apple. Consumer Affairs, & the attorney general. Seriously over $47.98. This is how you repay people who use your app & bring you money? You don’t give them what they paid for & when they complain you double charge them. You guys are the worse! UPDATE 3-2-20! Like a big dummy I paid for more credits & got ripped off again. I thought maybe something was wrong & maybe they fixed it. Nope! They took my 11.99 & didn’t provide the credits. I also had over 2k credits & now only have 4. I can’t use my numbers. I guess this is how they repay people who complain instead of being a business of integrity. They respond only to make it appear they are providing customer service but aren’t doing a thing. I was told to contact by email. I HAVE CONTACTED 6 TIMES AND THEY DONT RESPOND! THIS APP IS A RIP OFF IT IS A CON. IF IT WEREN'T THEY WOULD ACTUALLY RESPOND TO FIX PROBLEMS WITH THEIR APP & NOT STEAL PEOPLES MONEY.
By Woo1977

Failure to assist in stopping charges

Emailed so many times

I emailed so many times to cancel it yhe free trial but no one responed. I NEED to CANCEL it now. Not working at all and it lasts only for Five mintues if it does
By 654654Zz

I wanted to try out this app

I just wanted to give this app a try because I could use a second number and after realizing I can’t receive verification codes I tried to find a way to deactivate my account and there’s absolutely no where to do that. Please help me deactivate my account before I get charged. As soon as possible. Thank you
By cj1101001

How do I stop subscription
By dwayneboosie

Rip off! Don’t waste your money with sneaky weekly subscriptions

Not only do you have to pay $7.99 WEEKLY for this app, you have to buy credits on top of it. I tested a message from a mobile to the virtual # assigned by SIMLESS and the messages 6 minutes later. On top of all that, the UI is garbage.
By Georgi-Whoa!