Deer Calls & Hunting Sounds brings you proven, high quality sound bytes to keep you ahead of the game. HD Sounds include: - 19 deer call sound bytes - 10 deer call sound mixes * Optimized for low power usage * Customizable sound repeat frequency WARNING: You must consult your states laws and regulations prior to the use of any electronic game calling equipment, including this application, specifically for deer hunting. Have questions? Feel free to email us at mwnbdc@gmail.com. Enjoy! 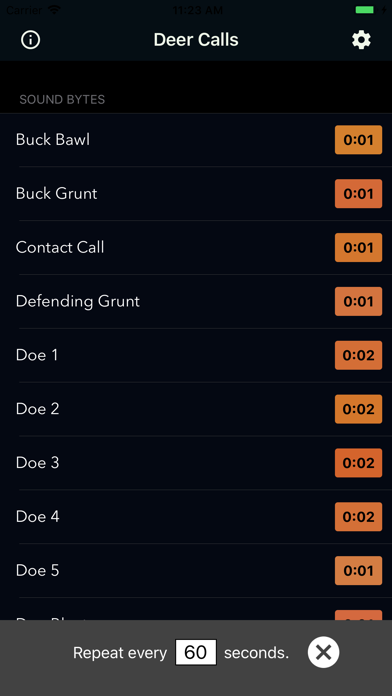 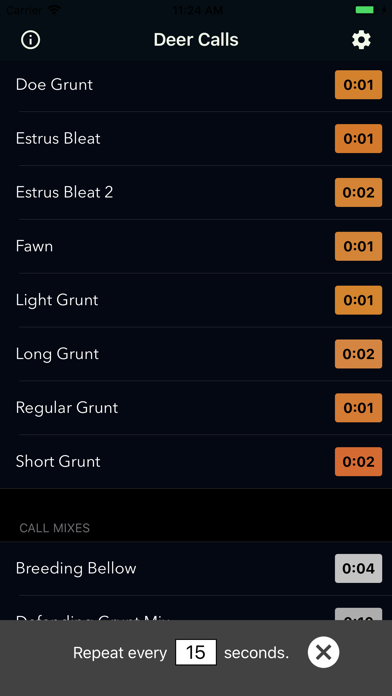 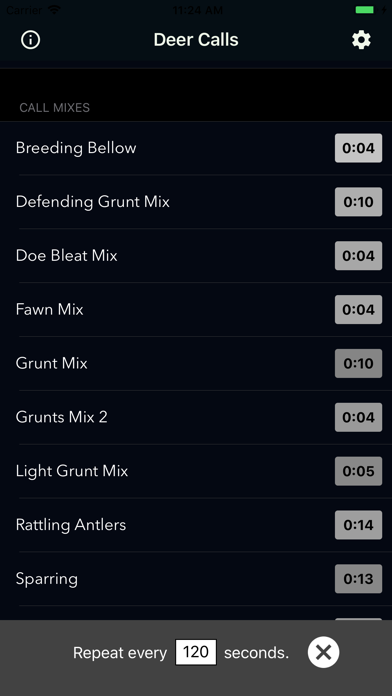 Some of the best sounds I’ve heard on an app. My only suggestion would be that down at the bottom where it shows how long the intervals are that you add a countdown.
By Brandon356890

I purchased this app for my phone... can I share with my son or does he had to buy as well.
By TomaldDrump

Had this for 2 years now last year i had issues with the timer but the developer was great emailed me many times and got a fix out. I got a doe early bow 2019 with the fawn mix and a buck gun season with the dow mix. So far this year 2020 iv seen a bunch of deer come running after i called just not the one im looking for. Awesome app
By SgtFrog

Downloaded the app after frustration with the free app I had been using. Used doe 1 two times about 6 mins apart. A few mins later a long horn spike walked out and came within 30 yards of me. Let him walk in hopes of seeing him in a couple years. My only critique would be is that it would be nice if there was a play button to initiate calling. I accidentally called once trying to look through the calls bc of cold fingers not working quite like I wanted them too. Very good quality sounds tho.
By Jcdunk

How do I get a refund?
By hmbevins

Okay, I never write reviews but I had to for this one! I was sitting in the tree stand and download it just to see. I played around a couple minutes hitting some of the doe and fawn sounds. Within 5 minutes I see a some movement out the corner of my eye. It was a coyote running across a clearing. He was on the hunt, looking for his next meal. I hit the fawn again and he came right back out. Needless to say, it didn’t end well for him... Hopefully next time it’s a deer!
By k passa toro