Block and limit screen time. Keep kids safe and focused with the most comprehensive and easy-to-use parental control app for devices at home and on the go. Circle Parental Controls gives parents screen time control whether kids are playing their favorite online game, connecting with friends or doing schoolwork. Circle goes beyond setting Time Limits and Filters with additional features like Pause, History, Rewards and Bedtime. Parents can customize screen time and WiFi control based on their kids’ ages and their own family preferences, and even limit or block social media. SET ONLINE SCREEN TIME LIMITS • Filter: Choose appropriate (or block inappropriate) content by age with web filters. Even block social media. • Time Limits: Set daily screen time limits for popular apps and sites. • Pause the Internet®: Make the Internet stop for every family member (or just one). MONITOR AND KEEP TRACK OF ONLINE TIME • History: Check out sites kids visited (or tried to visit) throughout the day. Or go back as far as you’d like for screen monitoring and phone monitoring. • Usage: Get a complete picture of your family’s Internet use, across all devices. • Location: Keep track of your kids through their mobile devices. Monitor kids’ phones to keep them safe. BALANCE TIME ONLINE AND OFFLINE • Bedtime: Ensure your kids get the sleep they need. Set a bedtime for connected devices. • Rewards: Celebrate good behavior by giving a little extra online time just for the day. • Focus Time: Schedule distraction-free Internet time for school, homework or offline time. Start managing your family’s online screen time today with a free trial to access all of Circle’s WiFi blocker, app blocker and premium parental control features. Circle’s WiFi manager, Internet and website blocker, and mobile device management make for the most robust screen time parental controls available. Kids can use the Circle app to keep track of their own screen time online with a personalized dashboard. ———— Circle Home Plus — sold separately Need an in-home device to manage online screen time on smart TVs, video game consoles, and computers? Manage all Wi-Fi connected devices in your home with the Circle Home Plus parental controls device. Learn more: meetcircle.com Not for use with Circle with Disney or Circle on Netgear routers. ———— Need Help? If you have any questions, need help with Circle, or want to provide feedback, please contact our Support Team: help@meetcircle.com support.meetcircle.com ———— Subscription Pricing & Terms A Circle subscription is required and gives your family access to every Circle parental control feature. Circle Subscription comes with a FREE trial period (for new premium members only). The Circle subscription is an automatic renewing subscription. Your subscription will be charged to your iTunes account at confirmation of purchase and will automatically renew unless auto-renewal is disabled at least 24 hours before the end of the current period. Subscriptions are billed at the start of each period and cannot be refunded. Subscribers can manage subscriptions and disable auto-renewal by visiting their iTunes Account Settings after purchase. Privacy policy: https://meetcircle.com/privacy/ Terms of use: https://meetcircle.com/license/ 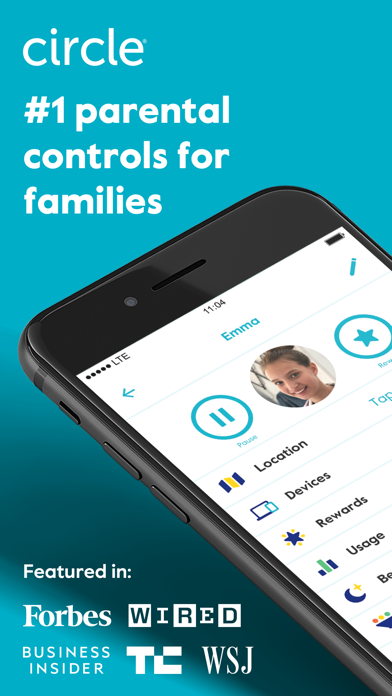 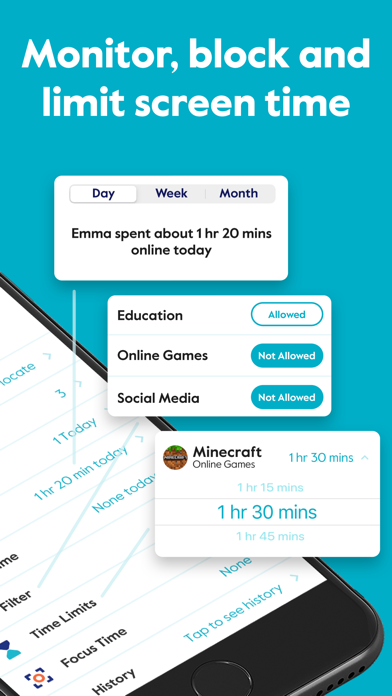 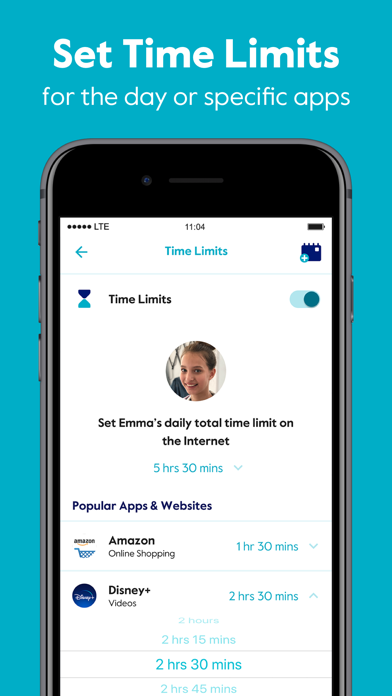 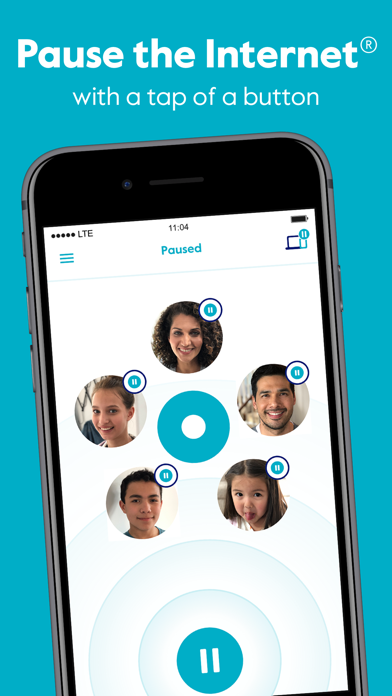 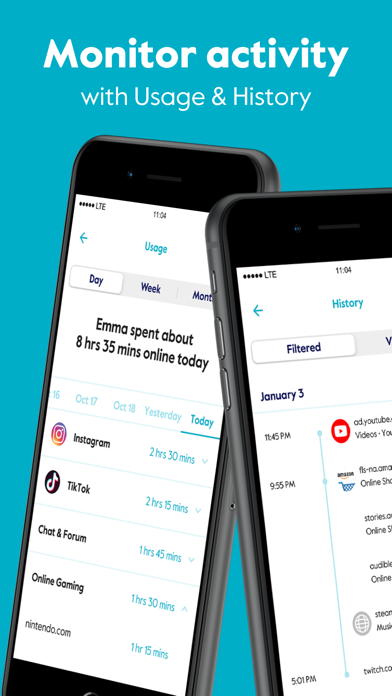 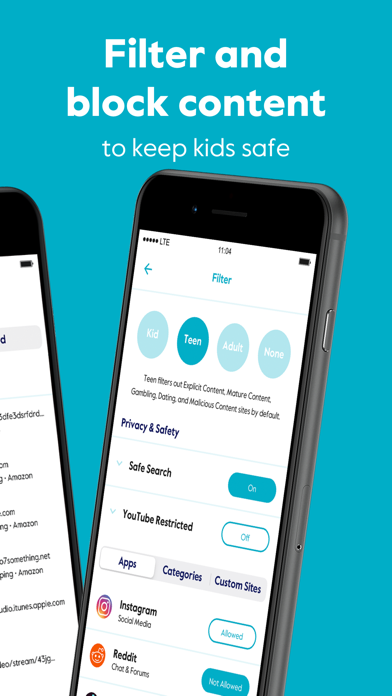 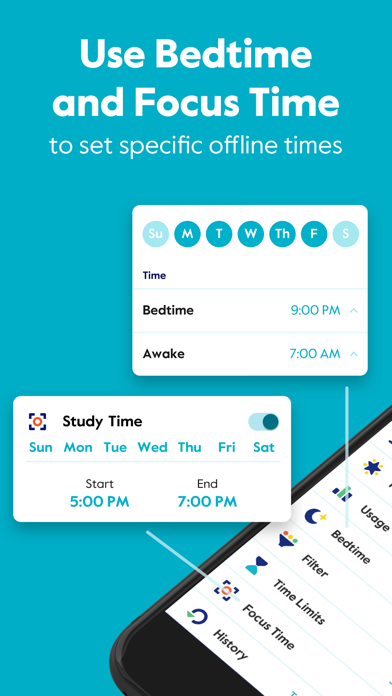 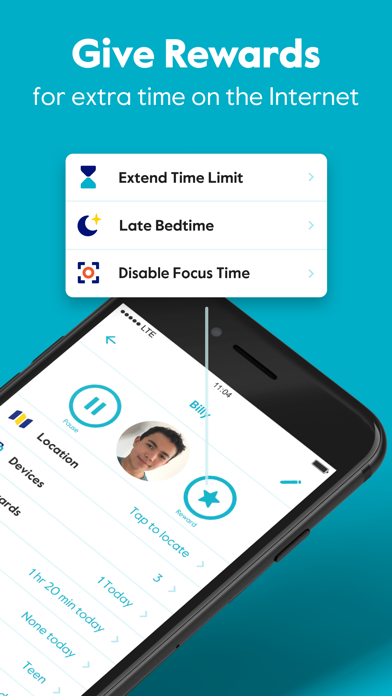 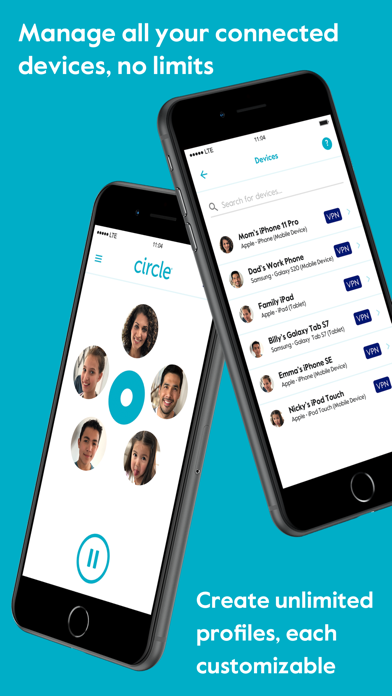 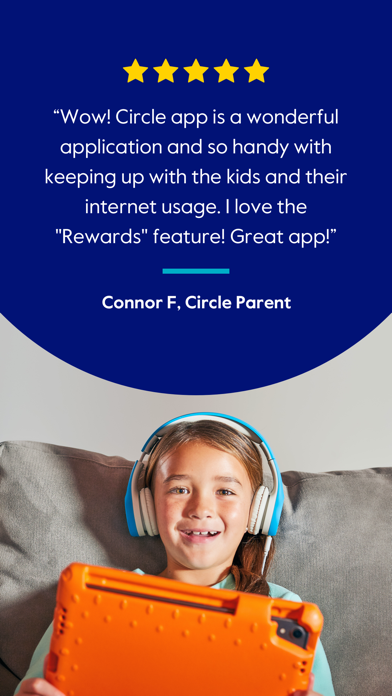 I absolutely hate this app, it restricts children too much, and doesn’t let them do anything whilst on music, safari, etc,
By Skunk_in_ PJ's

Thanks for contacting me about getting things working. But by the time it’s set up right my two week free trial will be over, and I still won’t have gotten a chance to see how things really work.
By Jcb3333

Solutions! There’s a much better way…

This app has a great concept, and in theory it should work, But it doesn’t. First of all, the responsiveness of the app once you have it installed on a device is sub-par. Half the time it doesn’t actually unpause a family member or unpause the WiFi. Next, YOU ARE WASTING YOU MONEY. Circle limits you WiFi to 100mb. If you pay for any sort of data for a cellphone, or anything more than 100 mb for your wifi, circle will limit your WiFi speeds to the point where websites take 30 - 40 sec to load before you get a no internet screen. You have little to no internet access when you install this, and if you use the internet even remotely often, it will be a nightmare trying to get anything done. This circle box is a cheap modem that was used way back in the early 2000s and it isn’t even all modem! It has a backup battery in case a child tries to unplug it. As far as mobile goes, it still has all the same problems of the WiFi attached version. It limits the speed of the data and it has the route every input source using data through a circle server. Again, unresponsive and slow. Solutions: If you would prefer not to have unbearably slow WiFi and data, then I would go with a system that is actually installed on the individual device. Also, avoid getting 3rd party software unless there isn’t some sort of solution put out by the manufacturer of your device. Apple devices: Apple screen time. It’s built in, you can set app limits, bedtimes, controls on who your child can receive calls and texts from, and all the good stuff circle offers without the negatives. Android devices/chrome books: since every parent who has a child in school has a school issued chrome book I would recommend Family Link, by google. All google devices will work with this and it is very similar to the last option, better WiFi and data speeds, as well as similar level of control. (Note, your school most likely already limits sites, apps, and content your child can see) Windows: As far as I know, there isn’t any official parental control software by Microsoft, but there are plenty of 3rd party options for a windows device. Plus, with android apps coming soon in windows 11, there is bound to be even more options for parental controls. In conclusion, circle basically renders any device you have useless. The concept is great, but the hardware isn’t there. I would recommend the options I listed, or any other option that doesn’t attach to you WiFi and data connection.
By jackiebrown562

Many extra devices keep showing up. They are hard to identify and it’s taking more time than I would like to figure it out. Not as easy as expected.
By thoughtfulparent

Psssst kids here’s how to get it off your phone

So I’m 12 and my mom has this app on my phone. It is annoying. If you have an Apple, go to settings and search vpn. Then click on circle local vpn and click delete. This will work without deleting the app. You are welcome, this trick has helped me a lot while I wanted to go to a blocked site.
By DuckDogPigSquid3000

I’m frustrated by the fact that my kids can just shut off their laptops and turn them back on and join circle as an unmanaged device….
By Itsafulltimejob

I signed up for the two week trial not realizing I would t get a notification when the two week trial was up. Needless to say- on the first day my son figured out how to disconnect the VPN and it was over for me then. Now I have the payment of a year subscription charged to my account. 😩 for an app that my teenager outsmarted.
By Leonna W

We’ve used this for a year but we’ve found a flaw that they system seems to have to allows my children (pretty easily) the ability to bypass the system. Despite have restrictions and bedtime set up, I noticed on the filter history they were using it after hours. I could see that they were logging onto filter sites but Circle wasn’t stopping them and they were online outside of filter time. They’re are no settings for parents to prevent someone/child from setting up VPNs on their computers. It’s frustrating how limited the system is
By fastandfuriousminivan

Vpn does not work

I paid for the subscription for this app and my child constantly keeps turning off VPN and she turns off connect on demand too. What is the point of this app if the child can outsmart it. The support is non existent it keeps taking me to FAQ but no phone number or email to reach out to. It is a complete bunch of junk. Wasted so much of my time trying to figure out how to use this app.
By frustrated_app_user