The time of the apocalypse has come! Decide the fate of the planet. Your goal is to destroy all of humanity in a hundred different ways! ● Collect sins on the planet ● Uncover disasters by reading their description and ● Choosing the strongest ● Summarize the destructive power of disasters ● Stop mankind's rescue operations. ● Be the best destroyer! The game contains the ability to create an apocalypse at different times of mankind in 14 scenarios: 2020 ► Ecology ► Space ► Wars 2013 ► Monsters ► Mystic ► Anomalies 2113 ► Technology ► Globalization ► Astronomy ► Food 1666 ► Diseases ► Time of kings ► Magic Make your choice wisely! 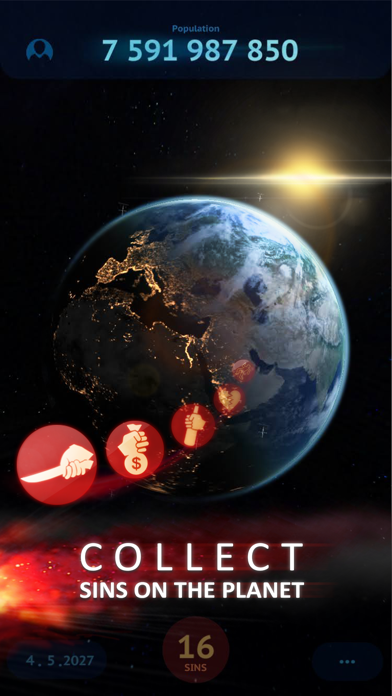 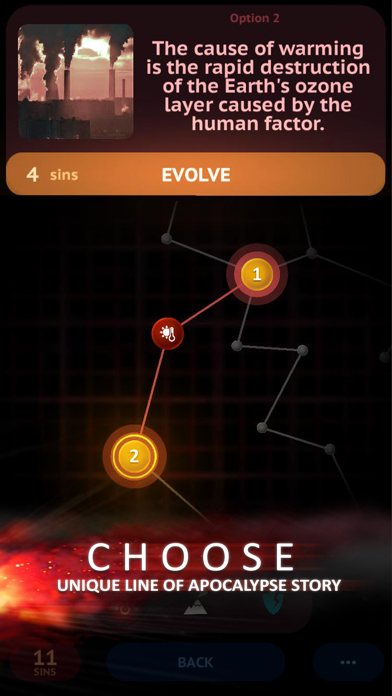 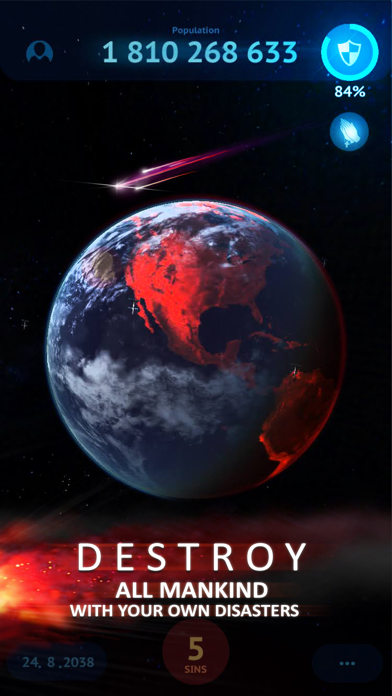 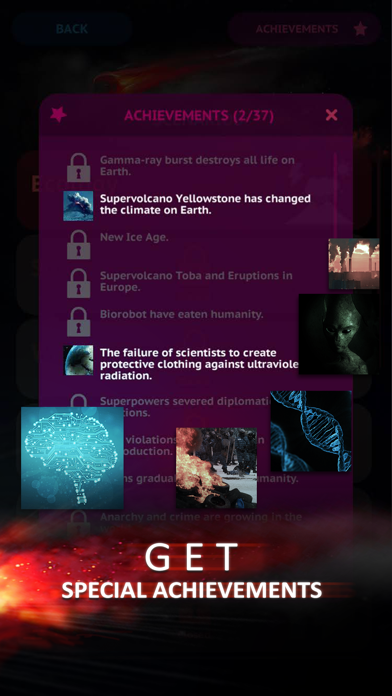 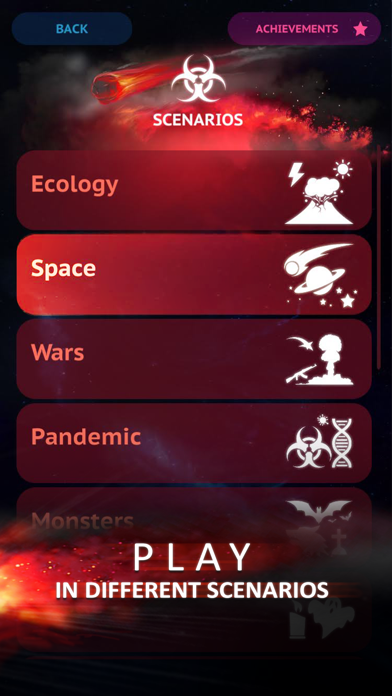 This is probably one of the best apps that I have played. I love how it kills time and boredom.
By 13F Gavin

I can’t imagine why this app costs money. It’s a terrible knock off of plague inc except there is less randomization, only a few scenario paths you can go down, and not really much variety. I wish I could get a refund....
By Thats cool1111

You have to get the exact scenario to beat each on otherwise you are stuck just waiting for the end of the game.
By ipockat

Not worth the price tag. The game is trying to be Plague Inc. without all of the charm and challenges that made Plague Inc. successful. A basic game session of Apocalypse Inc. involves you tapping on icons that randomly generate on the globe to farm “sins”. You then invest sins into various nodules to advance your apocalypse scenario with the goal of reducing the human population to zero. However, the game provides little to no information on how you are doing. It is impossible to judge which of your decision will reap the most benefit to you. You’re left to test out all options until you hit the right path that will net you human extinction. There is no skill or decision-making invoked. Just pure brute forcing the system until you win. Unfortunately, the game does not let you refund or re-do your path. Once you select a path, you’re stuck on it until you reach the end as the game locks you out from all other decisions for the rest of the session. If you choose a path where it allows even a single human to survive, you will lose the game and you’re forced to wait until humanity beats your apocalypse. An unnecessary waste of time. This is most apparent, and most aggravating, in the third scenario of the game, War. Many of the options will not be enough to let you win the scenario. When you do manage to pick the right scenario there is still a chance you’ll lose the session because it’s so late into the game when you achieve the winning result that the game is near to beating you and the population is not falling fast enough. The game is also riddled with typos and grammatical error, which honestly gives me a dim view of this game and developer. To me that reeks of laziness, that the developer was trying to jump in on the Plague Inc. name to make a pretty penny. “Atheist people” is such a ridiculous phrase. Do yourself, your wallet, and the App Store a favor by skipping this game and letting it fade into obscurity.
By Writer_A

Do not buy this game, it has no real choices. The game feels more puzzle-like, as there is only one correct sequence of “choices” to win each scenario. Your money would be better spent on anything but this.
By Ellie S. Rose

Fun at times but unrealistic

I don’t recall there being satellites in the 1300’s correct me if I’m wrong. The storylines are good but I would like to see the effects on earth, not it turning red as people die.
By Pg022684

At first I thought this was just going to be a Plague Inc ripoff, but it’s very different with a lot more scenarios. Nice way to pass the time.
By Eej