Whether you’re running to lose weight, training for a 5K, or tracking distance, pick up your pace with audio workouts led by a personal running coach. Give us your goals and time commitment, and we’ll tailor a weekly running plan for you--from 15-45 minute runs, fitness intervals to endurance runs, on the treadmill or outside. Through it all, your coach will be in your ear guiding you through every jog, sprint, and straightaway--or choose open runs when you want to take off on your own. Then, when it’s time to cool down, follow our simple stretches to keep your runner’s body light and limber. Track your mileage, pace, and calories by linking your account to Apple Health. You can even connect your own music for a playlist that keeps you moving. Whether you’re looking to get started in a new activity, get fit, or get faster, choose the running app that really goes the distance. Download the app for your very own FREE guided run. You can cancel your subscription or free trial anytime by cancelling your subscription through your iTunes account settings, or it will automatically renew. This must be done 24 hours before the end of the free trial or any subscription period to avoid being charged. Subscription with a free trial period will automatically renew to a paid subscription. Please note: any unused portion of a free trial period (if offered) will be forfeited when you purchase a premium subscription during the free trial period. Subscription payments will be charged to your iTunes account at confirmation of your purchase and upon commencement of each renewal term. For more information, please see our Terms of Service (https://dailyburn.com/terms) and Privacy Policy (https://dailyburn.com/privacy.) The services offered through the app are designed for informational purposes only and your use of these services is solely at your own risk. You should consult your physician or other health care professional before starting this or any other exercise or nutrition program to determine if it is right for your needs. 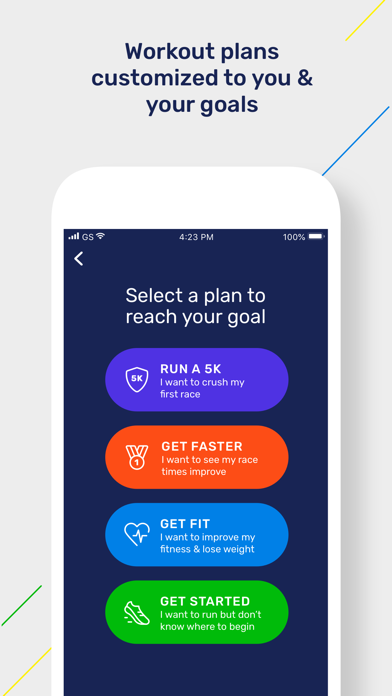 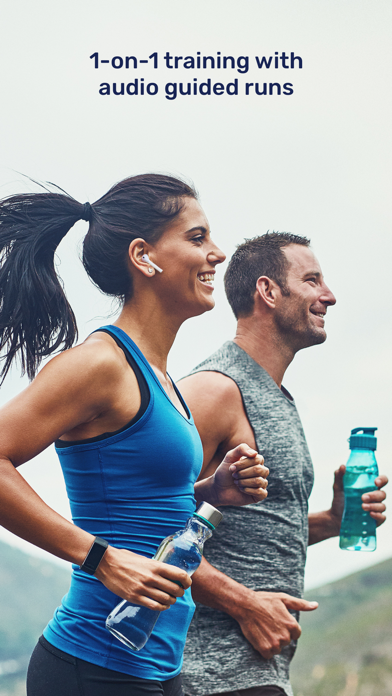 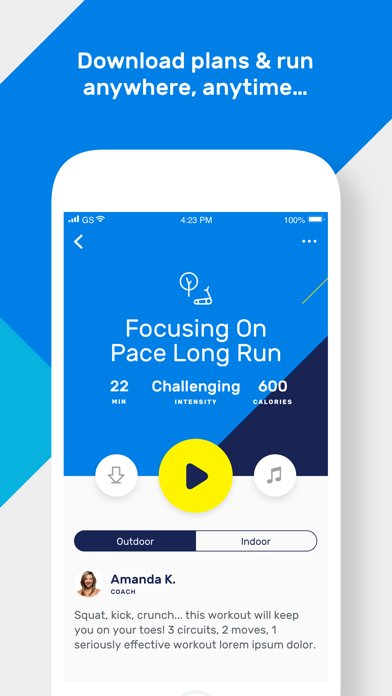 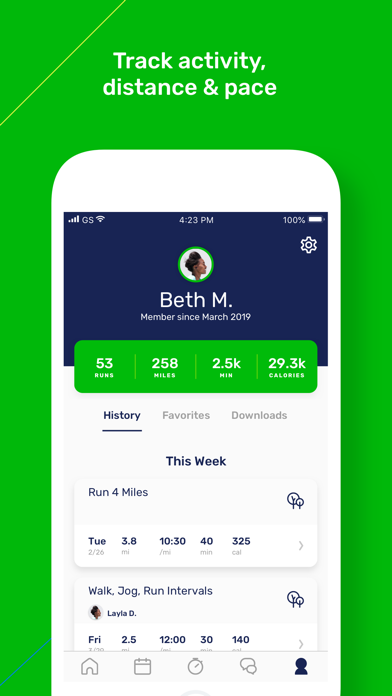 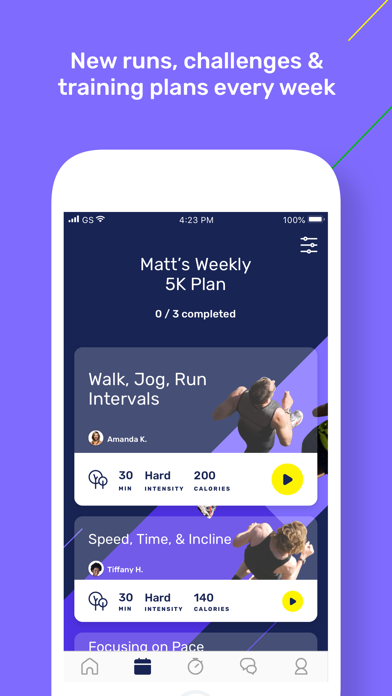 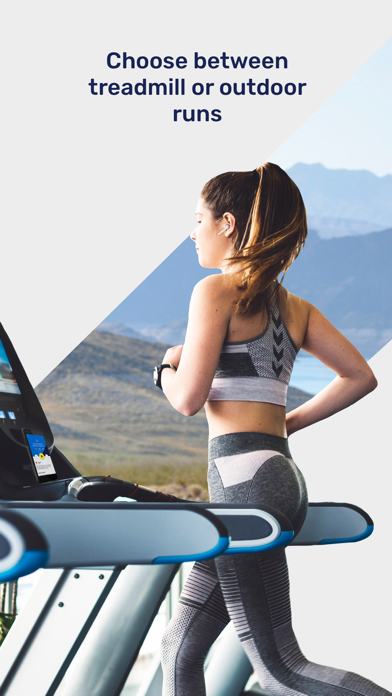 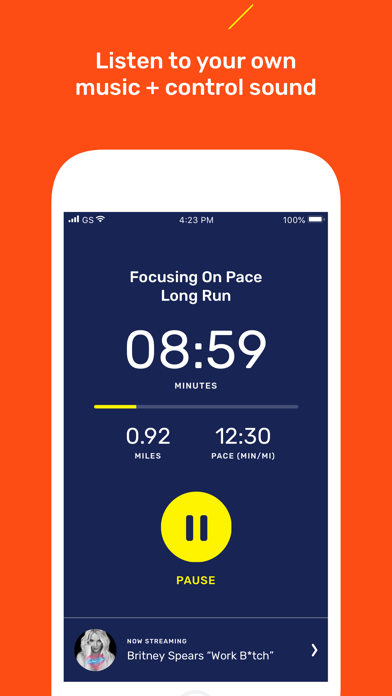 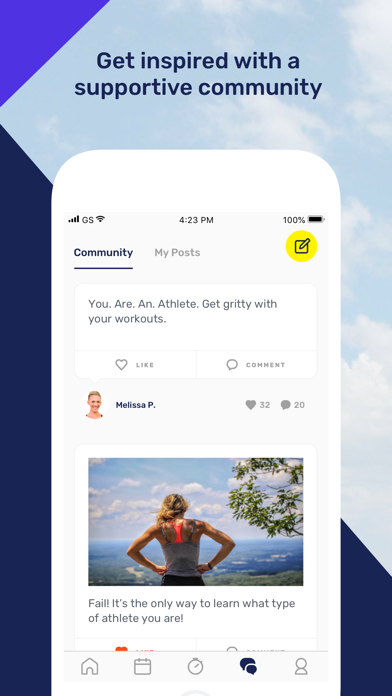 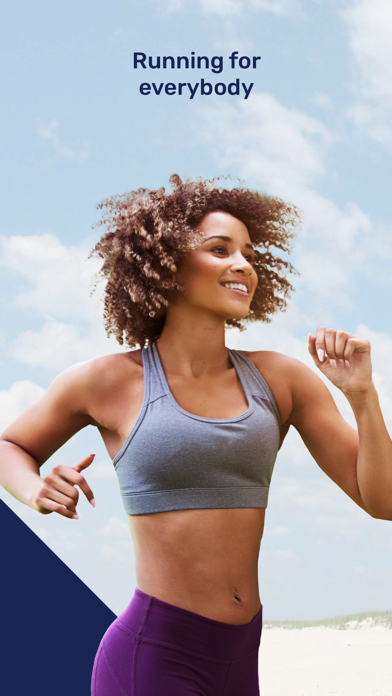 Have been a Daily Burn user for about 3 years now, and recently started using the running app as an additional workout tool. I love it! So much variety in the runs you can choose from, and the cues from the trainers are a huge help in making me a more efficient runner. Love Daily Burn!
By MichelleMooreFL

Same comments as everyone else, but now my last two runs, the pace has been wildly inaccurate. I checked my pace mid run, and it said I was at like 1200 min/mile. I’m not very fast, but I’m not that slow! By the end of my run, it tracked 51 min/mile and said I’d only gone 1.2 miles, though I know the route I did was closer to 3.5 miles. So disappointing! Is there any way to fix this?
By RunDMC_283

I want to love it more!

I love the workouts. The coaches are great and the music is good (plus I love that you can play your own music and still listen to the coach). I admit I was disappointed that this isn’t included in the regular Daily Burn subscription. And as others have pointed out (with the most recent being in May and I am now writing in October), the dates are wrong. The app says that today, October 7th, is a Sunday, but it’s a Thursday. It also says that my run today was a 5.5 mile run, but right before I hit finish on the workout it said it was 3.6 miles. So, the app has all these cool aspects about it that make it superior to all the other running apps I’ve tried, but it got such simple and important things wrong. If they fixed those issues it would be perfect.
By Skarre13

This would be a 5 star app if the developers had fixed the issues that everyone has pointed out since the app launch. Comments on comments mention the dates recording incorrectly which have never been fixed and that every once in a while a run won’t be recorded meaning you get to chose if you want to re-do the run or just skip having that run recorded and the app saying you didn’t do it. The recordings, coaching, and programs are fantastic so it’s a shame they haven’t been able to upgrade the app. I started doing the 5k program when I was running around 2 miles and worked my way to a half marathon. The program is awesome. It’s not super expensive so to me it’s worth it for the coaching runs. I do wish there were some longer runs though. I think the longest run is only 48 minutes so sometimes I’ll listen to two long runs or just let the music play. Music is great as well.
By Court5477

Love this new app from DB! It’s so user friendly with a TON of variety! Totally pulled me out of my runners rut! Thanks DB!! Highly recommend!
By ldhair

Truly. I’ve had them all. Peloton/Aaptiv// you name it. Although I do feel like all are good quality, this app is different. It’s not just challenging for every runner, but the coaches are fantastic. I can’t believe I only now just found this gem. I canceled all my other running apps. Take my word for it, no one should be disappointed with this app
By Nick8642

It’s not free and without a subscription you get extremely limited training runs. Better to just fine any number of training plans online and forgo this useless app.
By aishku

Ran my first 5K ever!

I just finished running 3.2 miles for the first time in my life. I completely credit the amazing coaching happening in my ear while I run. It’s made all the difference.
By Grover409

There are many things I like about this app. The price is right, and I like the recommended workouts for your week based on your goals. However, there isn’t much in the way of app info (like I had no idea my week would auto-restart on Sunday). I have also followed the “turn around” prompts for all 5 workouts I’ve tried so far and have NEVER been home at the end. I’m usually a good quarter mile away (maybe they don’t take the warmup time at the beginning into account?), today was their absolute worst, though; after a 3 mile “Challenging” workout, I was more than a mile away from home!! I wish there were an in-app feedback/comment section on each workout so users could earn if such things
By johanna.margaret

At Home Workouts by Daily Burn