The world has been overrun by demons and there’s only one chicken that can stop them. How? By smashing into them head-first. Why? I’m not sure. Super Fowlst is an an action game about dodging bullets, squishing monsters and grabbing loot. There’s sprawling stages to conquer, huge bosses to defeat, and all manner of gadgets and gizmos to interact with. Trade your treasure for cool powers like egg bombs and rockets so you can really show those demons who’s boss! - Unlimited, procedurally generated stages that are different every time you play. - Simple controls: touch the left side of the screen to hop left, right - side to hop right, swipe up to use the item you are holding. - Smash demons in half! - Buzz saws! Turbines! Tubes! Stalactites! Pinball flippers! Other stuff! - Huge bosses! - Two dog heads held together by ghosts! - Trade your loot for powerful upgrades. - Big explosions! - 30 unlockable characters! - Secrets! - Shoot rockets out of your behind! - Super Fowlst! - It’s very good! 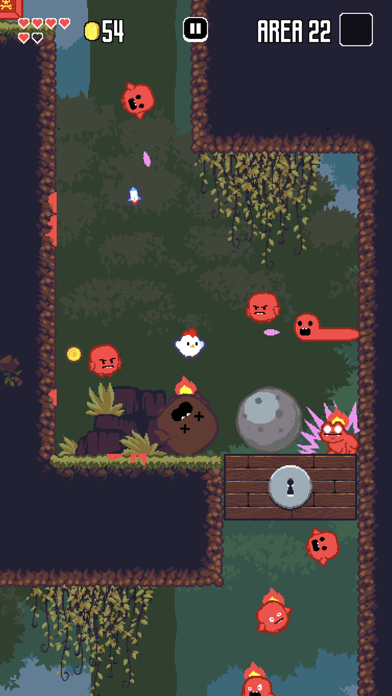 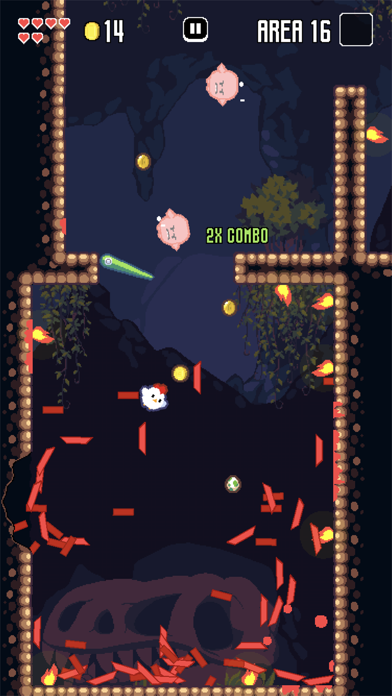 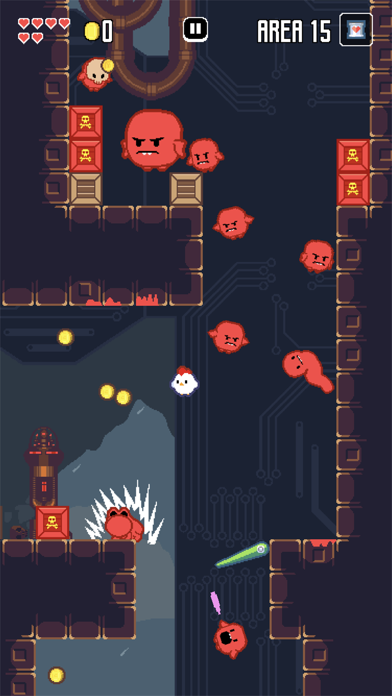 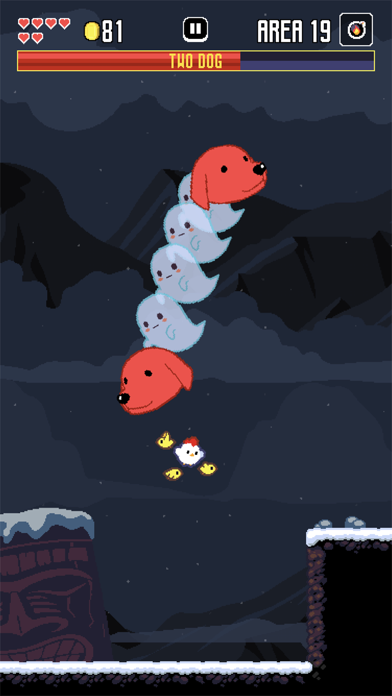 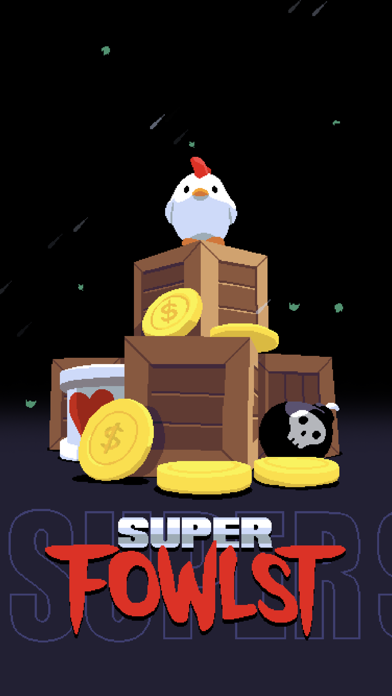 Overall great game fun monsters, ghouls, cute characters, etc. I have only 3 complaints. Three lives, really? You die in about three seconds and it takes some luck to get them back, smash crates and get a 8% chance of a med kit, maybe add 2 more lives? Just a suggestion. Second, the advertisements. I know you get money by promoting businesses but this is a little overkill. Ad after ad in the middle of the game. It makes it extremely frustrating when you get an ad when you get down to one life. Come on. Lastly the springs and fire on the walls make you die in seconds maybe have two springs with two fireballs in a room? Not eight of each in every other room. I hope you take this in. Thanks!
By HaloHorns

I honestly don’t care if some the game is locked behind a membership let the developers be. This is a perfect game keep up the good work.
By noob a this game

It’s rare I come across a mobile game that actually works as a game and not just an idle time waster to keep me entertained during boring movies. Hats off to the devs, very well done. I took off one star because I wish unused powerups wouldn’t be erased by picking up new ones. Maybe they could stack up to 2 or 3 at a time. Great game, though, thanks for your work on this!
By Sock_Bread

Thank You for reducing ads

So, I downloaded this game about 6-7 months ago, and was almost instantly shot in the face by Playond's stupid "give money or no game" system. I am not a big money spender when it comes to mobile games, so i uninstalled and forgot about it. Fast forward to today, i am browsing Action games, and i see Super Fowlst. the main reason i was intrigued was the absence of the Playond diamond in the icon. I also noticed the newest update reduces ads. I redownloaded, and am now glued to this game! Thank you for removing the shady pact with Playond and now the game is available to enjoy for all. cheers, A user
By xdboi520

Super fun but some things could be better

I’ve had the game for 2 days now and it’s been super fun. The art styles great and I always want to come back and play more. There’s just a couple things that bother me. The movement is a little to limited. It would be nice to see a dash move to help dodge shots, hit enemies, or even just move through the stage. Even if it had a cool down it would make movement way better. The second issue I have is that bosses are pretty bland. I’d even say some bosses are easier than the small red dudes to defeat. Bosses having more moves would make the fights way more fun. Edit: After playing a little longer I’ve noticed two more things. First off moving and attacking opponents in the water is very annoying. The water just slows you down and is bothersome. Second, what do the upgrades even do? I know they’re labeled but I don’t see any difference, except for the health. The upgrades don’t really appear to change things. It’d be nice to see a difference in game, so rockets and eggs look different and a magnet shows up when you attract items to you. Also a better description of what each upgrade does would be nice and it tells you what changed when you upgraded. Edit 2: I’ve been playing for 3 days now and I’ve found another issue. Enemies should only shoot when on screen, I often get shot by off screen enemies that I can’t see and die. Also I’m excited to try out Super Fowlst 2 Those are my only issues with the game. Other than that the game is super fun and I would totally recommend it.
By C&E Productions

Best game in a long time

The only game on the App Store that isn’t full of ads between every turn! This is such a breath of fresh air. Super fast gameplay and you get one skippable ad once every 5-10min which is totally reasonable. Love it! Super simple controls and endless action. Lots of bouncing and fun exploding things. Absolutely addicted. Could use some more variation down the road, like some more upgrades and customizing because I maxed my bird in about a week. The levels are awesome though because they don’t repeat! No boring going back it’s always fresh. Well done bro!
By T2024

Fun Game, Paid for it still get ads

this game is very fun but I am sick of getting ads. how many times must I buy this game before I no longer get ads? I’m probably going to delete it because it is so annoying
By Vernonxhx

I’m seriously addicted to this game. I’m on level 680 and have only had it for around 2 months! I love the graphics, the characters and how you can level up your skills! The game is hard, but not too hard.
By fletherthedog