"Discover the funniest multiplayer physics puzzle platformer! In Human: Fall Flat you play as a wobbly human who keeps dreaming about surreal places filled with puzzles where he’s yet to find the exit. Exploration and creativity are key, as every option is welcome! MASTER THE WOBBLY ART OF PARKOUR You can walk (kind of straight), jump, grab anything, climb anything, carry anything. Mastering the moves will be your first delightful challenge. SOLVE MIND-BENDING PUZZLES Explore 12 open-ended levels full of challenging puzzles and hilarious distractions. Try new paths and discover all the secrets! PLAY WITH FRIENDS, FAMILY, OR TOTAL STRANGERS Work together to achieve any task - or spend hours pranking each other in the craziest ways possible. Play with up to 4 players for wacky mayhem! CUSTOMIZE YOUR CHARACTER Dress your human in dozens of silly outfits. Be a dog, ninja, princess… whatever! Mix and match with endless combinations. The worlds may be fantastical, but the laws of physics are very real! Follow us on social! Discord: https://discordapp.com/invite/505games/ & https://discord.gg/hff/ Twitter: @505_Games & @HumanFallFlat Facebook: https://facebook.com/505Games/ & https://www.facebook.com/humanfallflat/" 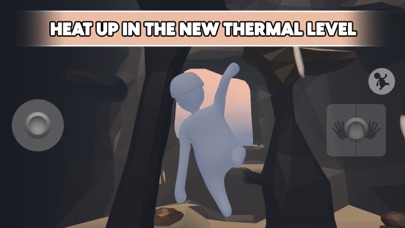 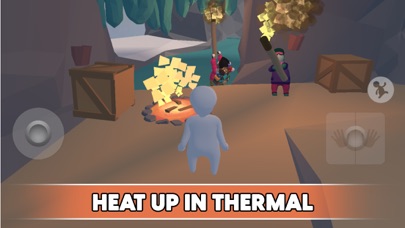 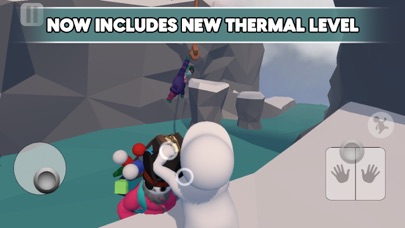 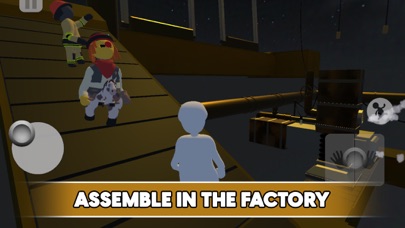 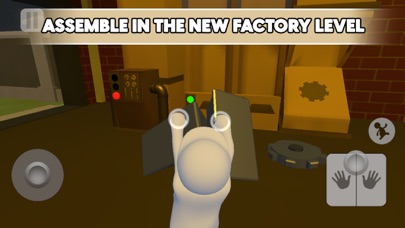 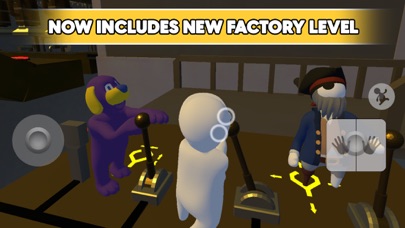 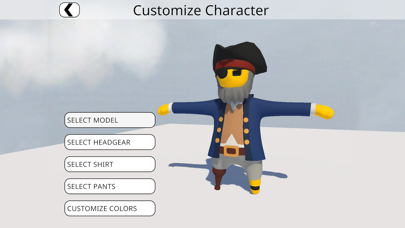 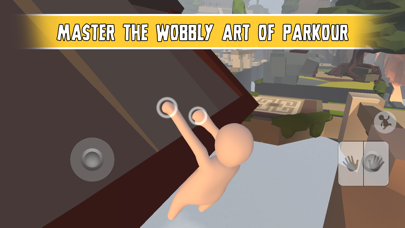 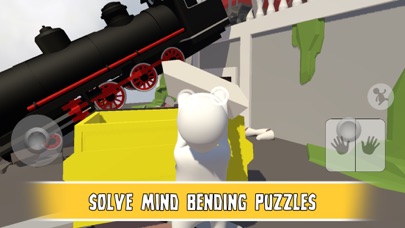 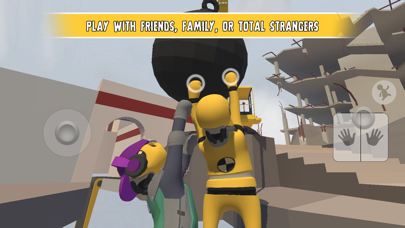 One of my favorite games but this would make it better

Human fall flat is my favorite game and I am pretty good at it if I don’t say so myself. This game is the only game where lagging can be hilarious and the credits are fun. After all the levels my friends and I have found ourselves not knowing what to do and being a bit bored doing the same thing sometimes. I try to get them to play hide and seek or do something. I think what would be a huge hit on this game is a make your own level. Where you can get any parts from other levels and more to challenge your friends and just have fun making it. And lastly a face section in the character costumes would be nice.
By SakuraSugarCookie

The pc version is way better

It is so freakin hard to control.
By bubble boba

I love the puzzles In this game can be done by one and work faster with two but the only issue is multiplayer lags. I can’t make precise movements unless I’m host.
By Krazykaleb274

The game is good

I buy this game to find out that we can’t join each other because we were on the same iCloud account.
By cutiebear12354679810

This Game is amazing but needs some work...

This game is amazing! I love the online feature so your friends can join. The game is really fun with all the puzzles and game play involved, gameplay 8/10. The only problem is the puzzles are to hard and it takes to long to beat the puzzles to get to the 2nd part of the game. They should make it so you choose weather or not you want to play the 1st part, puzzle 6/10. Other then that the game is really good, 1 of the best purchases I have ever made! Hope this review helps anyone that doesn’t already have the game.
By hgrbth

It’s good but there’s a problem

First it’s like hilarious to OK to really annoying!! You are a ragdoll!! The most hard of the game is climbing!!
By HamsLang

this game will be better if ur had first person
By jayden.sizemore

Brothers: A Tale of Two Sons