Anonymously meet strangers, share secrets, ask questions, kill time, no one can judge you because no one knows you! Chitter is the best app to randomly connect with girls or boys in no time. The app is free to use and will remain free forever! Features: - No login or sign up (completely anonymous) - Chat with girls or boys - Fast & reliable random chat Chitter does not tolerate any bad behavior and may block anyone who violates the rules which include but are not limited to: - Teens aged less than 17+ are not allowed to download and use this app - No pornography - No spam - No bullying - No personal data For more information, please refer to our Privacy Policy & Terms: https://chitterapp.com/terms.html P. S. Chitter is not affiliated with Chatroulette, Omegle, Hot or Not or similar services in any way. ----------------------------------- Chitter provides two premium subscriptions: - Weekly ($4.99) - Monthly ($9.99) The benefits of the premium subscription is: -No Ads -Having unique colored messages when talking with others -Ability to send GIFs in your anonymous Chat -Ability to Filter the users by gender If you choose to purchase a Subscription, payment will be charged to your iTunes account, and your account will be charged for renewal within 24-hours prior to the end of the current period. Auto-renewal may be turned off at any time by going to your settings in the iTunes Store after purchase. Prices are in U.S. dollars, may vary in countries other than the U.S. and are subject to change without notice. No cancellation of the current subscription is allowed during the active subscription period. Any unused portion of a free trial period, if offered, will be forfeited when the user purchases a subscription, where applicable. If you don’t choose to purchase Chitter subscriptions, you can simply continue using Chitter for free. 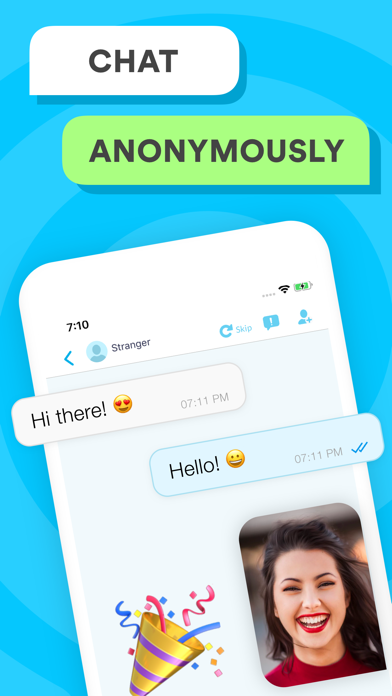 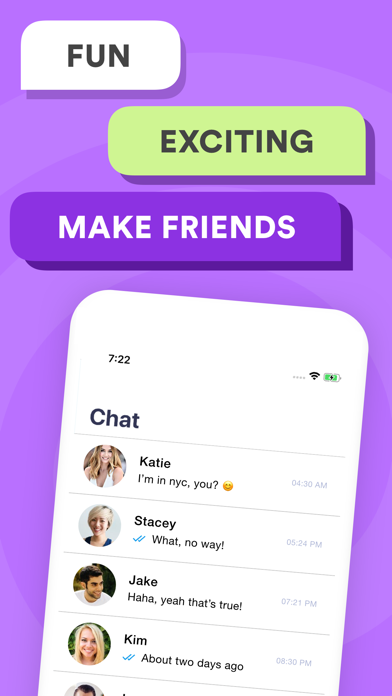 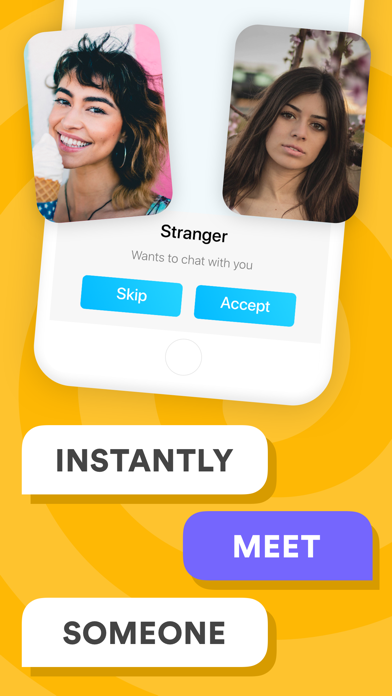 This app is nothing but guys now all looking for a girl to trade pictures with, note, the girls are usually lesbian, or underage, deleted it because i kept getting strange error messages composed of numbers and letters. wouldn’t recommend this app if youre doing the same stuff as everyone else ive encountered on this app.
By gcr58

Good idea, and a few normal people, but almost everyone is asking for nudes
By ffsfijvdst

Didn’t upgrade my account to premium after it made me pay(without my consent) twice as much as offered.
By jsnsosbms

just like every other app. people are looking for nudes. the first message i got someone was looking for snapchat friends with benefits.
By jenny_utah_girl

Not what you’d think

Its hilarious finding guys on here lol. Im having a blast messing with them. 10/10 would do again 👌
By Mysteryman;)

This app is full of scammers and catfishes.

I just wanted to chat, you know nothing wrong and now this little 16 yr old boy is blackmailing me into sending nudes. Great app people. Don’t download unless you want to be catfish.
By ...............ʕ⁎̯͡⁎ʔ