Romance? Garden? Puzzles? YES! Lily’s Garden is all this and so much more. Renovate the garden and solve challenging puzzles with this new relaxing and romantic FREE match-3 blast game! Help Lily renovate her great-aunt’s garden to its former glory and match flowers to solve challenging blast puzzles. Dig into a romantic love story full of twists and turns as Lily interacts with a cast of colorful characters. Match flowers & start your garden makeover – play with themed boosters & renovate the areas with dozens of customizations options! Discover hidden areas and choose among hundreds of flowers for your decoration project! Sit down, relax and enjoy this puzzle game enriched with a beautiful romantic story! Start your makeover now! Features: - RENOVATE, decorate and expand your garden with unique locations that tie into the story! - MATCH flowers and solve hundreds of addictive blast puzzle levels! - ENJOY plot twists in the story and uncover hidden secrets and mysteries along the way! - EXPLORE the garden with its hidden objects, dozens of flowers and unlock hidden areas - RELAX and live a romantic story with funny and heartfelt dialogue! Flowers are blossoming and Lily’s garden is ready for its makeover! Are you ready to decorate and renovate this beautiful garden? Lily’s Garden will be updated with more blast puzzles to solve and more romantic chapters regularly! Already played and enjoyed the game? Stay tuned for updates and drop us a review! Facebook: facebook.com/lilysgardengame Instagram: instagram.com/lilysgardengame 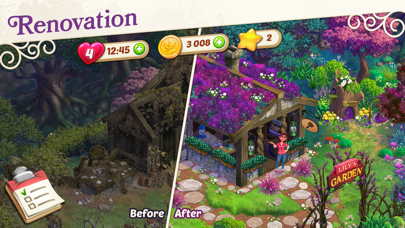 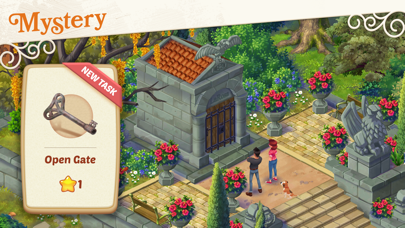 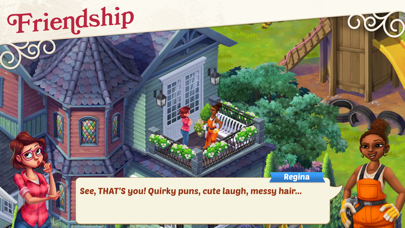 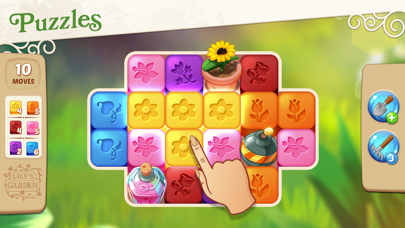 Been enjoying this game until a glitch on level 4589 made me lose a significant rocket run. Needing six more yellow squares, the flower color generators simply stopped working, no matter how many times I did a match next to them. No more yellows, so level cannot be completed. I replayed and everything worked, but the run was over. Of course it’s just a game, but I’d be really upset if I had made a bunch of purchases only to lose the progress on a system error. I suppose after 4500+ levels to only encounter one program error is pretty good.
By Mark4589

Too easy to go in debt

I agree with the reviews that say this game is too expensive. The in game purchases are ridiculously expensive and it’s way too easy to make the purchases without thinking too much. The game is addictive and fun but it is very dangerous to play it and it can quickly drain you of all your money. I have stopped playing this game five different times and do keep going back because it is one of the better ones out there for what it is but I have now decided that I will not spend any more $
By bankruot

I love having the option of playing both a game to play, and a story mode to customize your own house and garden. Plus the characters are fun!
By Over nyan thousand!

Really great for a while

This game is similar to Gardenscapes with much more attractive garden design options. Uses color burst game to progress thru story, which I enjoy more than yet another match 3 game. Game is stingy about giving the most effective power ups (trowel and rake) but gives lots of the less useful boosters for free. Very playable for first 100 or more levels, but as I got higher the levels got a lot harder. Some seemed impossible to do in the turns allotted, with other levels in between that often can be won on the first try. I sometimes needed to play one level over and over for days but they have started giving free power ups when I get stuck, which is really good. On the down side, they seem to have lost the artist who understood garden design. After the initial 30 day story, we start taking out nice hedges to replace with 3 choices of ugly hardscape walls, replacing attractive wrought iron gates with three tasteless options, removing nice flower beds we've already restored earlier to redo them with options all of which hold far too many plants for the space, wrong colors, and way out of scale to the size of the building. The story itself has also begun to really struggle.
By Bess55

Good game with a fun story
By Trenee51

I love this game
By Heidicl

Addictive and fun game!
By triipletm0m

I have reached level 2785 and cannot play anymore because the app keeps crashing or won’t open at all. I loved this game....sad
By averbride