All your favorite readings contained in one place for both hardcore fans and first-time comic readers! Toomics is the top premium subscription webtoon service with every genre and fantasy imaginable! > Find Only on Toomics Exclusive titles from professional artists in the industry! Set your eyes on the jaw-dropping, full-color artwork and stories! You won’t be able to find this new addiction anywhere else! > Keep Track of our Daily Updates New episodes updated weekly for all series so you can read your favorite comics everyday! Delve deeper and deeper everyday with endless updates and new series! > Check Out your Favorite Genres! Action, Romance, BL, Drama, Thriller and everything in between! If you’re an avid reader and you’re looking for something new, then look no more others! Explore all our best and hottest titles, and experience the best quality you deserve! > Binge Read All with One Click! Upgrade to VIP membership to read all webtoons ad free! Why wait when you can read it all with the click of a button? You’ll never want to stop scrolling! > Manage your own Favorites Fill your own personal favorites with comics of your selection so you can keep track of your favorites! Don’t forget our personalized recommendations if you ever need more! Web: https://www.toomics.site/en Facebook: https://www.facebook.com/ToomicsEnglish/ Instagram : https://www.instagram.com/toomics.en/ customer service email : en.help@toomicsglobal.com (Operation time : 10:00am~6:00pm (KST)) Privacy Privacy : https://www.toomics.site/en/help/private_terms Terms of Use : https://www.toomics.site/en/help/access_terms 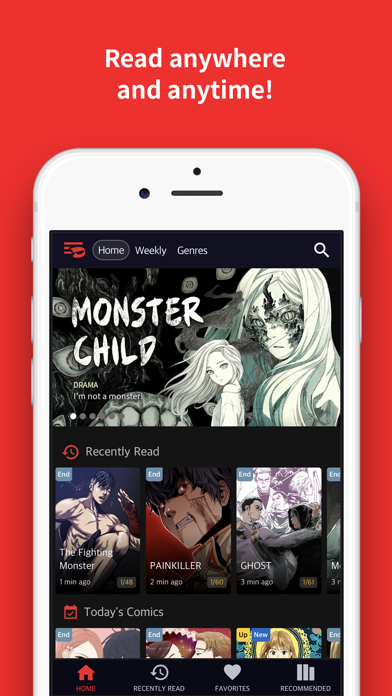 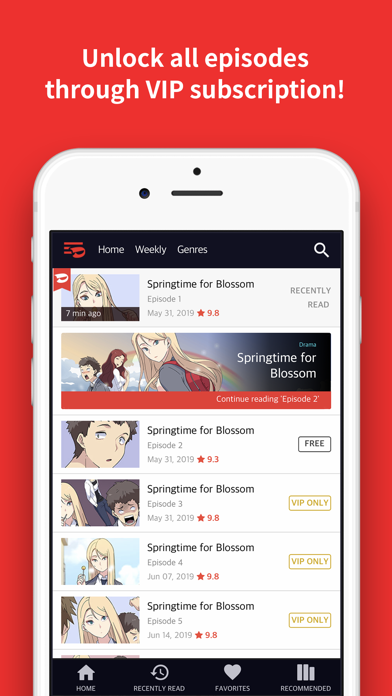 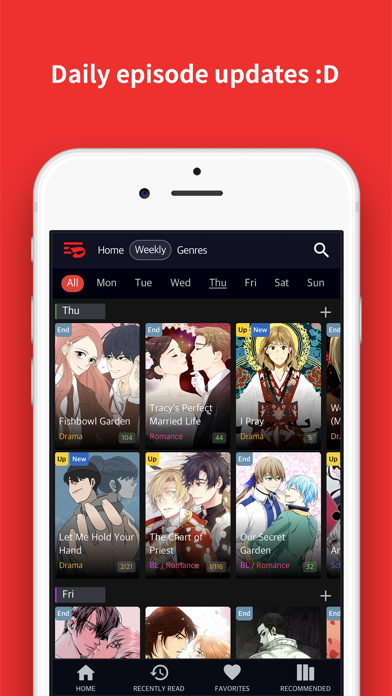 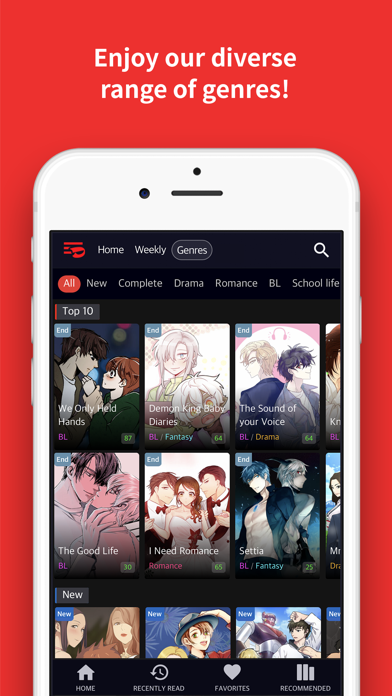 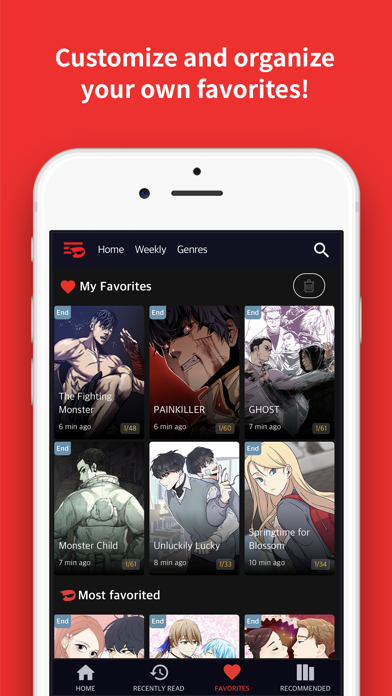 This app is just simply amazing.
By Tjmurc

So before this app there was no vip thing and for some of the comics u would get a free episode every week but now u need vip to read further. I even made an account and started reading again and u couldn’t get passed the first episode without getting hit with the vip sign. Now how are u going to know if u like a comic without the reading the first three episodes. You can’t tell what the plot is gonna be by just the first chapter. Usually it’s just a visually picture of the summary.
By keke71805

Not Even One Star

App constantly signs me out. I even paid for VIP. Waste of money. I’m sick of always signing back in and there’s just so much more issues with this app, can’t believe I wasted money on such a horrible app.
By CJ The Great 1230

The problems I have with it

I first got this app because I wanted multiple apps for comics, and there was one comic I loved reading called “I choose you!” Plus I heard good things about this app. In my experience lots of the comics had VIP only. I still found a few which you would unlock every week and read them. I usually only check this app a few times a month. I went to check on the app recently and found almost all of the comics I really liked had become VIP, and I was almost done with them. another point is unlike WEBTOON where everyone gets the episodes of a comic unlocked at the same time, so if you pick up a comic that already has published 50 eps, you can read those 50 until you catch up. I don’t read on this app as much so I don’t know if it has contests like WEBTOON but on WEBTOON there’s usually atleast one contest a month where you can earn enough coins to unlock an episode and read ahead. Also everything on WEBTOON you read you can get for free if you wait. I guess the main problem with this app is you can get around not using money on it. If your able to pay money for it then overall it’s a fine app, the stories are good it’s just frustrating.
By gacha fan forlife

I’ve had a Toomics account for more than a year. At first I didn’t pay much attention to the VIP status or coins needed to read already ended stories. And so I went ahead and started reading about 6 different stories that were updating weekly. I went on a break for a month after following these stories for more than a year and once I reinstalled Toomics I found that though they hadn’t ended you had to have VIP status to read them. Now I can’t finish them and I’m not getting VIP considering it costs more than Netflix per month. I’ll still give 2 stars because the Authors are good. The main reason people get the VIP is to able to read the sexual content from a browser but since this is the App Store I believe your aims should be a little different considering you can’t read those on here.
By Roma.T

App has been in the App Store for a while and has been garbage since day 1. Sorry TOOMICS but you creaky don’t care about your app enough to give it bug fixes. I can even read anything without it crashing for freezing. I’m not saying TOOMICS overall is bad, I love reading things on the site so don’t dis them. Great reads for sure but the app is no good.
By Billy Ready

Soooo I had originally signed up for vip access online. When I tried to download the app and log on to my account it said my email doesn’t exist! I really love reading the stories and it’s irritating that I can’t access them now.
By kristenivey8

I look a lot of the comics they have and the artwork is amazing. I don’t think I have enough time to read the ones I like.
By AUGpurple