Discover Drum Machine, the best beat maker tool on the App Store! You will make awesome beats in no time with its intuitive interface and easy to master features. Making music is now accessible for anyone: master Drum Machine and start creating your own music. FEATURES - High quality drum kits: Electro, Urban, Vintage, Classic, Techno, Percussion, Vocal... pick your favorite style! (premium version to access all) - 8 tracks mixer to mix the volume and balance the tracks. It also acts as a visual reference of your beat (premium version) - Steps sequencer to quickly edit your music - Drum pads with 8 custom pads - Templates to find inspiration and to learn (premium version to access all) - MIDI controllers compatibility to enhance your experience. Supports Midi over Wifi, Bluetooth and UBS Midi Controller Give it a try and you'll create inspirational musics before you know it! ------------------------ SUBSCRIPTION INFORMATION - Subscribe for unlimited access to our all the Premium features, all the drum kits and templates. - Weekly ($7.99) & yearly ($40.99)* - Free trial subscription is automatically renewed unless cancelled 24 hours before the renewal - Payment will be charged to iTunes Account at confirmation of purchase - Account will be charged for renewal within 24-hours prior to the end of the current period, at the same price - Subscriptions may be managed by the user and auto-renewal may be turned off by going to the user’s Account Settings after purchase - Any unused portion of a free trial period, if offered, will be forfeited when the user purchases a subscription to that publication, where applicable Privacy Policy & Terms of Service: http://musicworldmedia.com/products/drum-machine/tos *Price are equal to the value that "Apple's App Store Matrix" determines is the equivalent of the subscription price in $USD. 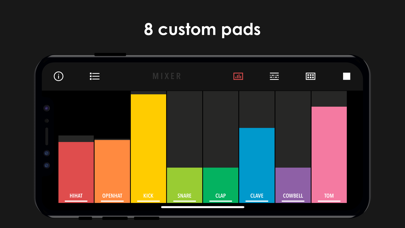 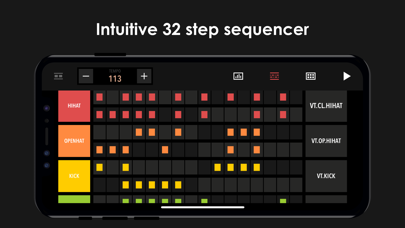 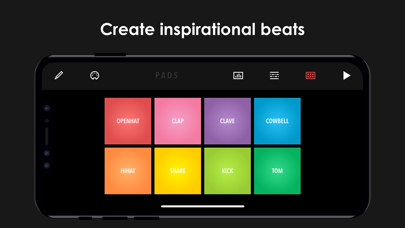 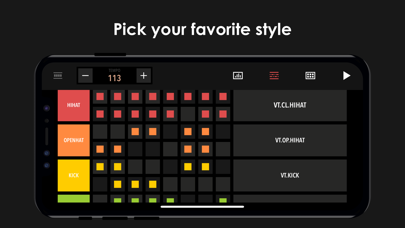 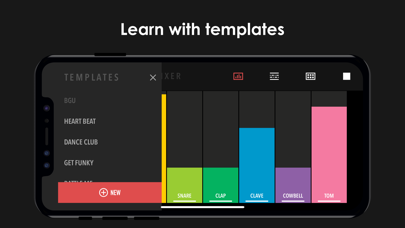 This game is awesome
By TheRealTuxedoMask

WORST IN THE UNIVERSE

I downloaded this app for an easy beat sequencer to mess around with on-the-go. I downloaded it opened it for a second, closed it, and went about my night. The next day I noticed my battery was significantly worse on my 11 pro. Odd. So I look at the battery info. This app had 2 minutes of screen-on-time, 18 hours and 40 minutes of background activity. Um... No.
By Hank of the hill

Apple. The company that won’t allow demos on the store because of “integrity.” This is literally $7.49 a *week,* friends. It’s barely worth $0.99 as a single, one off purchase. The idea that this sort of app can masquerade as worthy of purchase, let alone evade “demo” or trial status, and then be suggested(!) by Apple itself is abhorrent and disgusting. You should all be ashamed of yourselves.
By Bridogz

I can’t exit the subscription so the app is completely useless Edit: And this Alice girl I have seen in another review is fake. She doesn't exist. Everything that mwm makes is a total scam. Go do something. STOP DEVELOPING APPS!!!!
By f o xroxrjoxomrjojomjrxomjxr

Why do we need to pay?

I downloaded this app bc it was free, but once you come in you have to pay. This really annoyed me. Also your Instagram ads, why does it say “this app will ruin your life” I don’t think that’s a good idea, i checked the comments and people were saying “ok it this is going to ruin my life then I won’t download it” so yeah that’s just a tip. I don’t recommend saying that.
By i cant think of a nicknama

Give me a break. $30 a month for a basic drum app. Total rip off preying on the hopes some people don’t check their bill.
By The way out