◆ Adventure Time ◆ is fun game to prank your colleagues/friends in horror way. While the Victim is playing, a ghost suddenly and unexpectedly jump out together with unexpected scary sound. ▶ INSTRUCTIONS ◀ 1. Turn up the volume. 2. Bring the victim to a quiet area where he/she can focus e.g like dark silent room.  3. Hand the app to the victim you wish to scare.  4. Ask the person to tap on Teeths and see the magic. 5. While he/she is tapping on the teeth, they are secretly being video-recorded.  6. Suddenly ---->>>>>> BUHHHHHHHHHHH gesture with horror effect appears. 7. You got their scared moment captured on video forever.  8. Now share the video to everyone via social media ;)  PLEASE: Do not show this app to people under 12 or people with faint of heart. Also - most people will drop the phone - beware of this! Best if people are sitting down. 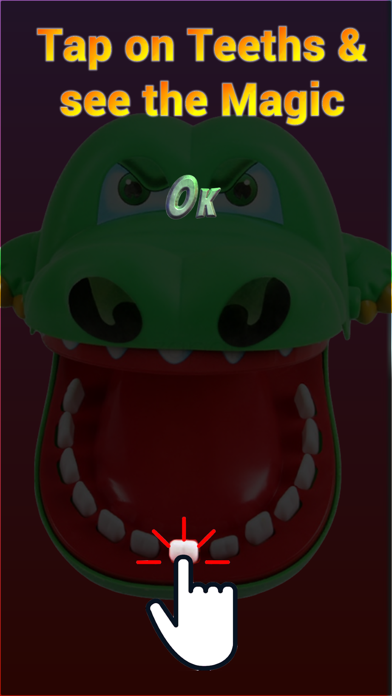 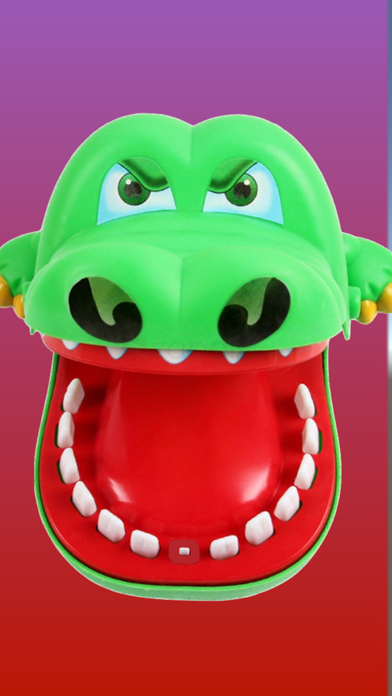 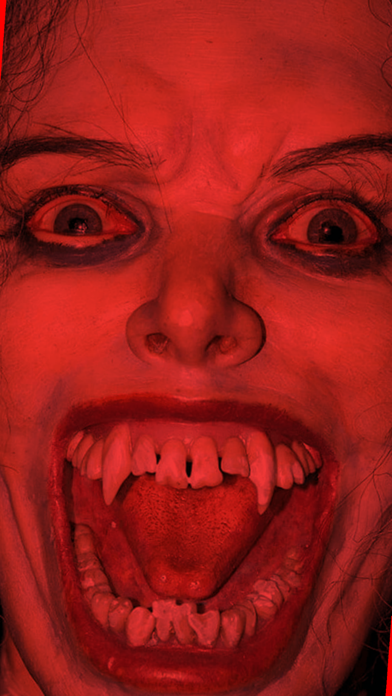 This should in no way be geared toward children. It’s a stupid app, but to ask to have all sorts of access even to the camera? Someone obviously needs to be on the sex offender registry.
By Lio0700

This game is a piece of crap

I remember looking for Adventure Time apps since my sister really likes the television show. I kept scrolling down, and found this app. I thought it looked really boring, and decided to download it for a troll. When I looked at the pictures for it, I saw a creepy girl. I got a little suspicious. But marketing for apps these days is a little weird, so I downloaded it. It downloaded quite easily and opened the app a few minutes after it downloaded. When I opened it, it had the crocodile’s mouth open and said to tap his teeth. When I tapped on them, it was asking me if I wanted them to send me notifications like any normal app did. Nothing was skeptical about that, but I declined because I knew I would delete it once I was done playing, when I declined another question popped up. It asked if I would like them to access my camera. I declined, then I started to get a little creeped out. Then when I declined (again), it asked me if I wanted them to access my microphone, then it asked if they could access my contacts, and asked about other really creepy stuff. I honestly don’t understand why this app was made. Either for a good laugh, or some really creepy guy created this. (Also, I read all the responses from the creator of this game and they were all the same. If the creator of this game actually does respond, say something else)
By Jewish rocks2234

Wants all your information

When I saw this app I was gonna leave a five star review just to be funny, but it was so bad I had to write a negative review. When I opened the app it said tap on the teeth to see the magic. I clicked ok and instead of letting tap the teeth, it asked for permission to use the camera, and I said no. Then suddenly lots of pop-ups are asking for permission like can Adventure Time edit your contacts? Can Adventure Time use your location? If course I said no to everything but the app was trying to steal my information and I didn’t even touch the teeth yet! I quickly deleted the app and wrote this review. If you read through that anyone, then I well give you 0 free v-bucks, and remember: Don’t get scammed!
By Dat Time Traveler who couldnt

Why does it sow a scary picture?

WTH does it’s show a scary picture I thought it was just if you lose you lose but noooooo it shows a creepy girl.
By CookieBoy24

How Old Do I Look.