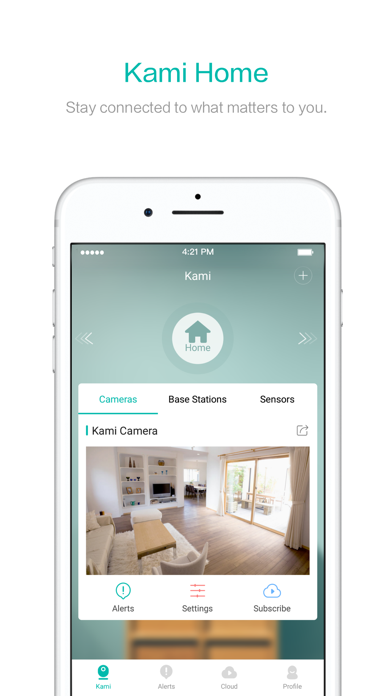 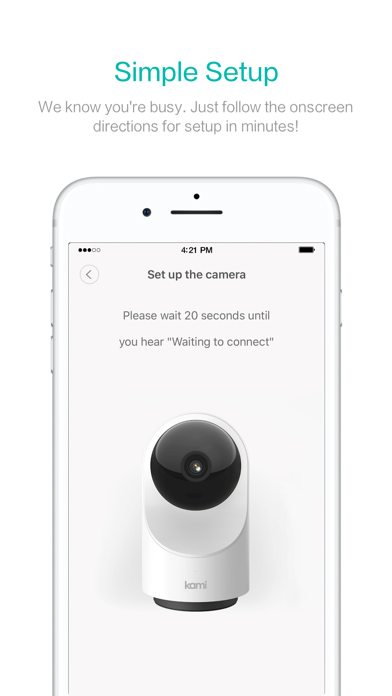 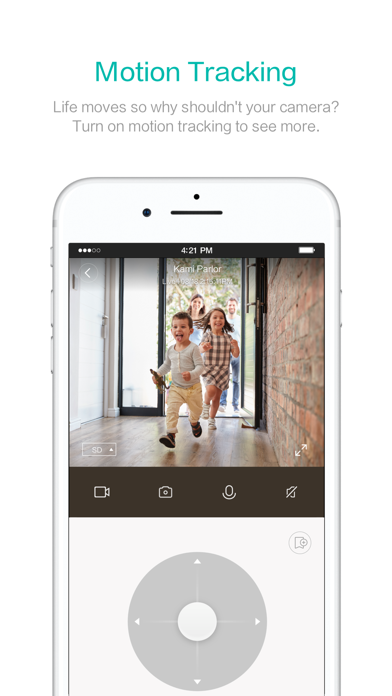 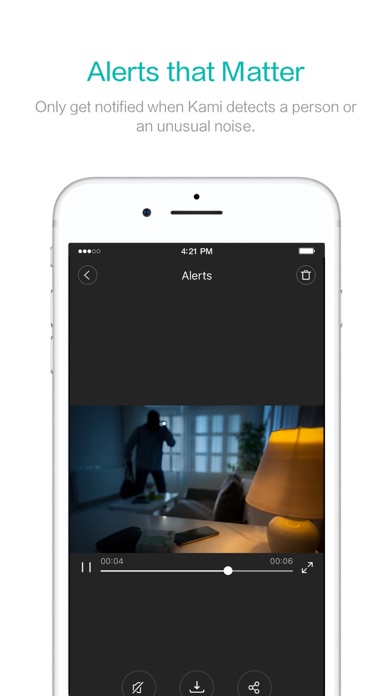 The app does not have a “background audio on” functionality, which other baby monitor apps/devices do have. The Nanit app lets you lock your iphone and/or use other apps while leaving the camera’s audio playing in the background. Thus to monitor your baby you have to stay on the app and stop your phone from locking/turning off. Also some error messages show up in Chinese instead of English.
By Estrada83

I have used this app to do stupid stuff like waiting for the Amazon driver to deliver my packages, no problems at all. But tonight when I hear someone attempting to break into my house guess who magically decides not to work? I’ve been trying for an hour since then to get the app to load so I can see the outside of my house but still have yet to have any luck.
By Nesha93!

Easy to use APP

I love this product and APP. I receive almost instant alerts when people walk into the field of view. I have peace of mind using it. Two thumbs up!
By EasyGong

Good and bad together.

I bought two cams. Everything is great, but it missed a lot motion in between. Seller obliges you to buy their iCloud or you miss the about 10 minutes Gap after each motions detected. This means no use for the camera itself, since we used the cams for security, whatever happens in between you will never know. Why a cam that now record all. There are other systems records properly without iCloud.
By Ezequiel.Rocha

Small window for my iPad

Too small window for my iPad 6th generation. Seems not compatible and fit.
By amusso

I bought two of the outdoor wireless cameras to have surveillance of my front & back yards. Mounting the cameras outside is a joke. You have to use the tiny screws provided or the camera won’t attach to the base. The motion detection is for crap. Front yard captures trucks going by in the street but the Not the Amazon driver walking up to my door. The subscription service is described as a loop with options of 3 days, 7 days, & 30 days. This is not a loop. It only records and keeps the 6 second clips when the motion detector is triggered, and those start a few seconds late to be really meaningful. Your supposed to be able to increase the clip length to 30 seconds, which I have set, but it still only captures 6 seconds. All in all a huge disappointment. Home Depot should not sell these things & Apple shouldn’t allow crappy apps with weak support systems to be sold in the store.
By Kwjaxon

Bugs and no implementation

I only get message “not supported yet” when pressing the film / recording button to be able to capture recordings from the SD card.
By Strugglebrother

I tried signing in and it kept saying that my account didn't exist but I've had that same account for multiple years.
By I 100 percent reccomend

Love the simplicity of setting up the camera. I love the way the camera revolves. I didn’t use the mount but rather sat it discreetly on an end table. I accidentally bought 2 so I will use or gift it .
By Sasscd

Easy to set up and install, bought it on special, definitely a good purchase.
By Classic chat app