Achromatic is a Playond exclusive. Download and subscribe to enjoy an ever-growing collection of wonderful games. Achromatic is a minimalist puzzle game about connecting dots in order to transform them all to one cohesive color. Draw a straight line between two dots of the same color to paint the dots between them. However, you can only change dots of one color at a time. You'll quickly encounter unique dots with exciting properties. For example the square dot lets you change the direction of your line, or the triangle dots are synchronized such that changing one of them changes all of them. Achromatic features an original and relaxing sound track to accompany its polished minimalist aesthetic. Its smooth difficulty curve will teach you the mechanics and gently ease you into more difficult levels. All levels were carefully designed by hand to ensure the best puzzling experience possible. For those craving a challenge, bonus levels are available after beating the game to really test your logic skills. Features: • 60 handcrafted level plus 10 challenging bonus levels • Unique dots with special properties • An undo button to encourage experimentation and prevent frustration • Supports both vertical and horizontal orientation • Color blind mode SUBSCRIPTION INFO: Subscribe to play the game and many more! • The subscription gives you unlimited access to all the games offered in Playond and includes: - A lot of amazing games - Many hours of play time - New games added all the time - No ads or extra payments • Subscription length: weekly, monthly • Your payment will be charged to your iTunes Account as soon as you confirm your purchase. • You can manage your subscriptions and turn off auto-renewal from your Account Settings after the purchase. • Your subscription will renew automatically, unless you turn off auto-renew at least 24 hours before the end of the current period. • The cost of renewal will be charged to your account in the 24 hours prior to the end of the current period. • When canceling a subscription, your subscription will stay active until the end of the period. Auto-renewal will be disabled, but the current subscription will not be refunded. • Any unused portion of a free trial period, if offered, will be forfeited when purchasing a subscription. Terms of service: https://www.playond.com/tos.html Privacy policy: https://www.playond.com/privacy.html Have a feature request you would like to see in a future version of the game? Do not hesitate to contact us at support+achromatic@playond.io 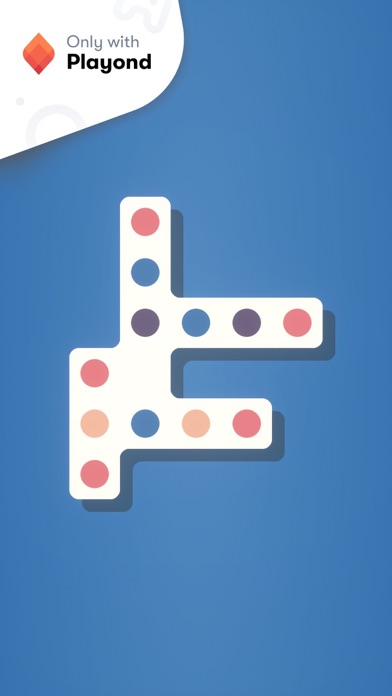 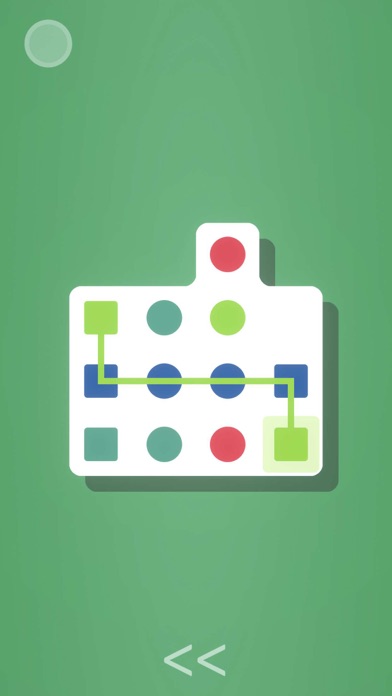 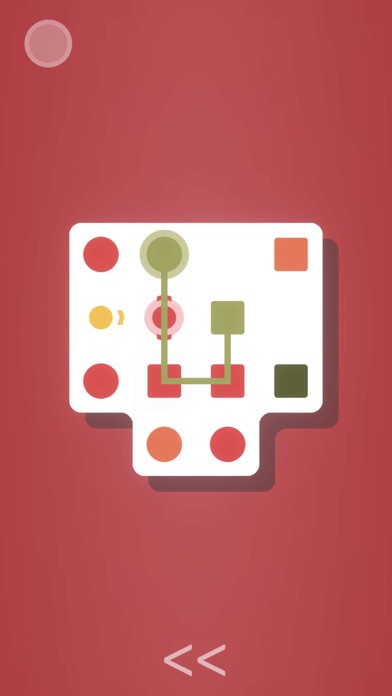 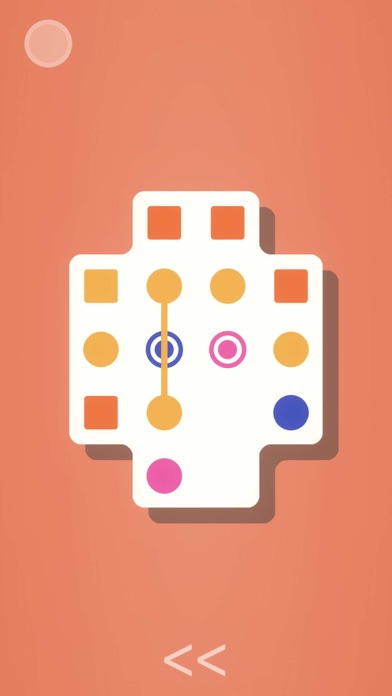 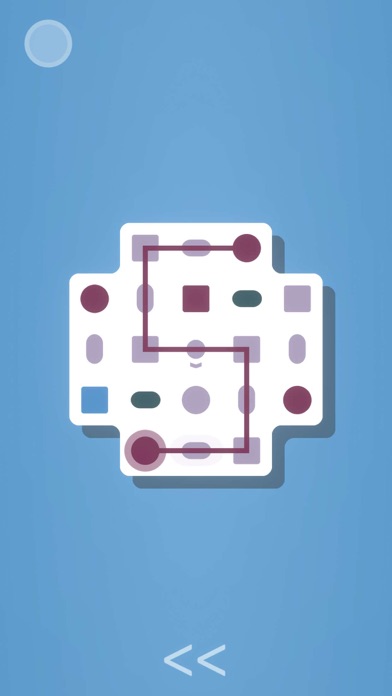 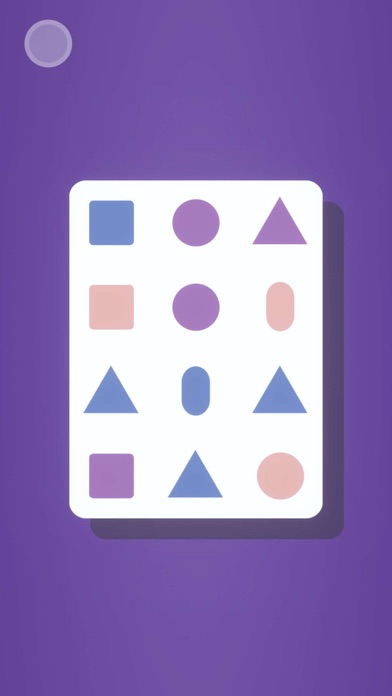 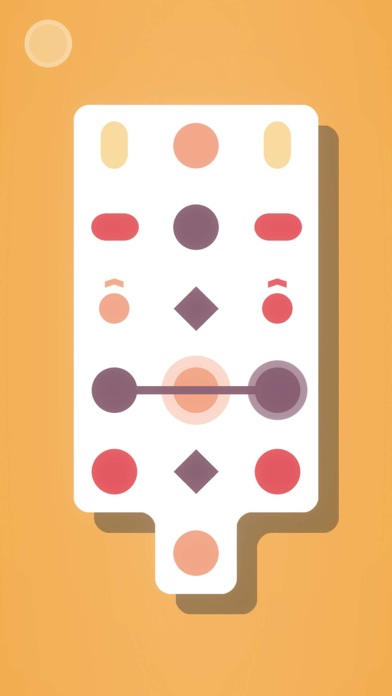 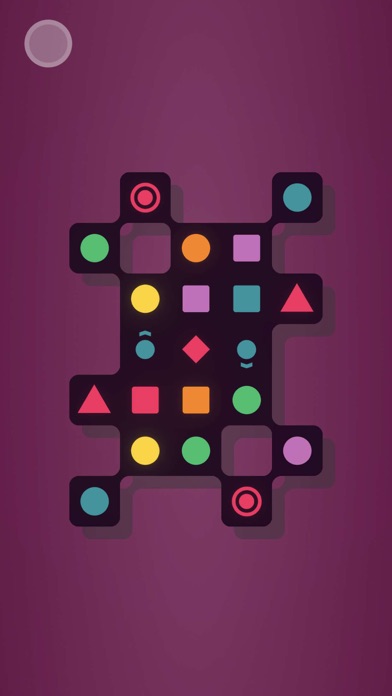 Nice puzzles but the app tries to force me to register an account after a couple of minutes of playing. No way around it. Unfortunate but good riddance to such tactics
By Cobus.Ellis

Need like a hint button, when you get stuck, or a skip button, stuck on one and can’t bypass because I can’t figure it out
By kaw11764

Just a waste of time

Two quick levels then you can go no further without paying. Don’t waste your time on this. Spend your money on a company that isn’t this blatant in their money grabbing
By cronos19

The game looks interesting, but there was no way to play it beyond two incredibly easy, completely non-telling levels that are supposed to example the rest of the game. I would totally play the game, but the requirement of a subscription is ridiculous and I don’t think it is worth that. I understand that it is a part of a service that offers multiple games, but I don’t want those games and I don’t want the monthly fee for them either. Seems a little one-sided on my part, but it can’t possibly be as successful as they would like it to be when they require the subscription. To offer a fun-looking game that promotes “no ads and no pay-to-play” garbage, the subscription makes those ideal in comparison. Too bad.
By Ricky&Katy

I don’t want a subscription

I want one game. This game. I’ll gladly spend a few bucks on it, but the subscription model is not interesting to me. Looks like this game would be up my alley, but I’m not being forced into a subscription model to find out.
By Aimee Kay

Let us actually try it

I played for 7 seconds and then the game begged me to subscribe. I just wanted to try your game because it looked neat. Never mind.
By mike___12345

This game requires a subscription. It offers a free trial but it is ridiculously short - two levels. How can I possibly decide if I want to pay for a game by playing the first two ludicrously simple tutorial levels. Give me a break.
By msjacoby

Challenging and addictive.
By mikehan68

Not by the hair on my chinny chin chin

$2.95 a week to play a puzzle game? With only 60 levels? Where’s the madness end with charging people? I actually respect those games that charge upfront, one time, or those that would charge to remove ads. But, in this case, I’m thinking the developers used to work for Adobe and their slave practices. UPDATE: Developers kindly reached out to let me know their subscription price would cover various apps. Nice of someone to respond. I increased to 2 stars from my single star previously offered. That was for returning my call. 1. I still rate it low and don’t recommend it based on their Adobe style of “please pay us regularly”. Once a car is paid off, you get to drive it and modify it and sell it or do what you please with it. An app offers nothing of the sort, and these guys just keep collecting so nothing is paid off. 2. Arrogant of them to think I’d like all of their apps. So, if I only liked one, I’d be paying for everything they have but only use the one. I thought iTunes killed the idea that albums had to be purchased in order to get just one song? Funny how history hasn’t taught some people anything. Greed is alive and well. One day, like high interest mortgages, these pay as you go offers will be considered predatory. Very disconcerting that people find this an acceptable practice for something that never achieves ownership level for the user. Maybe someday people will learn. Meanwhile, the developers reap all the rewards.
By iCritique Music

There’s no way people actually pay to play this game, right?
By im not a wallet