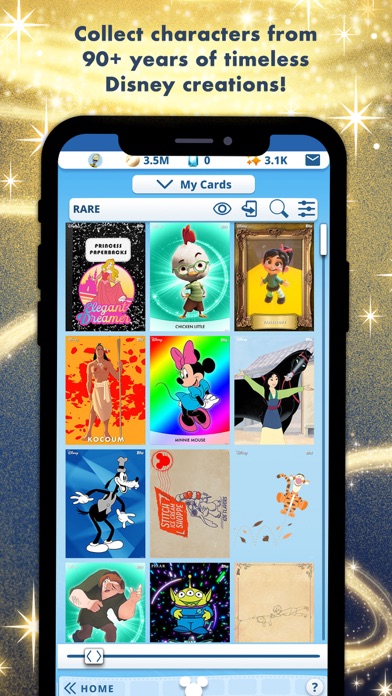 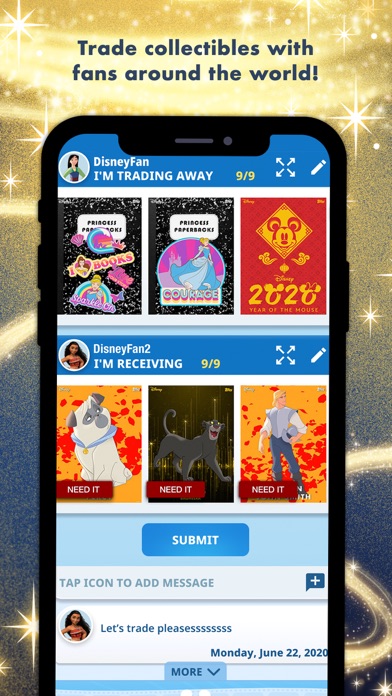 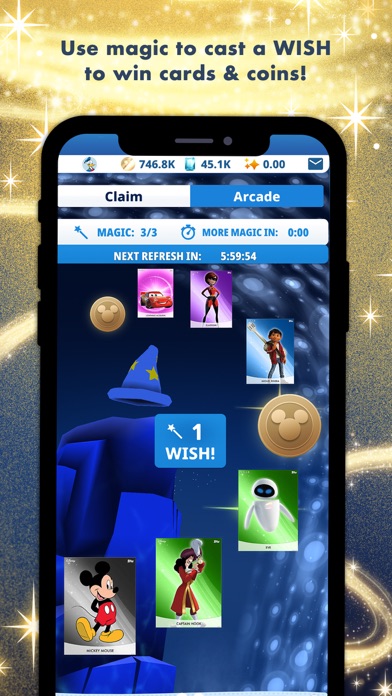 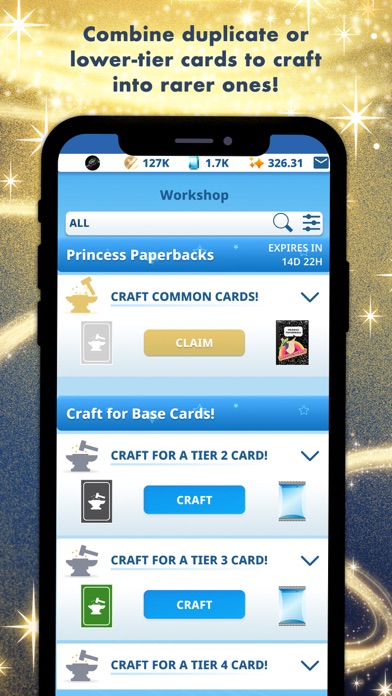 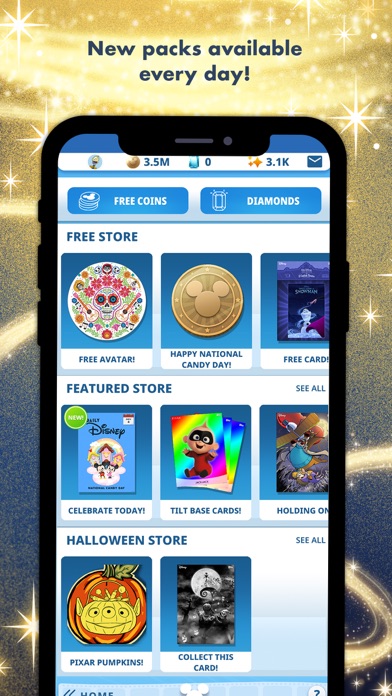 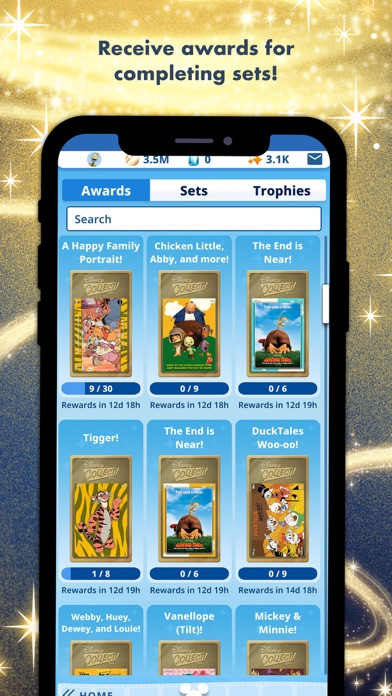 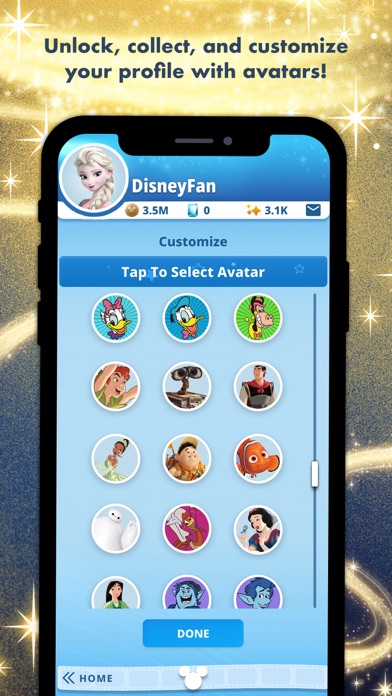 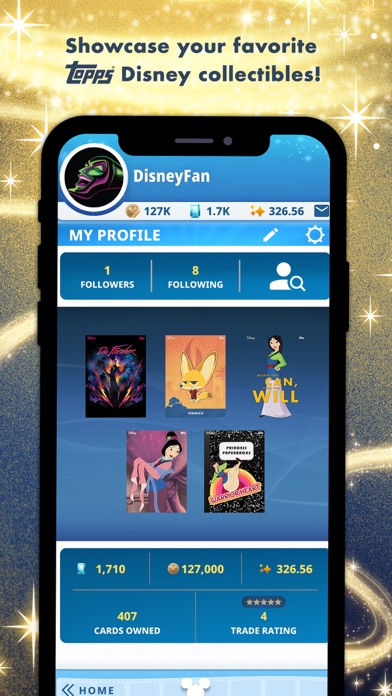 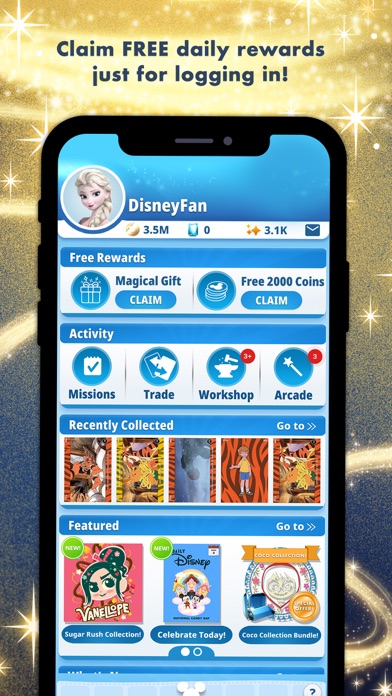 We started playing this game last month. It was a great low stress collecting game that we got into so quickly. The cards were easy to obtain and we were being given plenty of in game currency without having to spend irl money. Now we can’t earn enough coins in a day to get the daily card let alone additional packs. The fun and ease of this game plummeted for us. Now I have to make trades with other players but I can’t get anything that people want to trade with. So now I’m stuck. Not able or willing to spend irl money and not being able to the cards I need to complete sets and continue collecting.
By JAYR0001

I really like this app but am new and am finding it very hard to trade. Most the time my trades time out. I have never been very good with trading or barter. And it really sinks because I will never be able to get any of the older sets.
By Sberryky

Could be great but...

I like the idea of this game. It’s a trading card app game so you buy packs of cards and can collect sets and rare cards, all Disney related. My issue is that you don’t collect enough money very often to buy packs and when you do, you don’t get collectible cards as often as the odds say. So if a pack has 1 in 10 packs has an uncommon card, I’ll open 30 packs and still never get one. Wasting what little money I have. It’s just off.
By seatiki

The users are extremely cruel!!

The users are extremely mean and rude to new users who are trying to figure out the app and are not welcoming at all!!! Made me so so sad and hurt because I was so excited for this app and was enjoying it till I started getting so many mean and rude comments even though I was new!! Also there is absolutely zero guidance for newbies so of course I didn’t know what I was doing and the other users are nasty 💔 please don’t send me a generic response like you have to others!!!!! Just do something about this because I’m not the first one to let you guys know about this issue!!!!!!!!
By purplepooh88

Been on here about a month and about to get off! No explanations for anything and no one answers any questions anyone leaves. The cards are beautiful and would like actual cards but won’t be on here much longer unless some explanations happen!!! Update: nothing has changed except there are days that nothing works without constantly restarting my phone and then it will work a few minutes and then can’t exit Arcade or Magic says An Error Occurred. Not my internet because I can do everything else on my phone but the game. Or like I have seen other comments you use 100,000 coins for a common card. I am really starting to feel like it is only a waste of time playing this “game.” You consistently get lower level cards and have even opened packages and got 3-4 of the exact same cards!! I may be there Oder and not really understand but this is just a waste of time!!
By kcbbrn

I was frustrated about a mixup with their VIP system but customer service actually ended up helping me and got it resolved. Had no major complaints until that issue. Thank you, Topps!
By Aman477

I absolutely love this app! It is so fun to collect all of the characters, it’s super fun! I really like the different themed sets, especially March Badness! Except I would like to be able to trade in diamonds for coins or coins in for diamonds!
By Ffffffffftttt

So overall I love this app. I use it every day and I’ve made so many good friends through it. Opening packs, trading, chatting and earning awards for completing sets is really fun and satisfying. Also, the Disney team is amazing and they interact with the users and listen to feedback. It is my favorite Topps app by far but it has a few issues could be addressed: - PLEASE change trading back to the way it was!!! The new filtering system is horrible! Stop trying to fix things that aren’t broken! We don’t need little markers to show whether a card is a motion or a parallax...it’s just more clutter. - They frequently reuse artwork whether it’s the background or a card or the image of a character. It makes the cards seem less special if the same background or image is used in multiple sets. This has been happening more and more and it’s gotten to the point where people are asking why they’re paying $ for the same images over and over. I’m happy to support the app by paying but I think the design team needs to step it up majorly. There are a few reeeeally nice sets in a sea of meh and some sets are just plain ugly or even have design flaws (Rapunzel Regal Steeds award). The same spectrum Mickey head background is used on I wanna say 6 different sets? You’ve got images on base cards that reappear on rare inserts. We love this app, please put more effort into the content! - iOS users do not have the same quality Tapjoy offers as Android users. My friends are playing games, downloading apps and earning coins but all of my offers are for buying things or taking incredibly long surveys for hardly any reward. Basically have to give up your personal information or spend a lot of money to get even a small amount of coins, so Android users have a big advantage as they can accumulate millions of coins that iOS users cannot. All of that said, I still highly recommend this app. It brings me a lot of joy.
By Thephoenixlights