Life is a bubble-popping dream in Angry Birds Dream Blast, a challenging new puzzle game with fun gameplay and content from The Angry Birds Movie 2! Join the movie celebrations and solve puzzles and have a relaxing experience with plenty of laughs. With so many unique puzzles to solve — and more added every week — you’ll be living the dream! Angry Birds Dream Blast is a breeze to pick up and play. Pop groups of similarly colored dream bubbles with a simple tap — pop enough bubbles at once and you’ll earn a Red booster! One Red can take out a row of bubbles, and two Reds combine to make a Chuck, which pops bubbles in four directions. Combine two Chucks to make the extra powerful Bomb booster! Baby Bomb may look funny and cute, but his explosive energy can even clear an entire screen of bubbles! Combine more bubbles at once to create more powerful boosters. It’s a blast! Features: – A great time killer that’s easy to pick up and play! – Tap to pop groups of dream bubbles in a flash to solve challenging but fun puzzles. – Pop many bubbles at once to unleash special powers of your favorite funny Angry Birds friends! ----------------------------- Need some help? Visit our support pages, or send us a message! https://support.rovio.com/ Like us on Facebook: https://www.facebook.com/angrybirdspop/ ----------------------------- Angry Birds Dream Blast is completely free to play, but there are optional in-app purchases available. Terms of Use: https://www.rovio.com/terms-of-service Privacy Policy: https://www.rovio.com/privacy 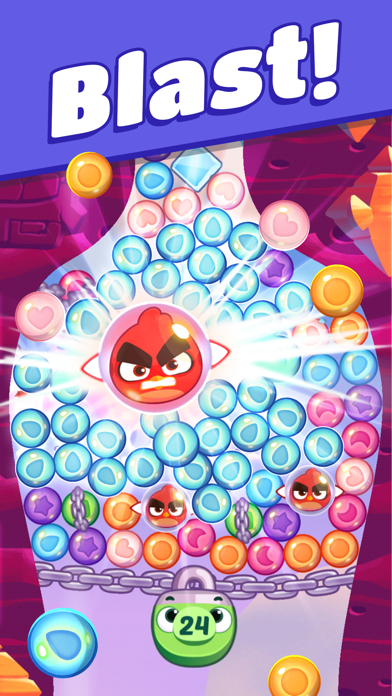 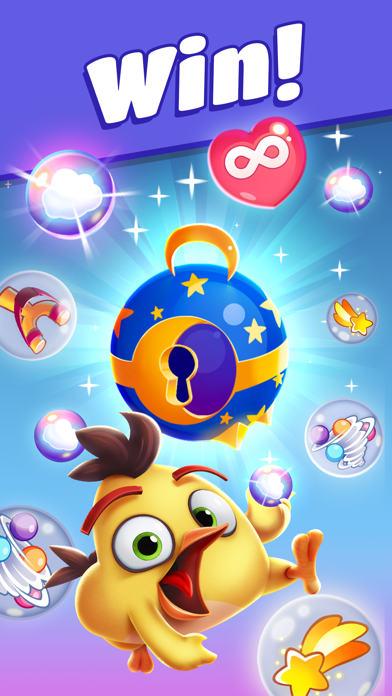 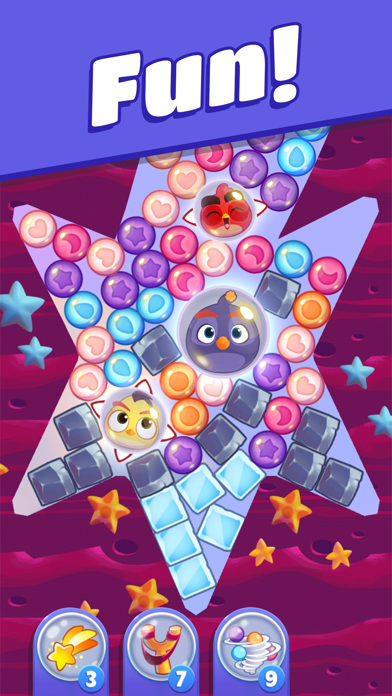 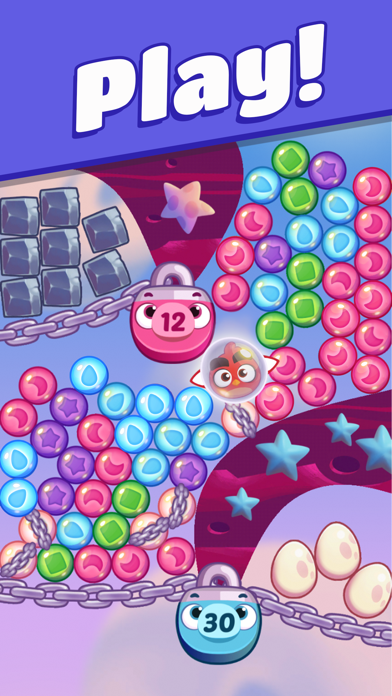 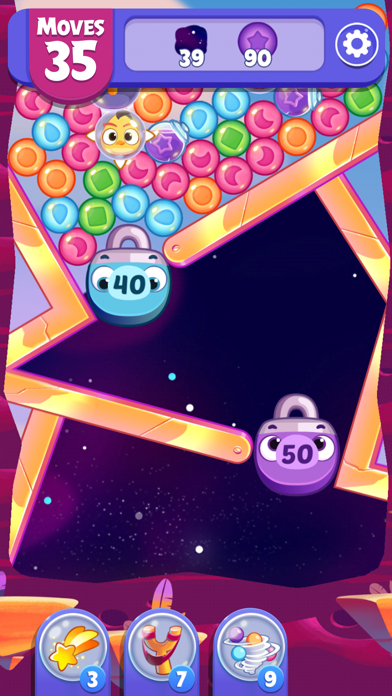 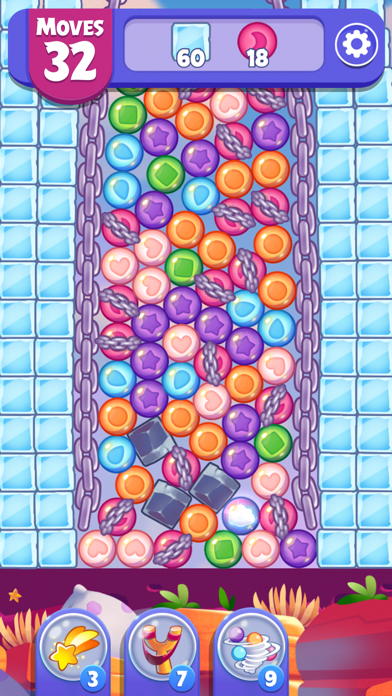 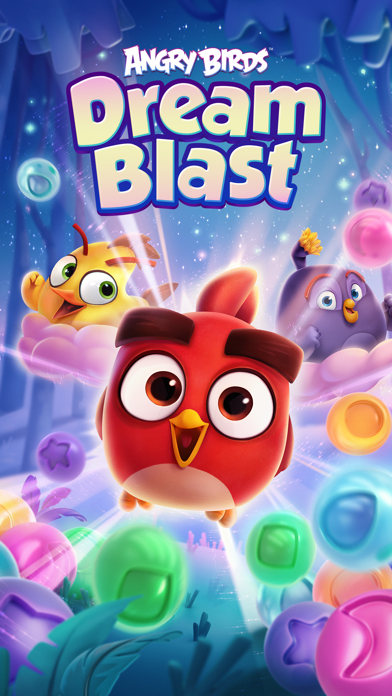 Designed to get you to spend, spend, spend. No skill involved! Just buying lives and tokens. Anyone who falls for this is a total idiot and fool. And negative reviews are mostly buried so you will never see this anyway. The rating of near 5 is bogus. Even the simplest levels are impossible when the set up is to fail. Frustrating constantly. They even give extended free periods of time but then set it up so levels cannot be passed. A scam!!!!!!!! About to delete this game for the third and final time. Even when given 24 hours of free lives, passing some levels is impossible because of how the game is structured with lower and lower numbers of moves and fewer and fewer necessary bubbles. Goodbye! Good riddens!
By hrs12345

Why is this happening???!! It’s so ridiculous. I can beat a hard level in a few attempts, yet a normal level I’m on forever. Fix this!!!!
By UnkemptChipmunk

My game is stuck for almost a week now since the event Bomb’s ballet finish like it doesn’t even let me enter to contact the support team like thefck D:
By Pachy25

It helps me to relax
By lothpurple24

I can’t recommend this game, time wasting and lots of bugs

The game has so many bugs, that you even can’t play normally. All the time event animation appears (repeats 2 to 5 times) that shows you got a bonus, but you didn’t get the bonus for real. All the time it shows you other games from Angry birds, as an advertisement, but when you close it, the advertisement appears again. Not recommend this game.
By BIOSKULL

There is a problem in the game. When 3 extra shots for watching a video is offered and user click on to video the video at the end there is no way to close the ad. It keeps going on. Happened few times so far. Super irritating.
By niknixter

I didn’t think 🤔 that I would enjoy this game! I actually do! I keep finding myself playing it! 🤷‍♀️
By Jules92027

I want the leftover birds to go off when I run out of moves. I don’t want a limit on how many lives I can receive from my team. If there are 50 people on my team, I want 50 lives. I want the moves I pay for to carry over into the next level. If I pay for 5 extra moves for 100 coins, and I only use 2 moves to beat the level, the next level should start with an extra 3 carried over from what I paid for. I think infinity time should only tick while I’m playing the game. If I don’t have a level opened, it should stop ticking until I open a level to play. I don’t want birds to merge automatically. I want to slide them together if I want to upgrade them. If I want 5 reds, I want 5 reds. If I want 2 chucks, I want to merge them myself from the reds. I would also like the opportunity to use any boosts i have available after the level has failed. If I have a slingshot available and I lose the level I’d like to use the slingshot before the level ends and I have to try again. When the “out of moves” screen pops up, it asks me if I want to continue for 100 coins but it blocks the view of my game screen to be able to determine wether I do want to continue or not. It should be able to minimize so I can tell if I could beat the level in 5 moves or not. I would like to be able to play previous levels just for fun.
By Tkburkett

Is there a way to turn off the new flashing bubble hints?
By pnjwood