Welcome to the Final Frontier! You have the conn! Summon your skills in strategy, combat, diplomacy, and leadership to master the dangerous universe of Star Trek Fleet Command. Enter a galaxy on the brink of war as Federation, Klingon, and Romulan forces vie for control of the Alpha and Beta quadrants. Discover an ancient secret that could tip the scales of power forever. As the commander of a starbase on the edge of civilized space, you will recruit iconic officers like James T. Kirk, Spock, and Nero -- and build powerful ships including the Enterprise, the Romulan Warbird, and Klingon Bird of Prey. Join Millions of players -- forge alliances, defeat your enemies, and build an epic fleet to secure, or dominate, the galaxy. Explore strange new worlds, seek out new life and new civilizations, boldly go where no one has gone before! Be prepared to: -Experience epic conflict in a vast, dynamic galaxy -Collect, build, and upgrade iconic ships -Take the conn and control ships in star system and galaxy views -Encounter famous Star Trek characters in an epic, galaxy-spanning storyline -Help locals, fight pirates, or negotiate peace in hundreds of unique missions -Recruit famous officers with unique, tactical abilities -Ally yourself with Federation, Klingon, or Romulan forces -Work with and against thousands of other players in real-time -Build, upgrade, and defend your starbase -Discover new technologies, ship upgrades, and resources -Create or join powerful player Alliances to dominate star systems and become the most powerful players in the galaxy Key Features: -An open world, strategy MMO - Free to play - Stunning graphics -Iconic Star Trek characters, ships and tech - Fierce battles with players all over the world - A new, immersive Star Trek story in the Kelvin Timeline - Become the leader or member of a mighty Alliance - Multiple language options Download Star Trek - Fleet Command today and join Millions all over the world. © 2018 Scopely, Inc. All rights reserved. TM & © 2018 CBS Studios Inc. © 2018 Paramount Pictures Corp. STAR TREK and related marks and logos are trademarks of CBS Studios Inc. All Rights Reserved. 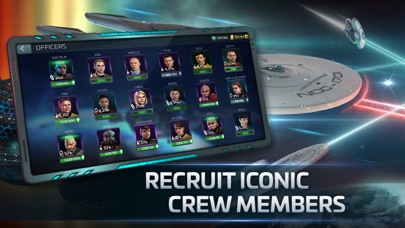 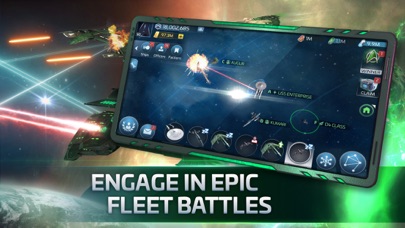 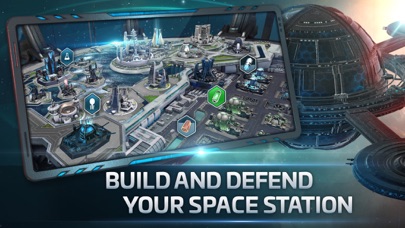 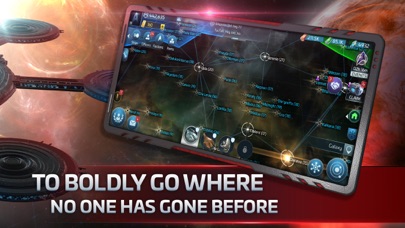 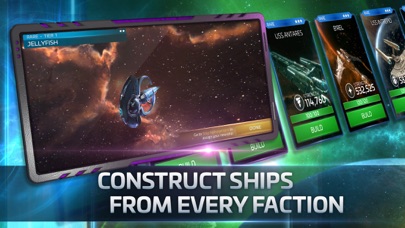 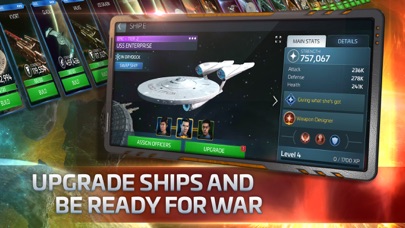 I love playing this game , I get the idea game play would be better if I spent $$ but I’m to thrifty to pay to play the game. So it’s slow and laborious to get anywhere! So 4 stars
By crzytrkr

SO many bugs. Every time the game is updated it becomes unplayable for hours, sometimes days. Unable to select objects on the screen, unable to see the items you’re supposed to interact with, unable to play, basically, because of the bugs. Save your time and (especially!) your money, and try a game from a developer that knows what they’re doing.
By Indy_Gamer

Updates are cruddy, most of the game does NOT Work, targeting May or may not work. In game rewards are cruddy and God forbid if you’d pay money to play, you might get things to help but, most likely not. You have to get an outside messaging platform to communicate with others. The in game application might work but, you lose your contacts about every two weeks and it’s very limited to what if any conversations stay
By Mwb712

What I like about this game is that it is truly free to play. You can pay for certain things if you wish, but most of it can be accessed if you are patient and wait it out. My only real complaint is that Scopely is so amateur in its programming. Some of the mistakes they make are so crazy that it makes one wonder whether or not the programming is f done by high schoolers! But the game is fun and I still play.
By HannibalStorm

The developers of this game are pretty much incompetent. Ive never seen a game with more bugs and when they try and fix something they break something else. Then they try to charge you for just about everything to be able to advance in the game. The pay to play might not be so bad if the game actually worked
By corn6672

Updates on apple side slow and you get zeroed....
By Pete1950

New glitches in every galaxy!

This game could be cool, but it is a major glitchfest..... very sad shame. Evidently they update the android side more often than apple. EMBRACE YOUR APPLE BASE MY BROTHERS!!! Major bummer
By Secret Munk