Drive Weather illustrates the National Weather Service's forecast showing drivers the weather along their route when they're expected to be at each point. In under 60 seconds you can know what weather forecast calls for and when to expect it on your route and have a safer journey. According to the US DOT, 1 in 5 Driving Accidents are due to the weather. The Drive Weather App allows comparison of different routes, creating stops, interactively changing departure time, and other features that help plan trips around the weather. Great for truckers, RVers, bikers, van life, and road trips, storm chasers or any other reason you're on the road. FREE FEATURES: • Weather - Rain, Snow, Fog, Freezing Rain, Thunderstorms, Hail, Smoke, & Haze • Temperatures • Animated Radar • Cloud Cover Forecast • Time Tweaker for Truckers and RVers • Free Version has ads, provides up to 2 days of weather forecast. • Limited Trip Length • Area Weather Feature to use as a standard weather app. PRO FEATURES • Icy Conditions Indicator • Wind Speed and Direction • Night Location Indicator • 7 Days of Weather Forecast • Severe Weather Alert Areas • Ad Free • Unlimited Trip Length • Add Stops on Your Route • Add Waypoints • Compare Route Weather Comments, Questions, Concerns email us at conceptElementsApp@gmail.com 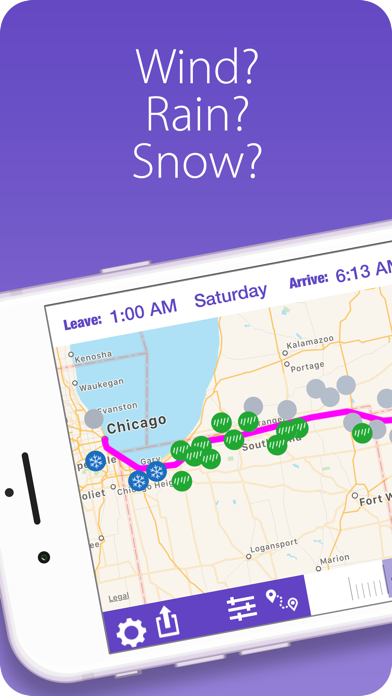 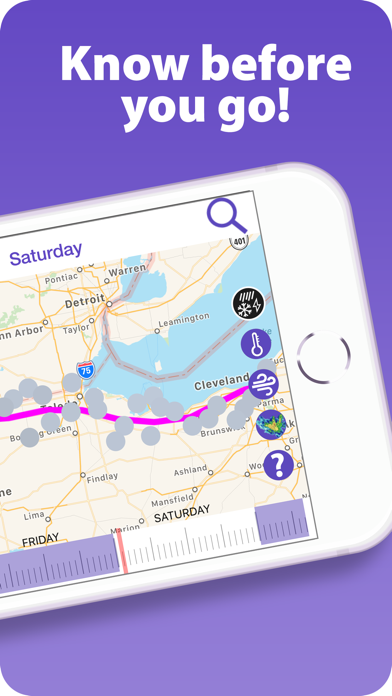 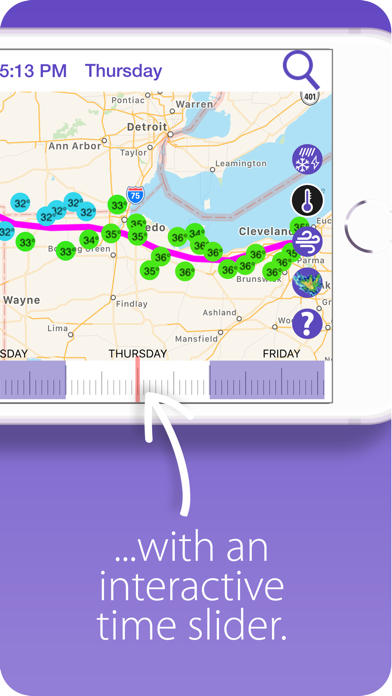 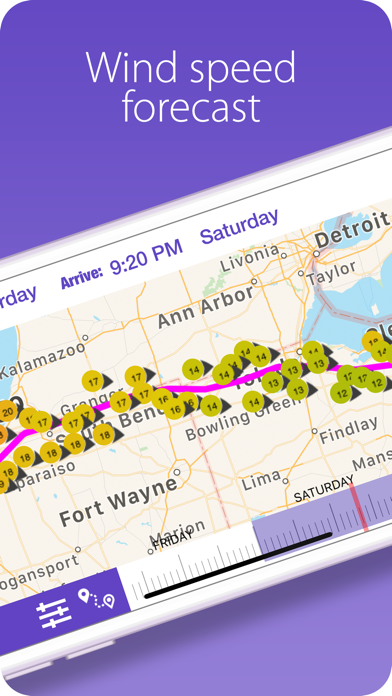 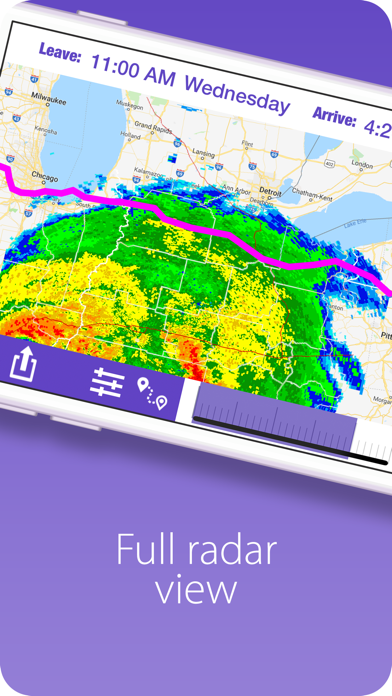 App does not load.

I recommend the paid version that allows you to plan beyond a couple days, but the free version is good to give it a try. You can adjust your speed of travel and see wind, rain, ice, and snow along your route based on departure time. Easy to use and accurate. Especially excellent for RV Travel or any kind of travel in the north or higher elevations.
By Lori in Webster

Update:This is clearly a developer more interested in giving attitude & obnoxious responses to people calling the clunky app getting worse. Check the negative reviews & see the developer response too. Original: I paid to subscribe and initially found the app a bit clunky but usable for some estimated driving weather. After a few weeks of not using it, I launched it to be horrified by a garbage UX and nightmare results. Going from Tampa Bay FL home to East Patchogue NY home 1100 miles away - with a couple of rest stops and one hotel night in 3 cities along I-95 - provided me with a 3700 miles route …. LITERALLY through KANSAS. I deleted a couple of the stops… to be given a new route …. From Florida to BOSTON to Long Island NY. Just went from 4-Stars to 1-Star Is Too Much. The UX is not even worth wasting time writing about.
By IMRAN.TV

This app has been an excellent companion for both motorcycle rides and trips by car. The ability to plan a route for a motorcycle trip using several destinations to plot the weather along the way is handy but the slider to adjust departure times and see the forecast update is invaluable.
By Gaming Without You

Free version only nominally functional. The worst part is before I could even really get a feel for this app, a persistent add came on the screen insisting I install Chrome. That is when I deleted the app from my phone. Note to creator: I do NOT use Chrome. I do NOT use Google Maps. I do NOT use google search engine. I do NOT use anything Google. I strongly resent Google forcing itself onto my phone. I purchased an iphone, not whatever piece of spy junk google sells. Google has NO RIGHT to muscle into my digital world. If this app has some sort of relationship with google which allows google to try to invade my space that should be prominently noted before people install this junk on their devices.
By croixmom

Unless you want a pop up reminder ever second skip the free version. Then the screen locks up. I was so annoyed deleted app. I am not against purchasing an app it it serves it purpose. This one never lets you get past the asking what version you will use. Nope.
By 817gun

Not sure if accuracy

I’m not so sure of the accuracy yet…and I do Not Expect 100% of course. I am planning a route and it would be nice to click a dot to see what the extended forecast is… because it’s making my drive look really scary while another app is making it look much better. Odd that they are so very different!
By momarch45

This app seems nearly useless to me. It doesn’t have enough functionality for route planning, stopovers, etc. Sure it will show you sun or not on the route between points, but not necessarily at the time you expect to arrive. Just didn’t work at all for me. Waste of $10. Canceled my subscription even before my first trip.
By Sud z

I cannot get to the app. Pop ups get in the way including one to buy the upgrade and feedback request, which is what I’m responding.
By Bubba in DC Burbs