Dazz camera, your pocket photographer. No need for post-editing, the most realistic film photography or video is instantly presented with a single click. The Dazz camera is inspired by the retro film camera of the 80s. Based on the film proofs, we 100% restore the color, texture and noise of the film. There will also be interesting light leakage effects. The Dazz camera will launch new cameras from time to time, let’s look forward to it . Other function items - Take two photos to superimpose the double exposure effect. - Timed self-timer function. - With a flash in the dark, you can take a more film texture. - camera assistant grid. - Fisheye lens. - Flash Colors. - Exposure adjustment. - Photo with square frame, convenient to share to Instagram When you share photos on social networks, you can use the #dazzcamera tag. Our editor will occasionally select wonderful photos to join our collection! For any questions, please send an email to dazz.camera@gmail.com Dazz Pro Subscription - Join Dazz Pro to access all cameras and accessories. - Payment will be charged to your iTunes account at confirmation of purchase. - Subscriptions will automatically renew unless auto-renew is turned off at least 24 hours before the end of the current period. - Your account will be charged for renewal, in accordance with your plan, within 24 hours prior to the end of the current period. - You can manage or turn off auto-renew in your Apple ID account settings any time after purchase. Terms of Use: http://dazz.ltd/dazz/terms_and_conditions.html Privacy policy: http://dazz.ltd/dazz/privacy_policy.html 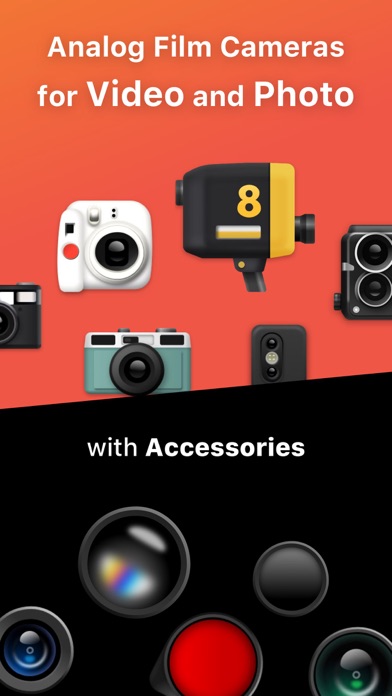 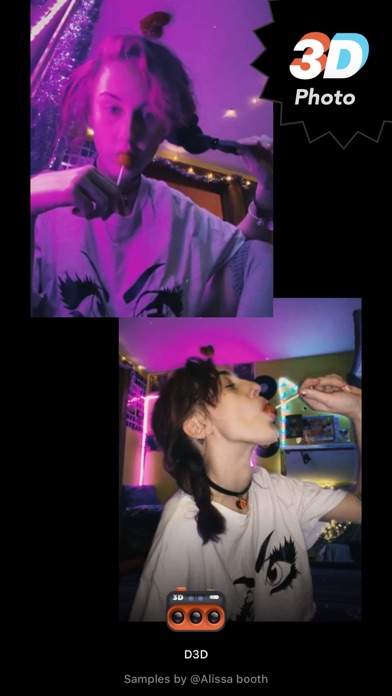 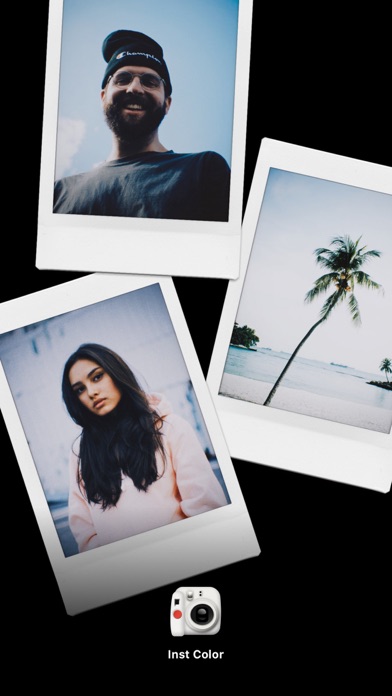 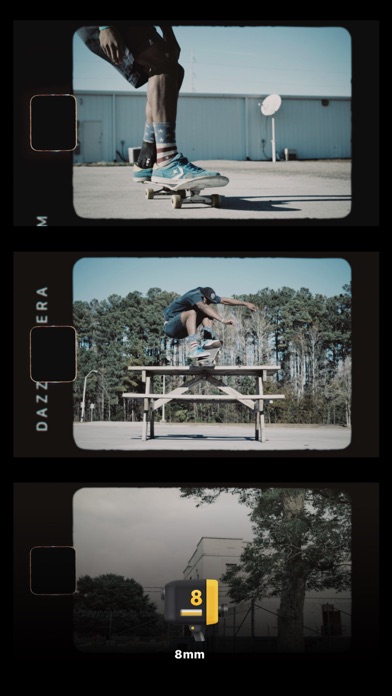 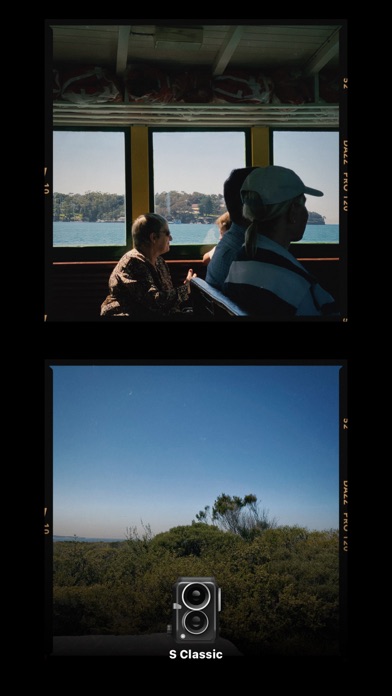 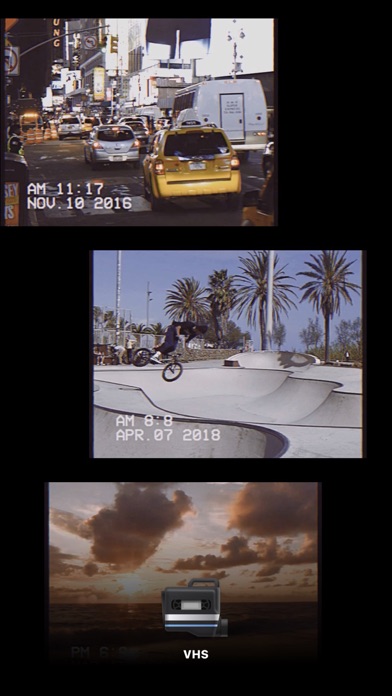 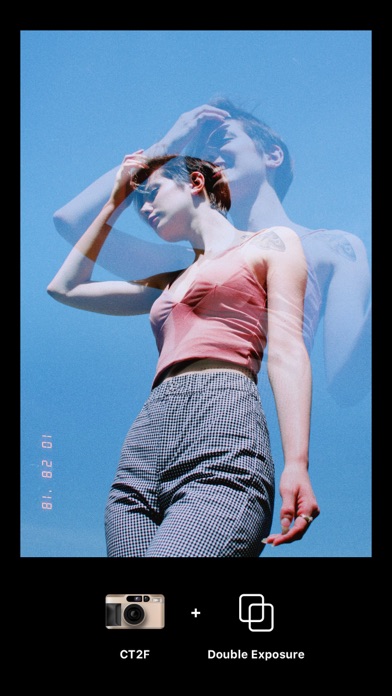 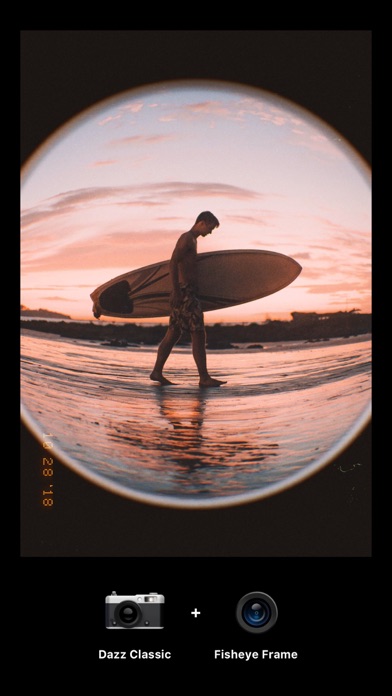 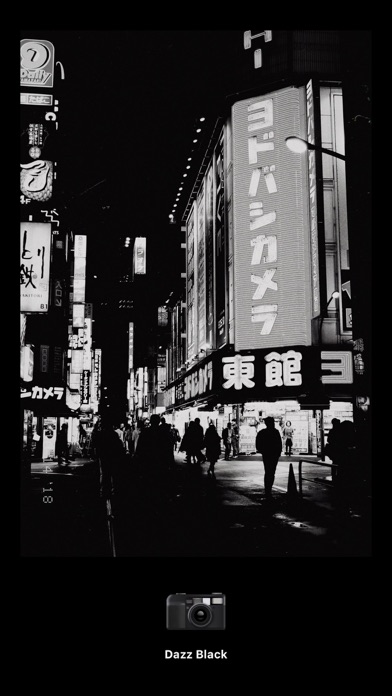 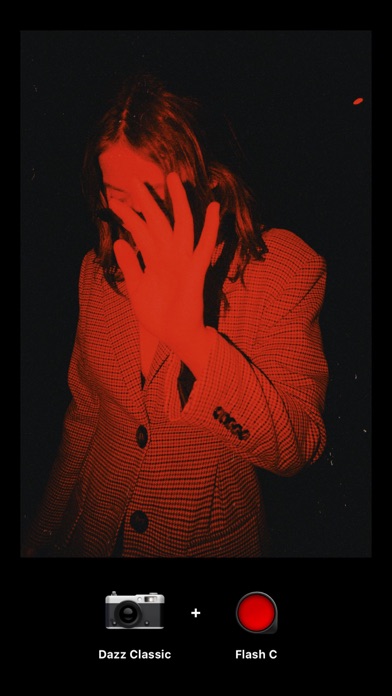 Finally what I’ve been looking for!

I’ve been looking for a long time for an app that would create the film look for my video clips! And this is exactly what I’ve been looking for. It creates a really nice look without it feeling like it was generated through an app. It would be amazing too if there was an option for a filter that looked like a modern film scan (example see Vogue’s 2019 Met Gala “trailers”)
By alittlebitazn

Cool app but for some reason it won’t let me take a photo with the front camera? Only with the back. Also once you take a picture, you can’t delete it. I’ve deleted a photo 3 times and it keeps coming back to my photo album.
By NaiiNayy

Would you be able to include the stabilization in the app ? It seems it dosnt work
By Sivan_miller

Hello the app is amazing my first picture that I'm going to use it on is when my boyfriend graduated from boot camp in San Diego & become a marine in 3 days I was just wondering when are you guys going to make a 10-20sec timer instead of it being 3sec?
By dbnation08

when i got this app it was mainly to use the d3d bc it looked cool and i have seen a lot of bother people using it. Come to find out that it only allows iphone 8 and higher to use the camera, i’m disappointed
By nevaehblack

I like it but the thing is I think y’all should change that the fact that only iPhone 8 an up can use the 3D camera because I think that’s what most people download that app for an it’s not fair for the people who have phones below that, it’s just my opinion. 👎🏽
By @n1c0le.3

I cannot get a refund from this app when my child bought this by an accident. I need a refund and I don’t know how to do that. Now I don’t know what to do.
By destiny barry

I love this app, but can only give it 4 stars. As an Android phone user, I am excluded, and have been using this on my iPad. Again, I love it, but I would also love a version I could use on my phone! The iPad can be a bit of a hassle. Also, no D3D camera for iPad?
By Sarahlaaa