Join us in this unique Journey. Travel to an enchanted & exciting world in search of a new magical locations like Neverland. On your way to discover these amazing places, you will meet people who you can team up with & play with others all over the world. In YOUR journey, you will play more than 50 premium slots with amazing bonus rounds. If you're looking to have fun, SPIN & WIN inside one of the HOTTEST online casinos that app stores have to offer. You'll feel as though you're living your best life in Las Vegas, except this time you can easily access it right in front of you. Look for the right 777 slot machine games from our newest slots, Twin Panda to Rich & Famous, the games are just as endless as your prizes. With everyone flying off to NEVERLAND CASINO, one of the most exciting free, online slots casino games out there, players now embark on their own PERSONALIZED slots game journeys to discover Neverland by travelling the world without leaving their own home in the JOURNEY feature. Aside from our Team Play tournaments, are you looking to connect with people? Try CLANS, our newest FEATURE yet, where players partner with each other by joining or creating their own clan to compete against others for the top titles and prizes. Play these fun slots machines and exciting casino games like never before in this unique mobile casino app. Feeling competitive? Join your friends and compete in TEAM PLAY, the first-ever slot machine tournament where players team up together. And if you're looking to compete alone, then this online slots game offers you SIT & GO and EXPLORE THE WORLD to help you claim the prizes YOU deserve. Take your competition across the globe by creating or joining your own clan, where you must compete in missions in order to rise up the ranks for the top spot with HUGE bonuses and extravagant prizes. Do YOU have what it takes to hit that next JACKPOT? Find out in Neverland Casino with some of the best online slots games out there. Grab free and easy 2,000,000 bonus chips when you sign up. Sounds like the next best adventure and slots experience yet, right? Now is your time. Choose your online and free slots games to play from: • Twin Panda • Grand Lion • Rich & Famous • Idol Hunter • Blazin' Blue Jackpots • King Kong • Zeus • Just Sevens • Fairy Kingdom • Bier Garden • Mammoth Stampede • Gorilla Kingdom • Arabian Wishes • Luck of the Leprechauns • American Stars • Flaming Dragons • Red Lanterns • Pharaohs of Giza • Monte Carlo Nights With more to play in our huge roster of free slot games! Neverland Casino: the only place that'll make you feel young forever. Play these online and free slots now! WGAMES and its logo are registered trademarks of Wgames Inc. All rights reserved. This App contains Unique Patent Pending Features (62/683,862, 62/683,854 and 62/716,455). - This game does not offer real money gambling or an opportunity to win real money or prizes. - Practice or success at social casino gaming does not imply future success at "real money gambling. 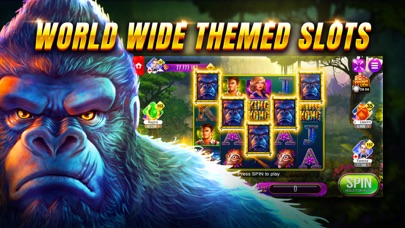 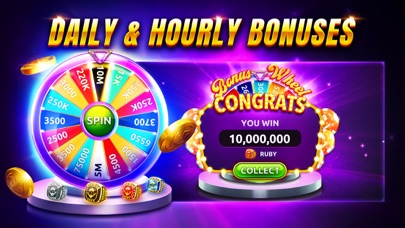 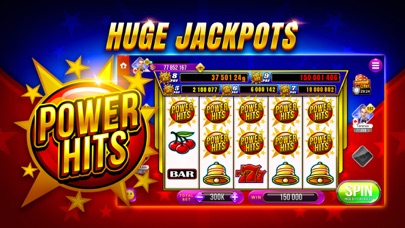 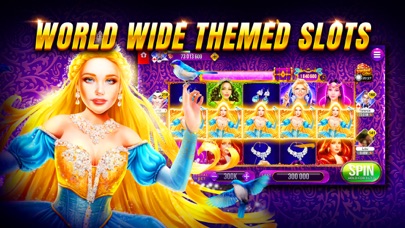 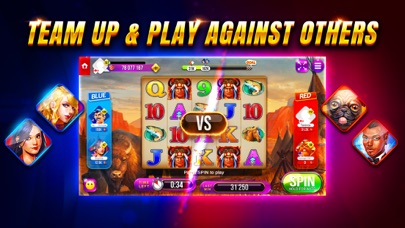 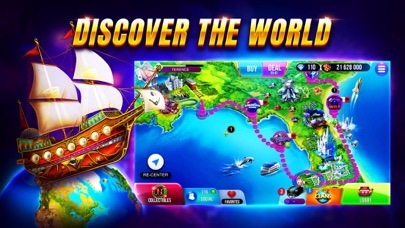 I have played and enjoyed this game for over a year now. On several occasions I have had my coins disappear during playing. At first I thought I was losing my mind until it happened in front of my eyes during a big win. I requested a refund for the times it happened and was denied. I just bought coins today and had 76000000 coins left. I was playing 1 million a spin. That means I can spin 76 more times. The game kept blocking my spins by wanting me to purchase more coins. I kept trying to spin with my 76000000 coins still available to me. The next spin it knocked me down to 500k a spin and took all my coins. So far this game cost me like over $85 in taking my coins after purchase. I will dispute with my bank. I took a video during play to prove my claim.
By Annoying012

I’ve played Neverland for quite some time and play it often in the Sweepstakes but I have played for 1 week on the same game! To move on you must get 3 wins in a row 5 times in 60 spins-impossible! Or buy diamonds to buy another chance! And buy,buy,buy and still no forward movement! I think I’ll move on to another casino that gives you a better chance! Mind you I don’t mind having to purchase but after a while seems quite unfair!
By InTheGreen

It was Valentine’s Day and the game gave special. I bought the credit for my mom. It said special $3.99 for 60 million coins. However, it did not honor it. I did not know they have already given because the account did not show. I contacted customer support. I was told 8.9 million was given to my mom account. I told them the special said 60 million coin. This was the exact reason why I bought because it gave a lot more. The support asked for proof: a screenshot for the special. Who in the world would have took screenshot of that. The support did not give me the coins nor refund. It is such a scam. They offered a Valentine’s discount pack, $3.99 for 60 million coins. I bought this as a Valentine’s gift for a friend who frequently played, emphasis on past tense. However, despite the offer of 60 million, only 8.9 million was given to their account. I went to the support menu and asked why I didn’t get full credit for the coins. They got back to me, saying credits were already deposited, and asked for a screenshot of the 60 million credit pack. They won’t do anything unless you have screenshots. Who the heck takes a screenshot before they make in game purchases? Do you take pictures of the prices while grocery shopping? If there’s a problem in game, do they expect you to screen record every session? The game lies, the ‘support’ doesn’t support, and in the end it’s us that gets scammed for it.
By FangFang1!

Since it’s went to journey 2 you cannot get by some of the parts because you don’t have the diamonds you need to get them how do you get the diamonds in the game. I liked the game before but since before you switched it to the journey 2 it’s terrible to try play and get anywhere . Why don’t you tell how get diamonds without paying for them
By stoney5235

I would love the game if it actually worked

Daily player for over a year now. Addicted to the game Love my clan-mates and i would hate to give them up.BUT the game has every glitch that you could imagine but never in your favor.crashes unpredictably predictably and everything in between.The support team is at best useless.for a long time i was pretty sure it was a dumb bot but after a few 100 dead end back and forth I'm only sure that their responses are dumb cold and useless even for a bot.
By ΨPosidonΨ

New Update Not So Good!

Like the missions addition. But the journey feature takes to long to load. My app becomes frozen and I can’t do anything with it when I switch from a journey game.
By myrealuv

I was really enjoying this game, specifically the clans part. About 3-4 weeks ago I went to open the clans section and I got a spinning wheel and the game froze. I contacted support and was only given the options of signing out of Facebook and back in or uninstall and reinstall the app. I’ve done both 100 times each over the last few weeks and nothing. I think I might delete the app for good.
By Show off Grandma

Every update gets worse

I’ve played this for at least a year. I used to be able to regain points from Team Play. No longer! I seldom win now, down from winning around 1/2 the time. The bonus coins are getting skimpy and during Sit and Play and Neverland, I rarely win anymore. I can’t remember the last time I won big, but I spend most my time trying to accumulate enough points to even keep playing. Time for a change. Time to say goodbye and move on!
By Susan Kolar