This app requires Beddit Sleep Monitor (Model 3.5). Beddit helps measure, manage, and improve your sleep. With automatic and accurate tracking, you get a full picture of your night by measuring sleep time, heart rate, breathing, and bedroom temperature and humidity. Set daily bedtime and sleep time goals, and Beddit motivates you to achieve them with tip notifications like morning results, bedtime reminders, and weekly reports. Seamless experience • Automatic and accurate tracking • An extremely thin, flat, and soft sensor — at 2 mm thin, you won’t even notice it’s there • With a USB power adapter, the sensor is always on Comprehensive tracking and trends • Track your sleep time, heart rate, and breathing rate • Review last night’s bedroom temperature and humidity so you can optimize your sleep environment • View graphs of 7-day, 30-day, and 90-day trends and averages to understand your sleep and environment over time Motivational coaching and education • Set daily bedtime and sleep time goals to get guidance toward achieving them • Improve your sleep habits with bedtime reminders and nudges in the evening • Stay on top of how you sleep with daily and weekly sleep report notifications • Watch videos on how to improve your sleep Integration with Apple Watch and the Health app in iOS • Receive sleep report notifications, bedtime reminders, and nudges on your Apple Watch • Sleep analysis and heart rate data are also stored in the Health app on your iPhone so you can view all your progress in one convenient place A Beddit Sleep Monitor (Model 3.5) is required to monitor your sleep. — Learn more about Beddit at www.beddit.com. 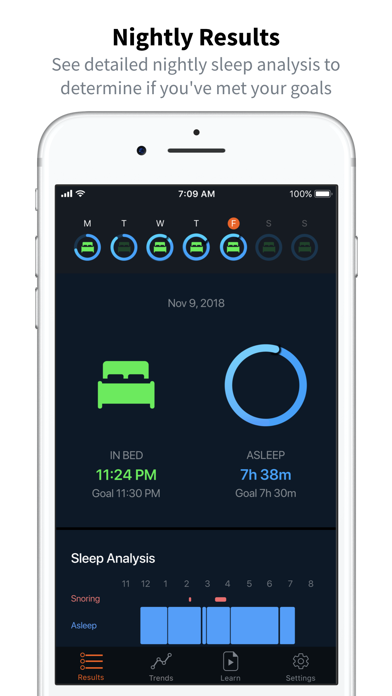 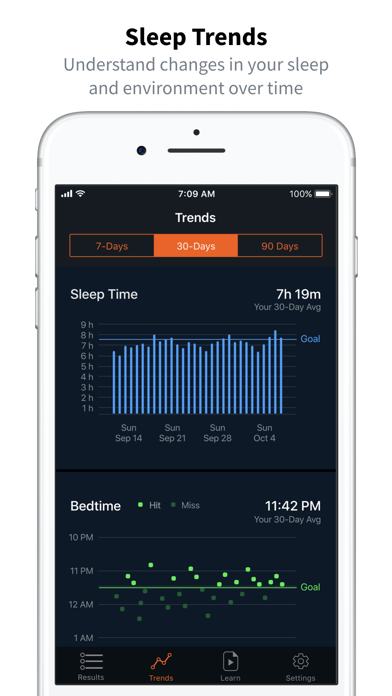 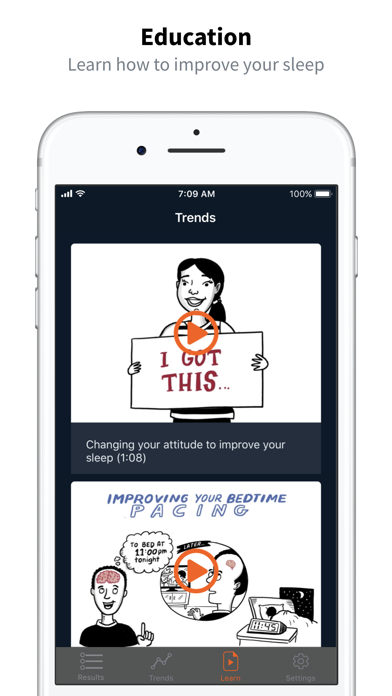 App kind of makes the Beddit not so useful

The app doesn’t put the data in an easy format to follow trends, doesn’t seem to share everything with the Apple Health app in a way that it could consolidate the data alongside other sources, like the Apple Watch. I’d really like to see all the data from the Beddit show up there. I don’t know if it’s a flaw in the sensor or if there could be something programmed into the app to help with sleep detection, but I often get data thar shows me as being asleep when I’m not. It’s even shown me as being asleep when I’m not in bed. Maybe having an app learning option where it prompts the user to determine if asleep or awake to develop a sort of custom sensitivity profile that takes into account movement, heart rate, breathing rate. Snoring detection is, in my mind, a useful function, but seems to not be usable in automatic mode, which is unfortunate. Between the inaccuracy of sleep detection and not having snore detection in the auto mode, I have to engage the Beddit manually and I was counting on it being something I could just leave run all the time - a set it and forget it sort of thing. I’m also not sure about the accuracy of the temp sensor. Seems to not register as cold as it sometimes is. I hope more is done with the app development. I like the Beddit as an idea, but the app doesn’t align with the potential for the device.
By anon0913

They discontinued support and the app for the previous model (3) so if you had a perfectly working product and need to re download the app (upgraded device in my case) you now have a useless piece of garbage that you can’t use. Was happy before this— but I won’t go and spend money on a newer version of their product after this.
By 1putaestrella

The 3.0 app is no longer in the App Store, so the existing product, working perfectly fine prior to getting a new iPhone, no longer works for anything. Please bring back the old app or support the not very old products in the supported app.
By spchester

Hate iOS going back to Android

App won’t open and just immediately closes. Have the original Beddet and NO SUPPORT WHATSOEVER FROM APPLE since they own it now. $150 down the Apple echo system.
By DaWeavINC

I cannot Review what I cannot use! Fix the crash! iPad Air 4 with iOS 14.7.1
By NanaSadie

I don’t understand why the app has to be open every night before I go to sleep to record. It should be open since it’s plugged in constantly…it crashes some times too. This app needs a revamp
By Dede1121

App is 100% “happy path”. When the thing doesn’t work right, there’s no help in the app at all. It might have worked for while, but I have no idea what’s going on and am done Complete waste of money.
By MikeSand6688

Is this still in beta?

As part of a scientific research study, I was asked to sleep with a Beddit. Half the time, it got my sleep data profoundly wrong. The worst examples? Several times a week, it reported that I never went to sleep (although I did), or that it only took a couple minutes to fall asleep (when it took an hour or more). One night, it told me I had already slept 8 hours and 36 minutes before I even got in bed! I think this product needs A LOT more fine tuning before it’s ready for mass marketing.
By Taneka30306

This product does not live up to the Apple brand name. It is highly unreliable in its data collection. I have used it for two months and got less than 50% of the nights captured with some data. What I have learned to cope with is to reach down under the bed to reset the USB connection every two nights. When I forgot to reset it, i could count on it to not collect any data. Most recently I am having problems connecting the Bluetooth. It has been a struggle with this product. I bought it through the chase promotion as a last minute birthday gift to myself without doing much research... when I inquired about the return policy I was told it was only 14 days. Now that felt like a trap for poor quality products using the Apple name. Very disappointed. I shall never make the same mistake again!!!
By YLYLYL2009