The most addictive Idle Clicker game ever! In this brand new idle game you can decide about the creation of the earth. The more you upgrade the planet, the more energy you will get. Spend energy to colonize the planet. Plant plants to allow animals to grow! Can you unlock the atmosphere? Easy and simple gameplay: - Great upgrade system that will keep you playing for hours! - Prevent a natural catastrophe by unlocking the atmosphere. - Start off with upgrading the ground and unlock animals and humans! Features: - Beautiful animations! - Create the world as you want it! - Many categories to upgrade! - Endless hours of gameplay! SUBSCRIPTION PRICING AND TERMS: Idle World VIP offers a weekly subscription for $5.99 after a 3-days of free trial or a monthly subscription of $19.99/Month or a yearly subscription of $99.99/Year. This is an auto renewable subscription. It gives you: - No Ads - X2 multiplier - +60 Diamonds every day - Free flying bonuses - Unlock all planets - Infinite offline production End of trial and subscription renewal This price is for United States customers. Pricing in other countries may vary and actual charges may be converted to your local currency depending on the country of residence. Payment will be charged to iTunes Account at confirmation of purchase. Subscription automatically renews unless auto-renew is turned off at least 24-hours before the end of the current period. The account will be charged for renewal within 24-hours prior to the end of the current period, it will be charged $5.99 weekly for the renewal. $19,99 for the monthly subscription or $99,99 for the yearly offer. Subscriptions may be managed by the user and auto-renewal may be turned off by going to the user’s Account Settings after purchase. Any unused portion of a free trial period, if offered, will be forfeited when the user purchases a subscription to that publication, where applicable. Canceling trial or subscription You can turn off the auto-renew for the subscription whenever you want to through iTunes account. Check https://support.apple.com/HT202039. When your current trial/subscription Please find our Terms of Use at this link https://homagames.com/terms/ 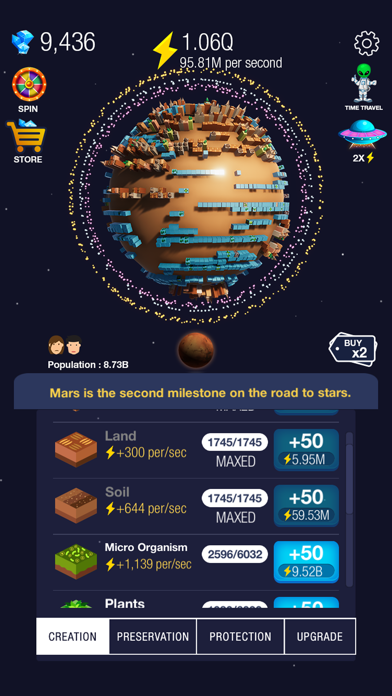 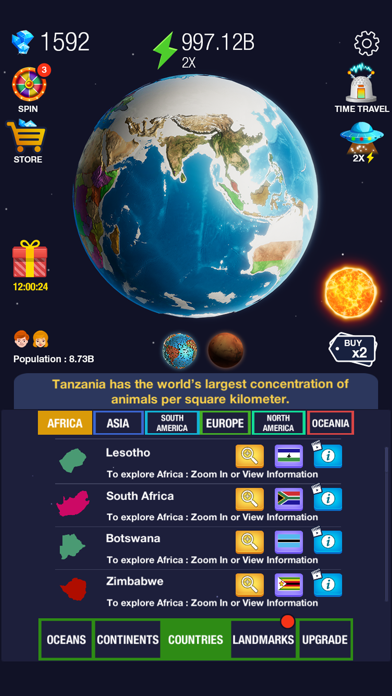 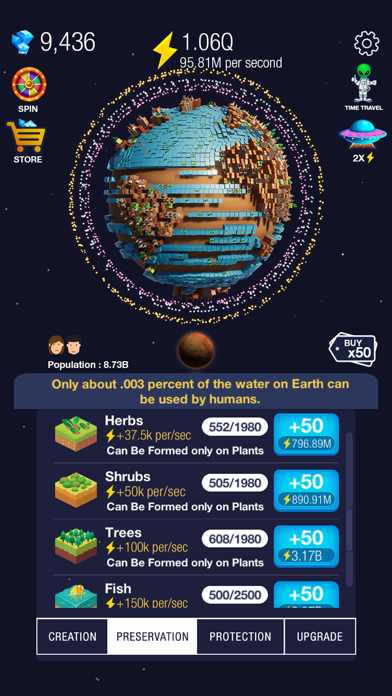 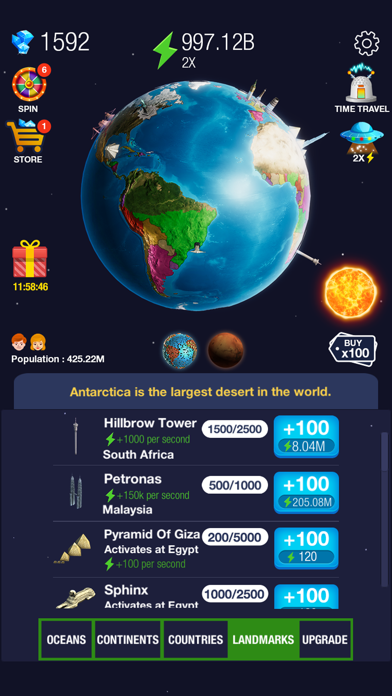 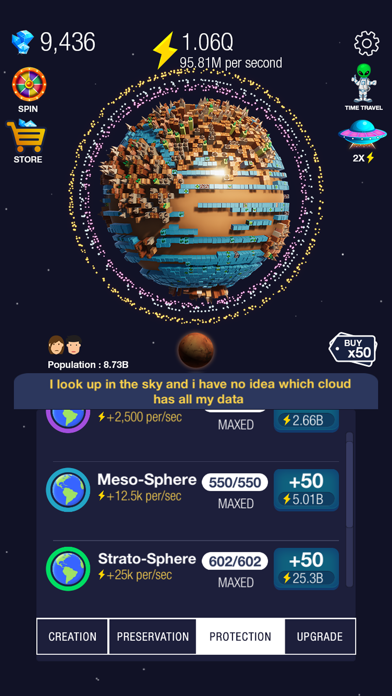 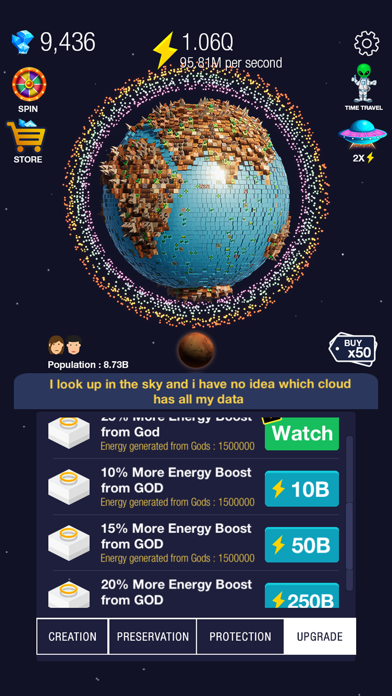 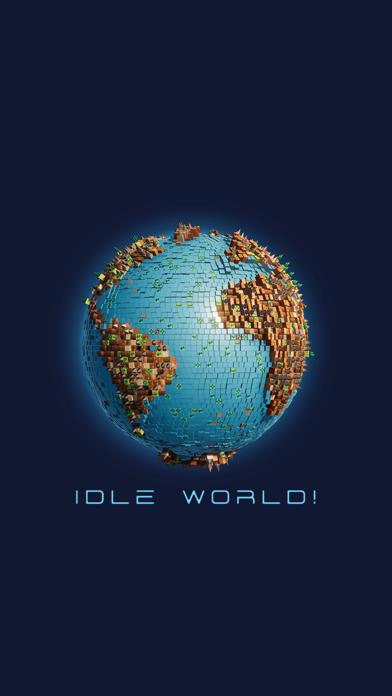 I maxed all planets in 2 days and prestiged once This was done with about 6-7 hours active playtime, and 2 days total
By Vuykzor

Not what I thought

This game is a joke I cane even play ten seconds without getting a ad. Do not download!!
By cuanda99

There are ads that pop up in the middle of game play and ads to watch if you click on an achievement award. You will send more time watching advertisements than actually playing the game. Enjoy!
By JamesPinSC

Way too many ads
By yerpderp1

Nothing but a constant barrage of ads.

This game is nothing more than a constant barrage of ads. you can’t play the game because there’s so many.Are you people really that poor.
By Lord Humppsalotalota

Ads with a little bit of game

The only reason I gave you 2 stars instead of 5 is because you let me play for 10 seconds or so between ads... rather than have any game at all just release a full app/game with 100% ads instead of only 98%
By Filflarn