In Disney Coloring World, kids get creative with their favorite Disney and Pixar characters - and there are hundreds to choose from! Explore an ever-expanding universe of over 1000 stickers; from Mickey and Minnie Mouse, to Frozen’s Anna and Elsa, from the cast of the Lion King and Toy Story to an array of heroines, heroes, princesses, side-kicks, villains and so many more. Choose from a selection of brushes, crayons, markers and magic tools to work with (it even supports Apple Pencil). Give Frozen’s Elsa a blazing red dress or Mickey Mouse spotty green ears. How would Simba look with stripes like a zebra? The sky’s the limit! For little hands that might not have mastered the art of coloring yet, there’s even a Magic Color tool that fills in all the colors perfectly. And there’s more! Once a character has been colored and decorated it turns into a sticker that can then be placed and played with in magical 3D sticker books. The sticker books present iconic places from Disney films where kids will discover hidden interactive surprises, adding a sprinkling of magic to their creative play. Each time a page of characters is completed, even more characters and pages unlocked for endless fun, rewarding kids for their creativity. Disney Coloring World is a subscription service which gives complete access to all our coloring pages and playsets with exclusive new content every month. - Choose to subscribe on a monthly or annual basis. - Change your mind at any point. Cancelling can be done through your iTunes settings. - Payment will be charged through your iTunes account. - Account will be charged for renewal within 24-hours prior to the end of the current period at the price of $6.99/month or $49.99/year, unless otherwise specified. - Your subscription automatically renews unless auto-renew is turned off at least 24-hours before the end of the current period. - Subscriptions may be managed and Auto-renewal may be turned off by going to your Account Settings after purchase. - Any unused portion of a free trial period will be forfeited when you purchase a subscription! - Use your subscription on any device registered with the same Apple ID you subscribe from. Read our privacy policy and terms of use here: https://storytoys.com/privacy https://storytoys.com/terms-dcw/ 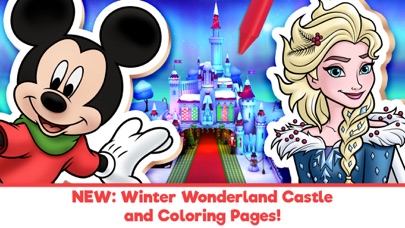 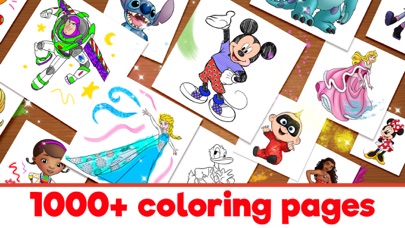 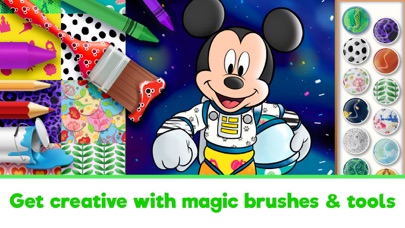 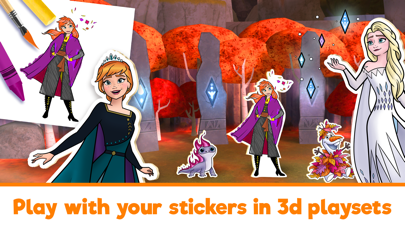 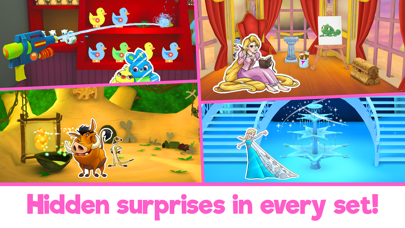 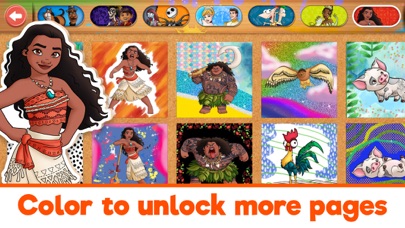 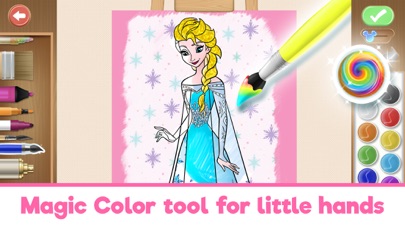 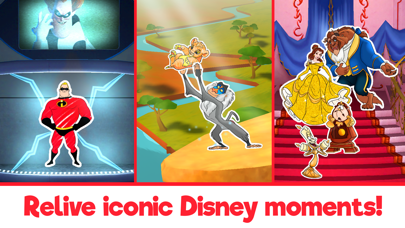 Everything needs to be free

Personally I can put up a one star and I would like it to get improved because I think paying $14: .99 for something on an app it’s not valuable and can be easily thrown away if someone chose to delete the app which I’ve done many times and he’s the only reason why am writing this review and I think if they were more free options especially the Encanto Pack .
By set December

I LOVE THIS GAME BUT a couple problems

Hi I’m 9 and there’s some problems,1st when u put a character on the carpet the were they walk they sometimes get stuck and it gets annoying 2 I just got the kitchen were they eat but when I leave the kitchen and I want to add more characters but they say that I have to much characters and I have few characters so that is kind of annoying that it have a great day
By sm6512

So, this app is really good and I think that it can be better, first of all, in a few hours my subscription is ending. And I have seen a ton of reviews saying that there is ONE coloring page per pack, out of the 1000+ coloring pages, there is one? I don’t understand. I think there should be at least half, and much more play sets. In really short ones with no play sets, I think that it should be fully colorable because it’s really short. Next is that I don’t understand why there is not a one time subscription! Like other coloring apps you can color so many different pages. Next is that I think you should add more play sets. Also, what is the point of having all of these coloring pages if there is only one part? For example in the Mulan Play Set, she doesn’t have her house, or the camp, just her the ending. But all the characters are meant for the end. Just the beginning and mid part. So yeah, please fix these problems.
By LittleHero912

I’m 9 right now today and a long time ago I would always play this app! I loved it and I found it on TikTok so I’m like GURL IM BUYING IT AGAIN IDC IF ITS TO MUCH MONEY PLS DOWNLOAD
By may Sarah feen fred

My daughter loves coloring in this app (so do I!)

We have really enjoyed the app and my daughter asked to buy the princess bundle pack. We payed $14.99 for it and when she went to go color other pictures (that we payed for) it told her she had to color more pages to unlock those pictures. This upsets me because I paid $14.99 for content she can’t use???? I would recommend this app as a free app to anyone but I would NOT recommend spending money on it seeing as you still have to “unlock” what you have PAID FOR.
By Momma meeee a

You have to spend a ton of money to use it. I went ahead and bought a pack since my 2.5 year old likes coloring the pictures. I paid $4.99 and it only unlocked two pictures. You have to color all the pictures to continue to get the ones you paid for, it’s mind boggling.
By JoeMK85

Chuggington ~ We are the Chuggineers

ShipAntics: The Legend of The Kiki Beast

Chuggington - We are the Chuggineers

StoryToys Beauty and the Beast

What Do I Wear? ~ Touch, Look, Listen