Take the awesome power of your Microsoft Xbox One console, and give it the portability and convenience of the Nintendo Switch. Stream your Xbox One games to your iPhone, iPad or iPod touch and play from anywhere with access to your home network. Never again will your gaming be interrupted when someone else needs to use the TV! OneCast features: • Supports HD 1080p video for crisp, smooth gameplay • Various control methods including any MFi game controller and the built in virtual on-screen controller • Highly tuned performance with extremely low lag • Multiple profile support so you can use any number of different Xbox One consoles or Xbox Live gamertags • Customise the virtual on-screen controller to your liking • Quick and easy one-time setup, start playing within seconds Notes --- • For the best streaming experience, your Xbox One should be connected to your home network via LAN cable and your iPhone, iPad or iPod touch should be connected to a 5GHz WiFi network. • You will be required to sign in with your Xbox Live gamertag in order to register your Xbox One console with the app. • In order to use your Xbox One wireless controller to play games with OneCast, you must be physically close enough to your Xbox One console to allow the controller to establish a wireless connection directly with the console. • If you need any assistance, our technical support team are on hand and are committed to quickly resolving any issues that you may encounter. Disclaimer: Xbox, Xbox One, and Xbox Live are trademarks of Microsoft Corporation. OneCast is in no way endorsed by or affiliated with Microsoft Corporation, or any associated subsidiaries, logos or trademarks. 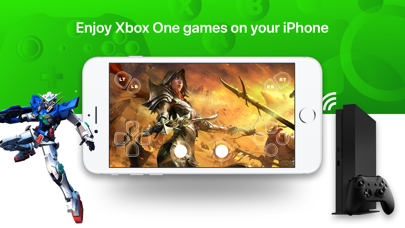 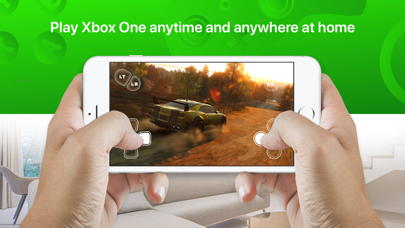 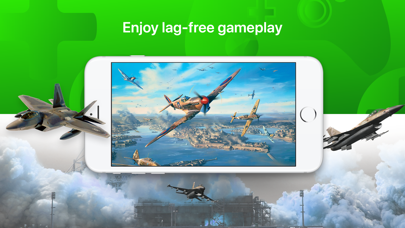 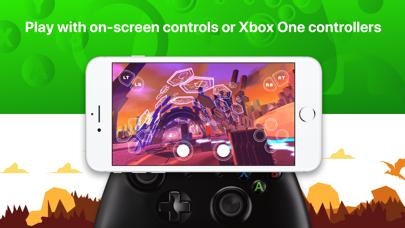 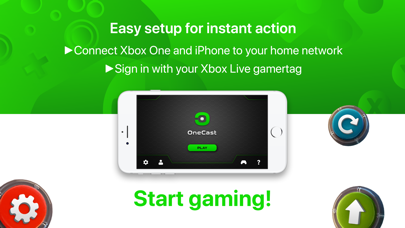 TL;DR - This app exceeds my expectations, and does exactly what it’s designed to do, even with a wireless connection. I have 100Mbps WiFi, and it worked well enough to not notice any lag while playing Black Ops 4. I never write reviews for apps, but this app is gonna be the exception. I can’t believe how incredibly useful this app is! I’ve only been using it for about a day, so I’ll update this if I run into any problems. I’ve been struggling for quite some time with my significant other over who gets to use the TV and when, and how we’re not spending time with each other if we’re using separate TV’s in separate rooms. I stumbled across this app after reading about Microsoft’s Project xCloud, and I can’t believe I never thought to look for something like this before! I set up OneCast on my iPad yesterday. The setup was very simple and quick, it took me less than 5 minutes. You only have to make sure your device and the Xbox are on the same network. As soon as I was done, I was playing The Outer Worlds, Black Ops 4, The Witcher 3, whatever, with all the convenience of a Nintendo Switch! Now I can play Xbox, and she can watch Netflix at the same time in the same room, and everyone’s happy! The app insists that you use a LAN connection from your Xbox to your router, but it worked perfectly fine over WiFi with negligible lag. For clarity, I have a 100Mbps wireless connection between my Xbox and router. If you have a slower connection, this app may not work as well without a hard connection. It’s also compatible with MFi controllers, or if you have a new Xbox controller, you can connect it to your device via Bluetooth, or just do it the way the app recommends and connect an Xbox controller directly to your Xbox. The only thing I still wish I could do with OneCast is be able to connect to my Xbox from another WiFi network, or even over LTE. I’m sure there’s probably a way to do it externally, but I’m not quite that tech savvy. Who knows? Maybe they’re working on something like that next. Overall, I honestly can’t find a downside to OneCast yet. I was scared that I’d spend the $12 just to find that there’d be too much lag time between the Xbox and the device I’m playing on to be able to play anything that isn’t a casual or turn-based kind of game. However, like I said, the lag time is negligible, to the point that it has no effect on your reaction time, so I can’t complain at all. This app is 100% worth the $12, especially if you have a similar situation as I do.
By Zacherie

This app would be great if it did not crash so often. I had not problem with this app for the first few minutes I was using it but then it started repeatedly lagging and then crashing. I spent more time trying to log back in than playing.
By paulmwalker

I love this app so much! The only problem I have is how it drains battery so quickly!
By UselessBlob

They don’t tell you about the audio lag before purchasing...
By JeremyMSiegel

If you want a wonderful way to waste money... I have Ethernet cable in my Xbox and fast speeds for Wifi and it connects and 5 seconds later it disconnects
By Yeeaaa Boooiiii

I wasn’t sure about this app when I first saw it, but after downloading it and using it it works perfectly even with my Xbox connecting wirelessly. Awesome app I can play any of my Xbox games from anywhere in my house and I can hook up my controller to my phone. There is minimal lag and an awesome app overall. 5 stars.
By MixxPixx1

This is Poop never use this
By BigPorpiose