ACCURATE LOCATION TRACKER Spoten - it is a smart way to track your friends, kids and family members location. By using Spoten location tracking app you can know the real-time whereabouts of loved ones. You add people you want to track, and if they accept, you can then see their whereabouts on the map. Stay connected with your close ones at all the time with Spoten location tracker. KIDS & TEENS location tracker - extremely helpful app for parents Real-time location tracker is ideal solution for parents who worry to much. Use Spoten and be sure your kids are safe. Sometimes your kids can’t answer the phone for one reason or another. Spoten helps you to know where they are. Knowing that your child is at school helps you save some nerves. Track YOUNG DRIVERS Make sure your young drivers get to school safely without constantly texting them every few hours. It’s huge piece of mind. In other words, location tracker will make your overprotective heart happy while still giving your teens independence. No more worrying! Stay close to your FRIENDS It’s really awesome to be able to look on the map and see where everyone is. Meeting your friends is now easier than ever! Track your FAMILY around the world Now you can manage the whole family easily, know where your mom or dad and where to find them. No need to send text messages asking “When will you be home?” The Spoten tells you! CELLPHONE Track the real-time location of a device, know exactly where is your lost or stolen phone and get it back (you can find your phone easily using a family member’s registered phone). Note: Spoten must be installed on the phone that you want to track. Features - Location history: you can see the past whereabouts of someone - Location sharing settings: you can turn on/off location sharing whenever you want Spoten is free to use, but offers a Premium subscription option. - If you choose to subscribe, you can choose one of the auto-renewable subscription packages weekly subscription without trial - $4.99 per week, and with a 3-day trial: weekly subscription - $7.99 per week, monthly subscription - $19.99 per month, monthly special offer - 13.99$ per month. - Payment will be charged to iTunes Account at confirmation of purchase. - Subscription automatically renews unless auto-renew is turned off at least 24-hours before the end of the current period. - Account will be charged for renewal within 24-hours prior to the end of the current period, and identify the cost of the renewal. - Subscriptions may be managed by the user and auto-renewal may be turned off by going to the user's Account Settings after purchase. - Any unused portion of a free trial period, if offered, will be forfeited when the user purchases a subscription to that publication, where applicable. By using Spoten, you agree to our Privacy Policy and Terms of Use: https://avisoapps.com/policy https://avisoapps.com/spoten-terms 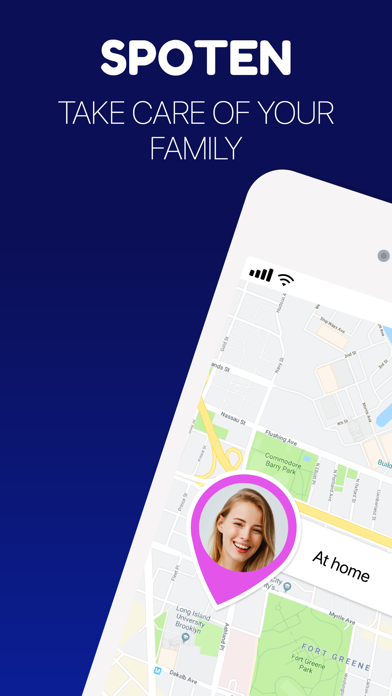 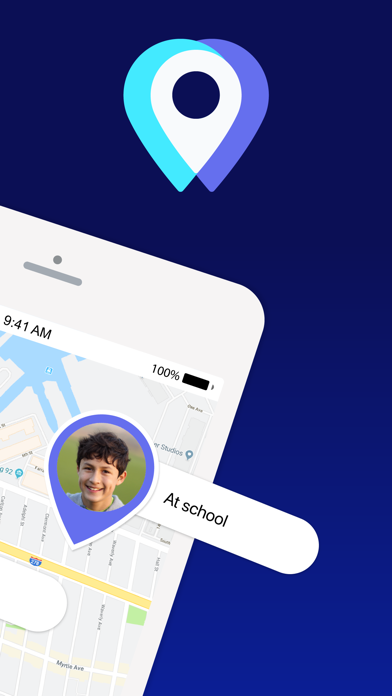 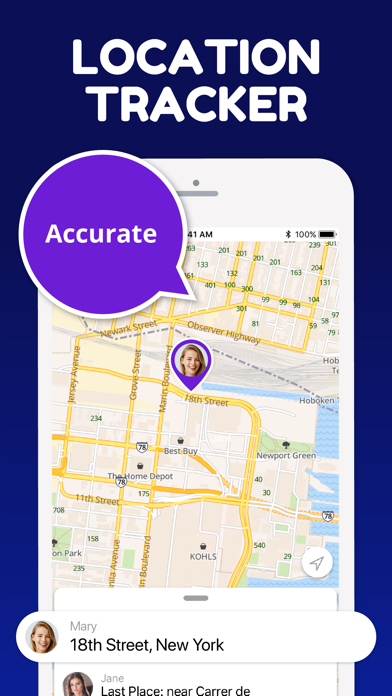 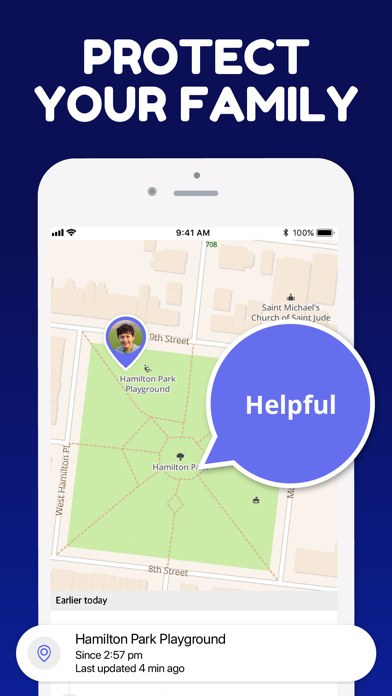 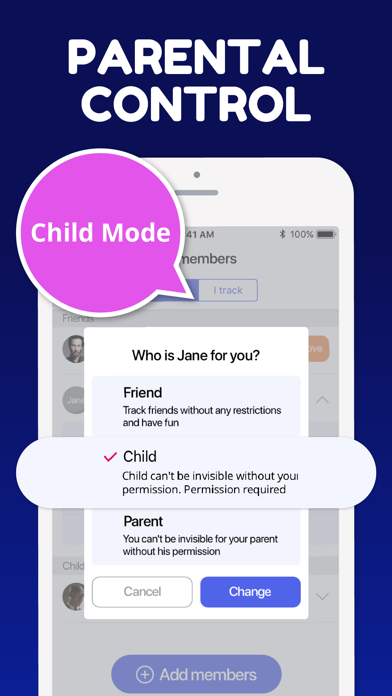 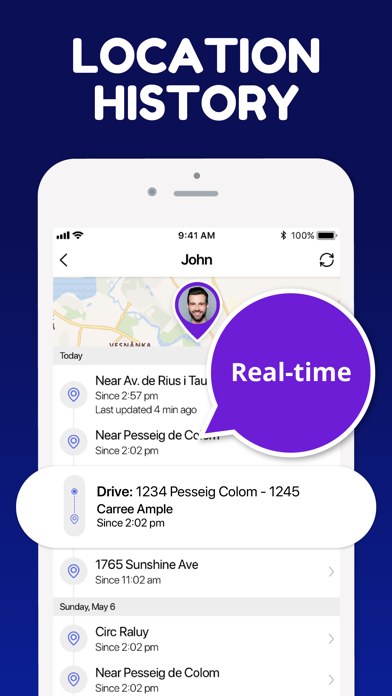 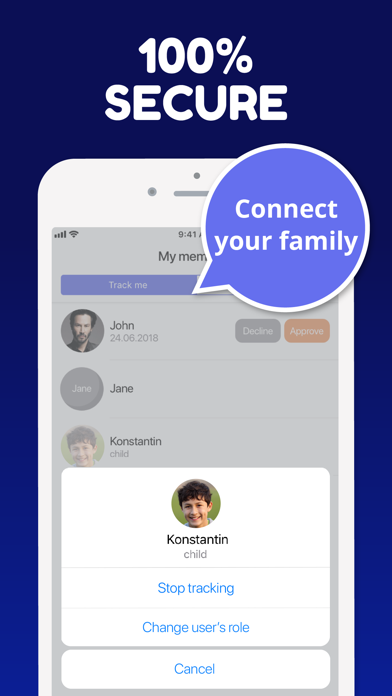 When we are single, and before we get into a relationship. We think that a cheater can get caught red handed easily, because we think that they are dumb. We just think that oe day we will get home and there he or she is! with somebody else in bed. That itself is a given reason to break up, or worse divorce. But in reality, A private investigator like Kenny is different, he is smart! meaning to say good at hiding. So instead you are becoming paranoia, or you are dying to know whats going on to give yourself a good reason to run away, because you know the signs are there but there is no proof of cheating! There are cheaters who can be remorseful, that can happen after you've shown your wounds (since you have no proof, she can brush it off as a joke and keep on doing it) or years later after a break up/divorce, but than you might have long forgotten her already. If you were to find proof, than she better be remorseful, and feel bad for you than doing that or feeling like that later in her life. The best advise i can give you is to contact a professional that can help you get a proof to confront him/her and get them caught. I know a professional that you can reach on (six six nine) - two four one - six two seven eight)
By redprints_Inc

Me and my mom tried to connect our phones so she new where I was. We both downloaded the app (as, we new it was free, and had a premium subscription too) and we chose the free page (because we were not about to pay $7 a month) and I pressed add person and it lead too the pay page. DO NOT USE UNLESS YOU WILL PAY $7 A MONTH.
By Maddie Fandrey

So when I downloaded this app I sign in and when I was done The first thing that popped up it asked for my location I was shock so I deleted this app . This app Should be A shame on it’s self
By Max your boy

Child Sex Traffickers made this app!

Pretty sure this app is made by child sex traffickers. I’ve reported it to Apple, the FBI, and the National Center for Missing & Exploited Children. You can tell it’s not a reputable app due to the spelling and grammar errors on the ads and also by the thousands of fake 5 star reviews.
By KMBRLY

Hi! I am new at this,,, does anyone know if this tracker compatible with other devices? I read description seems like only works with iPhone, ipad, etc..
By TashaH27

Eight dollars a week🤔🤔🤔
By farha78