Play with one Bird and one Pig character in every level, to free the Hatchlings and the Baby Piggies! Each Bird and Pig brings their own special ability to the table. The Pigs are all about support, giving you a hand with helpful items. The Birds are masters of destruction. Charge up their powers and blow stuff up! Work together to solve the mystery of what's happening on Bird Island! FEATURES: – Super satisfying bubble shooting gameplay! – Solve bubble popping puzzles! – Team up with your favorite Birds and Pigs. – Play with your favourite Angry Birds characters. – Level up your characters! – Use each character’s unique special ability! – Defeat enemies and tough bosses. – Explore Bird Island and beyond! – Save the Hatchlings and Baby Piggies! Need some help? Check out our support page or send us a message! https://support.rovio.com/ Terms of Use: https://www.rovio.com/terms-of-service Privacy Policy: https://www.rovio.com/privacy 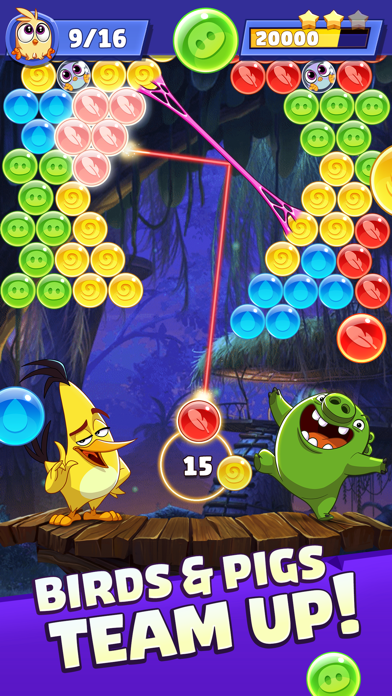 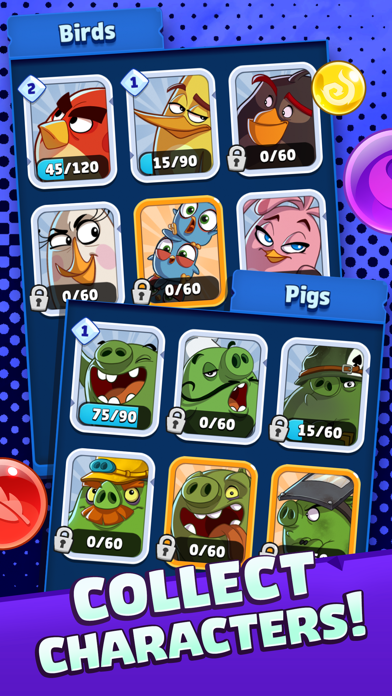 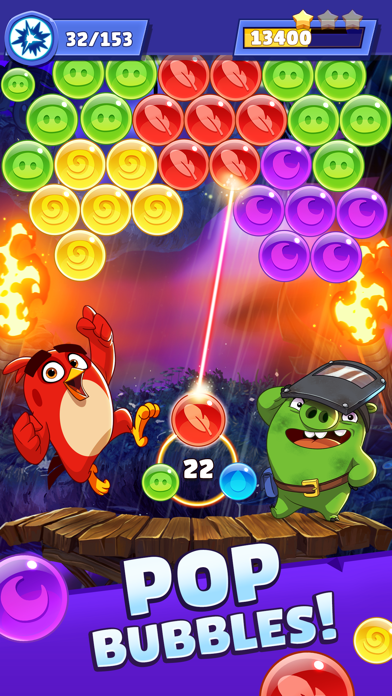 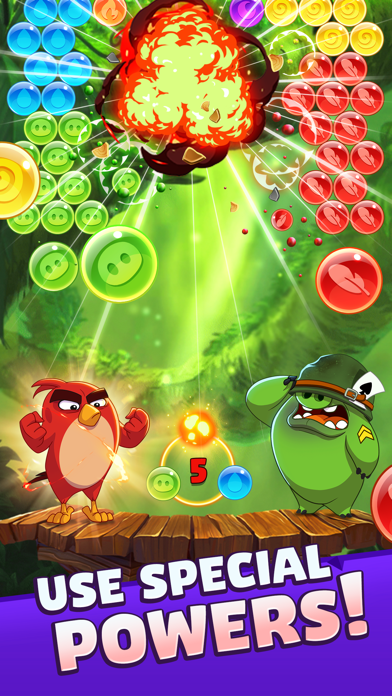 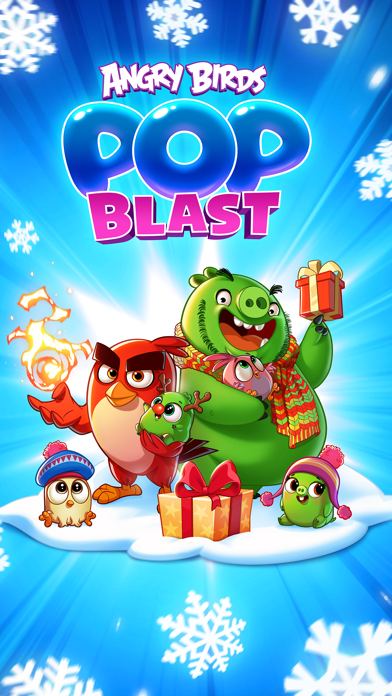 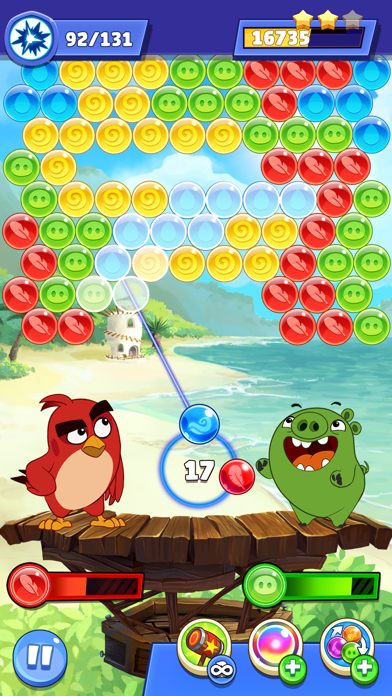 It’s addicting at first but then you reach a certain point where it becomes predatory. I’ll play the same level all day before finally beating it, just to reach a “hard” level and it starts all over. I get the developer is out to make a profit, but when the entire game is based around you paying to play - it becomes far less enjoyable. Always comes down to the final ball when you’re about to win the level....I mean come on it’s blatantly obvious
By bmwguy24

Fun game when it works

Game has trouble loading at times. Needs a bug fix
By TPBu

Ok first I am biased, because I love Angry Birds, but this game is fun, and when you buy a package it was only $2.99. I didn’t have to buy a package, until I got to level 40. I just started playing Pop Blast yesterday 1/13/20 Monday. So you see it is addictive, because I am at level 51 right now. Play it you will love it. Also the Birds and the Pigs say you hoo and hey, when you start a new level. They dance and cheer for you when you win a game. The best part is they both give you power ups, to help you win. You won’t regret playing this awesome game.
By 1AfiaRed

I like completing this game by shooting .
By Sarita Ghalley❤️

The game play is awesome, I wish I could play for hours but it keeps crashing. I just downloaded the game yesterday and about every three levels or 10 minutes of game play it just cuts out. I really like this game but having to worry about it closing in the middle of a level is really bad. I even had to download more content to move on and it still crashes. I’ve restarted my phone, reset my phone memory, exited out of apps...but alas the problem continues. Out of all the Angry Bird games this was in my top three because of game play but now I’m going to delete it because I can’t handle the crashing every 10 minutes.
By Blueboo33

Really like the game only playing because my Son is so crazy about the game! It’s really fun!

Go back to game Go
By Poodie4

Somehow You Changed The Of Angry Birds POP 2 From POP 2 (The Orginal ame For The Final Version Of The Game) To POP Blast (The Name That Has To Be The Beta Or Prototype Version Of The Game). Change The Name BACK To POP 2 Or Else POP Blast Is Gonna Make People THINK That’s POP 3 So Change It Back Or Else... IT WON’T BE A SEQUEL!! PLEASE?! 😱
By Witti09

This game is more of a puzzle game than Angry Birds Pop. Beyond the surface, this game requires additional thought and strategy. Some levels are difficult to beat even with leveled up birds and the use of an earned boost, with that effect magnified for players new to the game. Balance is off on some levels, whether for earning stars, completion or both, but if you keep playing it is possible to level up and get enough free boosts to beat every level. This game presently has no ads, which is nice, but you can hit a wall with tough levels and be effectively unable to proceed or earn points to power-up your birds. You can level up over time and earn boosts with daily challenges, but players may find that process to be unduly slow. With patience you can beat the game without purchasing gems. The basic game often hangs for players who have completed all levels, although the "space race" is usually still available.
By Dad of a. 6yo

This WOULD be a really fun bubble pop game. But, it crashes every couple of levels! Sometimes every level. That in turn makes me lose lives, plus any extras I’ve chosen. Additionally, when I am awarded bonus power ups, they don’t actually appear in my list, so I can’t use them. I notice I’m not the only one with that issue. I’m now stuck on a level, keep supposedly getting power us from the piñatas, but can’t ever use them. I’m not about to pay any money into a game with these severe issues, despite liking it overall. At this point I’ll probably delete the app. As much as I like it, the bugs make it not worth my time.
By Solarbear16