Piano Crush contains virtual piano games and a musical keyboard with a great variety of musical instrument sounds. Enjoy cool free piano games! The piano app is the funniest way to play the instrument. Suitable for all ages, no previous piano lessons needed! *** Piano Crush features *** PIANO TILES GAME: Piano games have never looked so realistic! Use the virtual piano keyboard to play anywhere. Tap piano keys under falling tiles and perform like a real pianist, following hints from these music games. SONGBOOK: Over 300 piano melodies available! Choose from many styles and genres, from classical to popular repertoire you can instantly play Beethoven’s Symphony #5 or The Animals’ House of the Rising Sun! Categorized library and enhanced search will help you find awesome songs quickly. New piano songs are added every week! MUSICAL INSTRUMENTS: Make your piano keyboard sound differently! Change your virtual piano sound to Harp, Accordion or even the sound of Violin. Enjoy the variety and originality of sounds in piano games! SHARING: Music is for sharing. Play your piano music, have fun, and share your piano experience and positive vibes! Challenge your friends to beat your highest score! Turn your device into a luxurious piano keyboard with realistic sound effects and amusing piano games! The app has HD graphics, and all of its sounds are samples of a real instrument. Additional sounds of non-keyboard instruments have been added to make your piano music experience more challenging, exciting and fun! HOW TO PLAY NON-KEYBOARD INSTRUMENTS ON PIANO TABS Pick a new musical instrument sound and play any piano chords on the virtual keyboard as you would normally. The app will instantly switch to the selected sound. Enrich your music games experience with this unique feature. In Piano Crush you can play: - Grand Piano - Vintage Piano - Accordion - Organ - Electric Guitar - Harp - Harpsichord - Violin - Electric Piano - Vibraphone - Synthesizer - Banjo - and others Have fun with piano games and play music with ease! Privacy Policy: https://gismart.com/privacy-policy/ Terms of Service: https://gismart.com/terms-of-service **** About Gismart *** Gismart is a team of devoted musicians and developers with real passion for music and everything about it! Find out more about us: Gismart.com Follow us on Twitter/Facebook: @Gismartmusic Feel free to drop us a line about anything: support@gismart.com The app contains the following subscription options: - Weekly with a 3-day trial and $7.99 / week - Payment will be charged to iTunes Account at confirmation of purchase. - Subscription automatically renews unless auto-renew is turned off at least 24-hours prior to the end of the current period. - The account is charged for renewal within 24-hours before the end of the current period. - Subscriptions may be managed by the user and auto-renewal may be turned off by going to the user’s Account Settings after purchase. - The cost of renewal is equal to the value that “Apple’s App Store Matrix” determines as the equivalent of the subscription price in $USD. - Any unused portion of a free trial period, if offered, will be forfeited when the user purchases a subscription to that publication. - Unlimited access to our Premium features include: All songs unlocked New songs every week Special sounds No ads Privacy Policy: https://gismart.com/privacy-policy/ Terms of Service: https://gismart.com/terms-of-service/ 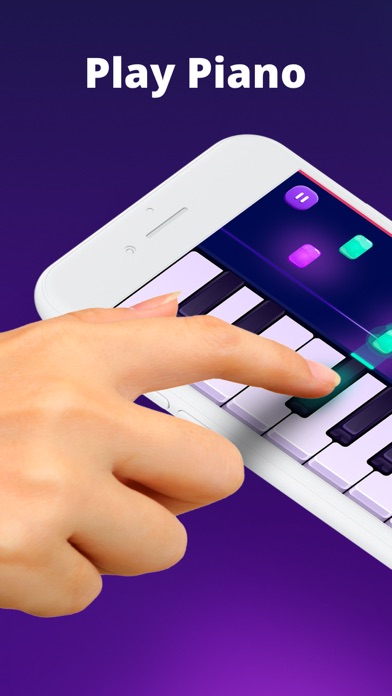 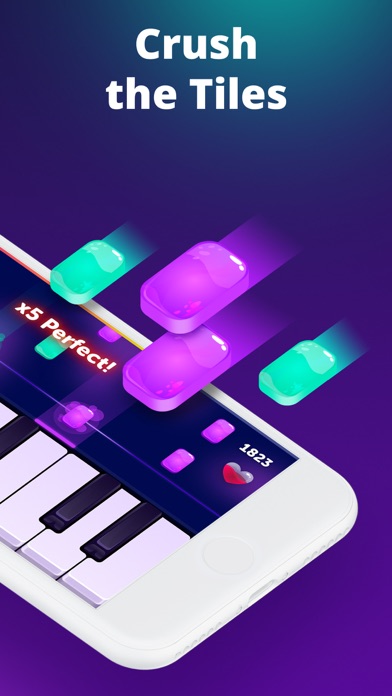 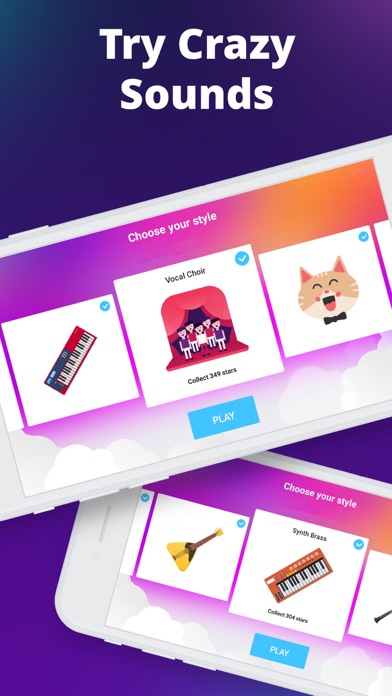 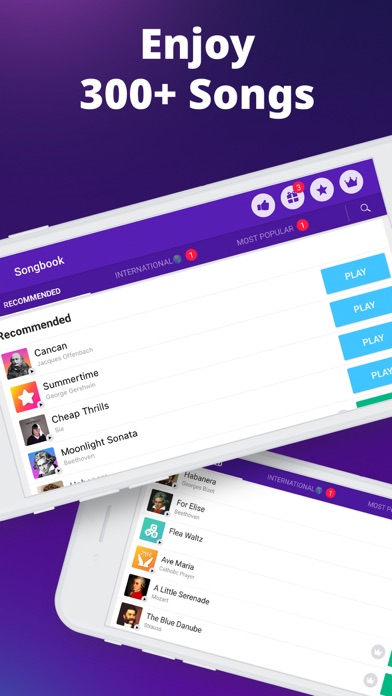 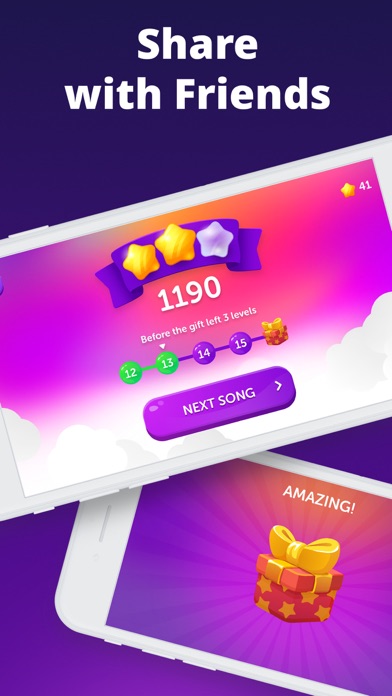 I cannot play without paying for full accces boo
By picklelover72

You can’t even play without being forced to buy a subscription. I just wanted to play a game not waste money on it. I’m not playing till you take off the pay wall Edit: You also can’t close the pay wall for ftp the developers lied
By EdgeLordOfOhio

Put an X on your stupid site.

So I saw the ad from this it was really cool but when I download it. It said I need to pay money, What the heck man why does every dumb game has to cost money this is a brat, Oh and also btw this is not for kids you put it 4+ it should be 17+ or 12+ if you not let it cost money everyone would be happy 😃
By Fahadanbakis

What the heck scam

Why would it be on the free side of the apps if nothing is free on this lame app😭. Would’ve respected it if it was on the purchase side of the apps then maybe look into it. But this false trial is bullsheet and doesn’t deserve the time
By wasn't impressed

Not hate but concerned

The notes are coming all at once and I find it very difficult. I deleted the app 20 seconds after I downloaded it. Some suggestions: Could you make the songs easier?
By calm girl 123

Scam. Wants to charge right away.
By jackdanielz

Once I got into the game it wanted me to pay and they hid the X in the top right so you think you have to pay. Then when I got in the actual game it was good and then it would hit random notes. This game is not very good. I would've never installed if I knew it would be this bad.
By every buyibg mum

Have to subscribe just to get to play for free

Downloaded and launched the game but couldn’t do anything unless I agreed to subscribe. Then was thrown into a game with no tutorial and no option to leave! Definitely uninstalling this… sad because it looked so promising. Also, $7.99 a week??? I don’t know many people that want to spend $32 a month on a game for their phones… dumb!
By LunaAymelek

Hidden Objects: Find them all