Wherever you go, your phone goes. And so does your private information. We made it our mission to secure your digital life, with zero effort on your part. Your privacy and security are important - but it takes a lot of time to manage things like that. Unless, that is, you install Surfshark VPN. 〈 WHAT THE APP HELPS YOU DO 〉 ▸ Secure your identity online ▸ Make sure every public Wi-Fi is safe ▸ Stay private with our strict no-logs policy ▸ Encrypt all your traffic to protect it from snoopers ▸ Keep your real location unknown ▸ Protect all the devices you have ▸ Get help from 24/7 live support team 〈 WHAT THE EXPERTS THINK 〉 “It’s a one-stop VPN for privacy and security online, with a surprisingly deep list of extra tools and features.” - CultOfMac.com “It is a pleasure to see a new VPN service come across my desk that gets so much right. Overall, it's an excellent product.” - PCMag.com “Surfshark is a speedy and powerful VPN with an array of advanced features.” - TechRadar.com 〈 WHAT YOU’LL LOVE TO DO WITH IT 〉 ▸ Hiding your IP to make sure it remains private ▸ Using online banking securely ▸ Connecting to any of our 3200+ servers in 65+ countries ▸ Sending and downloading confidential or private files safely ▸ Protecting yourself from DDoS or doxxing attacks while gaming ▸ Being seamlessly private & secure online, every day! ---------------------------------------------- 〈 AUTOMATIC RENEWAL 〉 • Surfshark is a paid service so you’ll need a subscription to use it • The payment will be charged to your Apple ID Account at confirmation of purchase • The subscription renews automatically unless the auto-renew is turned off at least 24 hours before the end of the current billing period • Your account will be charged for renewal within 24-hours prior to the end of your selected subscription • You can manage subscriptions and turn off auto-renewal after purchase by going to your App Store Account Settings • Any unused portion of Surfshark's free trial period, if offered, will be forfeited when you purchase a subscription Privacy Policy: https://surfshark.com/privacy-policy/ Terms of Services: https://surfshark.com/terms-of-service/ 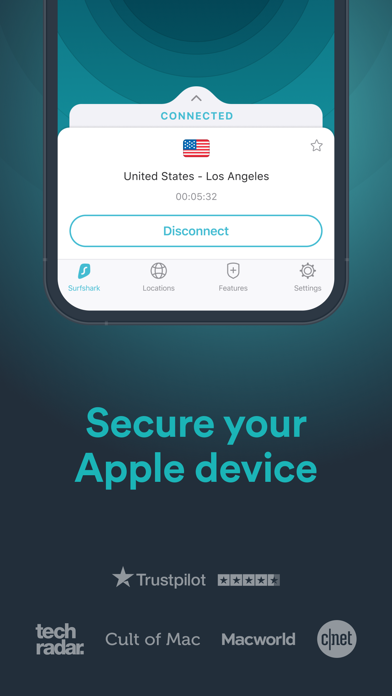 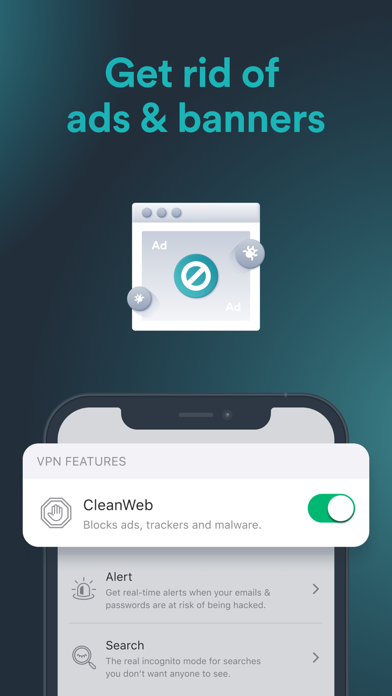 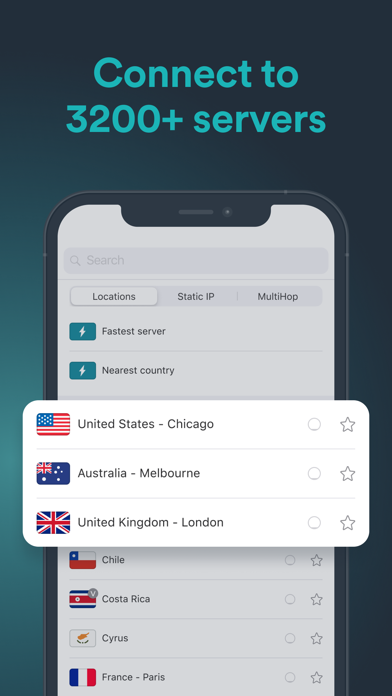 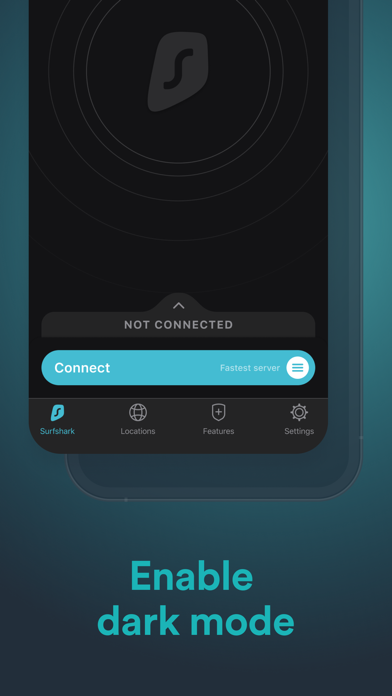 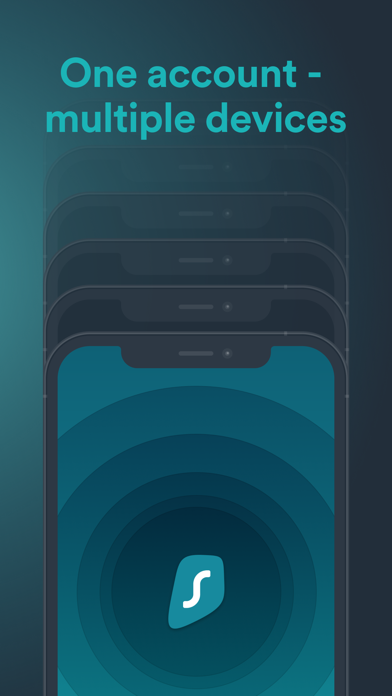 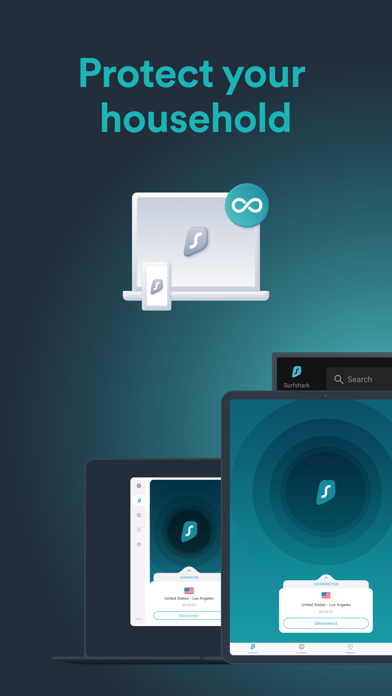 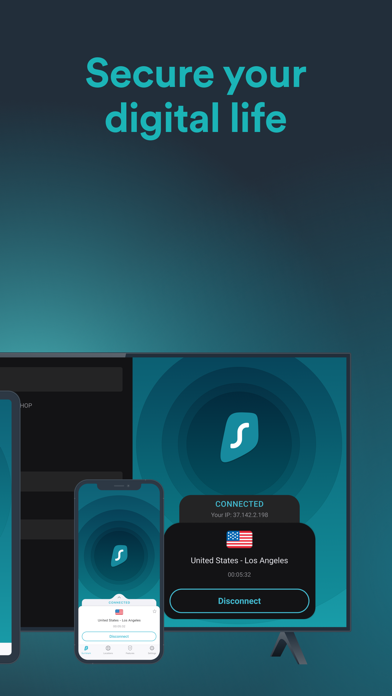 I don’t recommend this VPN

I have been using this VPN over a year now to access the desi contents on Hotstar, Amazon Prime, Jio Cinema etc. The service was just average for first 6 months but after that I always faced the issue (Worst speed). I contacted customer services but nothing really worked (changed Protocols, changed IPs on fire tv, cleared cache, data and reinstalled apps). They used to have 3 servers for India but now they just have two… also removed the shadowstock protocol which was good among all the existing protocol. My suggestion is to go for express vpn … you pay some extra bucks but that would be really peace of mind…..otherwise keep getting frustrated like me.
By ShashvatM

I have been using this vpn to protect my identity and use streaming shows that I wouldn’t be able to use without Surf shark. And the price is so reasonable and the vpn always works.
By awimba weh

It is one of the worst VPN I’ve ever used. Never succeeded in connecting.
By John from Korea

The option of being able to access other countries Internet

it is so nice to get caught up with Australia and New Zealand where I have visited and lived. I’m grateful for the opportunity to catch up on other countries from ground level experience rather than from the viewpoint of American (US) filter. The US is very ethnocentric the rest of the world has a wider viewpoint that only their country but also US
By mark&kim

THIS APP IS AMAZING!!! No kidding

This app does everything it says it will. If you are interested but are a little hesitate. TRUST ME‼️‼️the prices are reasonable and the service is excellent 🙌🏾🙌🏾🙌🏾🙌🏾🙌🏾
By Hudi3x

My only complaint is having to disconnect to access some trusted sites that won’t work with a vpn connection. A whitelist feature would be highly appreciated. Otherwise, excellent!
By wanduh!

Definitely works, but slows my phone down

I got Surfshark hoping it would be a better value after using ExpressVPN for a long time. Unfortunately, as much as it definitely works on my PC well, I’m kind of bummed because on my phone it seems to slow down all my other apps. It took me a while to figure out, but even things like the Amazon app turn super slow and buggy while I have it on. Once I turn it off, boom, everything’s fine. I wanted to like this so much but unfortunately I’m going to have switch away. If this gets fixed I’ll absolutely be back.
By electricgod

Great app with good VPN service. However, there is no way to opt out of subscription auto renewal without emailing customer support. This information is hidden in their website help pages.
By tdf83

I had rated this VPN pretty poorly after using it for about a month and being unable to use several apps (Hulu & Amazon most notably) and slow speeds otherwise. After an update, it was fixed for a while but there are still slow speeds with Hulu, but the Amazon app will not load and I have to turn the VPN off. I do appreciate being able to keep the VPN on for most everything else which hasn’t been the case for other VPN services. I am mostly satisfied with the security and privacy otherwise.
By R4814