All you need to get started protecting your space is this app, your Kangaroo device, and WiFi. It takes just a few minutes to follow our step-by-step setup — then you’ll be able to keep tabs on your space from anywhere. Arm, disarm, and manage alerts all from your phone with our convenient, easy-to-use app. You can even get started for $0! Choose to self-monitor your stuff at no cost, or add one of our protect plans for added benefits like Professional Monitoring, theft and damage reimbursement, extended Cloud Storage, Text & Voice Notifications, and more. While Kangaroo devices keep you protected, the Cam Protect and Complete Protect plans will pay you back when incidents of theft or damage occur. Yep, we don’t just have your back. We pay you back. If you choose Cam or Complete Protect, payments will be charged directly to your iTunes account at confirmation of purchase. Your subscription automatically renews unless auto-renew is turned off at least 24-hours before the end of the current period. The account will be charged for renewal within 24-hours prior to the end of the current period. Subscriptions may be managed and auto-renewal may be turned off by going to the Account Settings after purchase. Terms of Use https://info.heykangaroo.com/legal With Kangaroo, you’ll stay covered indoors and out with our security solutions and coverage plans. No hassles or headaches. 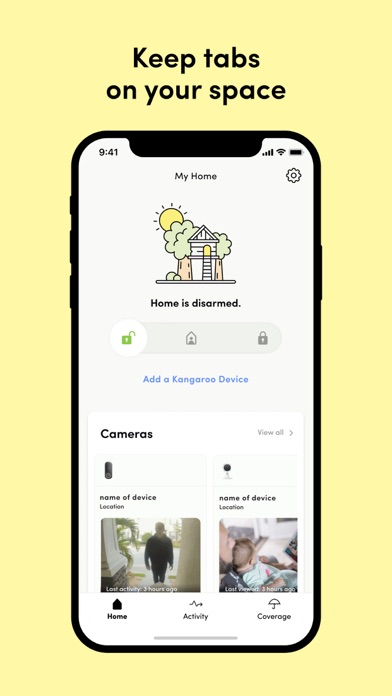 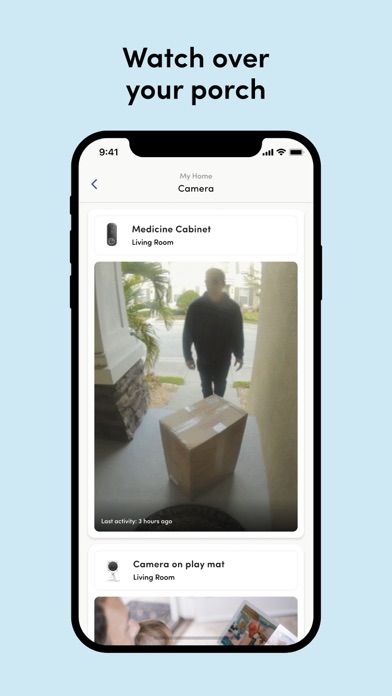 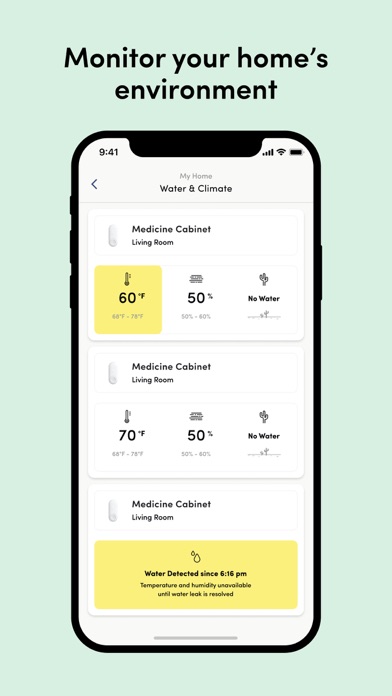 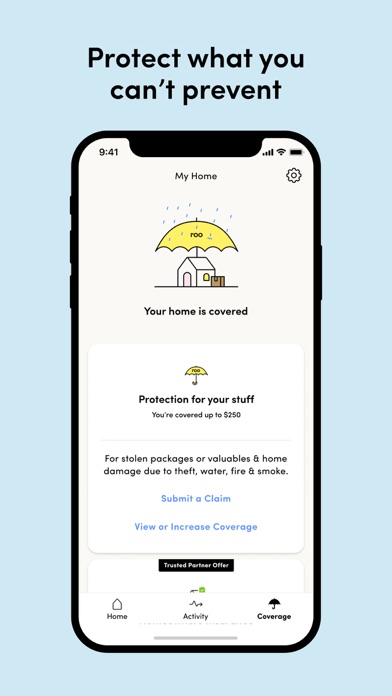 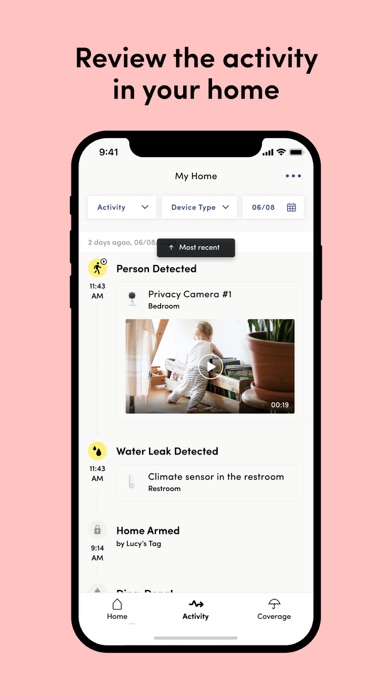 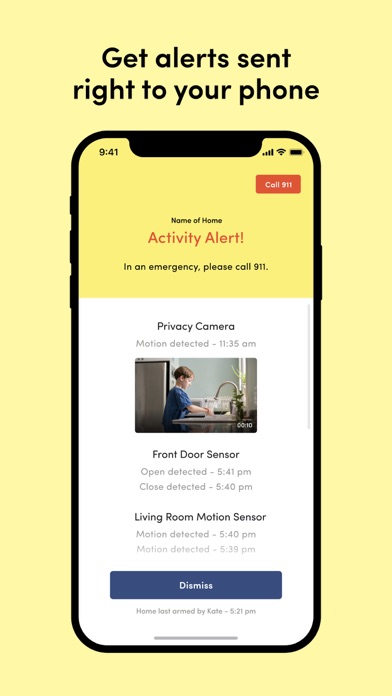 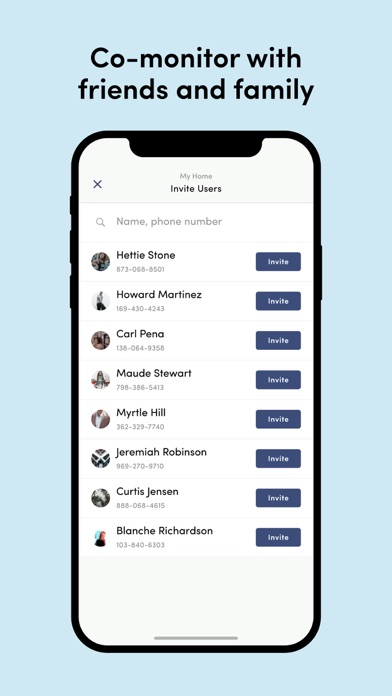 I have had this doorbell for along time . I just bought a new phone and I couldn’t get it to work. So I took it off my phone and went into the App Store now it says it sent me a code to be sure the phone number was correct. I never received the code tried it over night and tried again this morning. This is ridiculous.
By Kppetrics

Awesome system for the money.

With the latest update we now have safe driving on the app. Please just stick to securing my home. My driving is irrelevant. Also an Apple Watch app would be nice for arming/disarming. Thanks.
By Scarry Barry

Had the doorbell camera for 6 months and the app stopped working a month ago, I’ve deleted and downloaded multiple times, you get what you pay for!
By Hope okuly

Complete junk! Picture quality is unrecognizable. You spend more money in AA batteries then what it would cost to get a ring video doorbell. I’ve only had my Kangaroo door camera 8 months, and even with full batteries and a good Wi-Fi connection, it quit even taking pictures, and doing a chime when the button is pushed. I wouldn’t take one even if they were giving them away. This product is so bad, I do not plan to ever buy anything from Kangaroo again.
By Jonoshanda

DO NOT WASTE YOUR MONEY

Calle customer service several times after Kangaroo security didn’t work. It only works for a few minutes after getting off the phone with customer service, then goes back to normal (NOT WORKING). So please spend your money elsewhere. You get what you get for I guess….
By BethienL

It was great for a little while but now don’t work at all. Nothing but Whoops! Then one E-code after another. Can’t do or see anything! 1106 or 1109! I was recommending this to everyone. Now, buyer beware!
By Twill4s

I bought a Kangaroo photo doorbell camera from Wal-Mart and installed it. The setup was easy and straightforward but when I got finished, the app and camera did nothing. No motion detection, no photos, nothing. I got on the phone with support and spent an hour trying to diagnose the problem. They failed, so I went back to WalMart and returned the camera and bought a second one. After going through the process a second time, I was sure that it would resolve, but…no. No motion detection, no photos, nothing. Sorry, but I ain’t trying a third time, Kangaroo.
By roadwarrior46

Oh no! An update to the update broke it again

Ugh well it was nice while it lasted but now I’m not being notified of motion. The app seems to notice it because it will start counting down the “Cooldown” before it’s technically armed again but it makes no noise or sends any notification and the “Disarm” screen doesn’t appear, almost as if it’s immediately disarmed just before it notifies you of motion. Whatever it is, happened with the update a couple days ago. As it os today it’s useless. I anxiously await an update to fix the update that broke the working update. Thanks! Oh p.s.- I did hit the reset button, the app recognized I had a “new” device, it went through setup just fine but continued to not notify me of motion. I don’t know. _____ Old: Yes all is well. No more hanging and I’m alerted within a few seconds of motion in my medication lockbox. Automatic arming is also working and one of my favorite features because I would definitely forget most evenings. Very happy with my kangaroo motion detector and the customer service I received when my first one stopped working after a couple years. 5 stars again!
By susie107

So just purchased this steaming pile of poo. Wont set up, won’t connect to wifi, useless chat feature that constantly says rephrase your question. It’s 10 feet away from my router, the chime is 1 foot away from the router but the camera disconnects and gives error codes, the chime will not connect AT ALL and says error. So exactly how is this pile of plastic garbage useful as security if I can’t even connect it. Yes I have unplugged and plugged back in, and reset, and reinstalled and counted to ten so I don’t launch it across the street? Useless piece of trash is my first impression. Oh and make it stop harping on about finishing set up, which is code for give me your money for doing NOTHING AT ALL? Just stop if I want basic I don't need the app to shame me into paying for a service that isn’t useful. Ditto for the safe driver thing. I bought a doorbell camera not car insurance so quit your harassment about safe driving. Way too much money for nothing, should have cost $10, and I’d still be angry at wasting $10.
By Gavs24