Ready to train your memory? ONNECT is a connection-based 3D pair matching puzzle game with challenging levels. Find the matching tiles, connect the pairs with up to 3 lines. Remove all tile pairs before the time is over. Exercise your brain and become a tile matching master level by level. Enjoy the puzzle collections of lovely animals, yummy fruits, interesting professions, exciting emojis, and more. Do you like mahjong board games or classic match-three puzzle games? Then you will love Onnect! Onnect is the most colorful and sparkling game among the FREE PUZZLE GAMES, especially the ones that have onet connect game mechanics. It can also serve as a concentration test for children and adults. Find hidden tile pairs and match 3 like a puzzle. Onnect is also great for your memory! Each tile you match will help your memory and get better at each level. GAME FEATURES Well-designed challenging levels Hint & shuffle boosters Tile movements to master Brain teasing levels with timed bomb cards Various image collections Classic onet connect game mechanics Improves brain functions like memory, focus, attention, and concentration. HOW TO PLAY? REMOVE ALL TILES from the board and finish the puzzle before the time is over. Find two IDENTICAL IMAGES hidden on board and tap on tiles to connect. Connect the tiles on board with up to 3 STRAIGHT LINES and no other tiles blocking the line path. Use the HINT button to reveal a connectable pair. Use the SHUFFLE button to rearrange tiles. 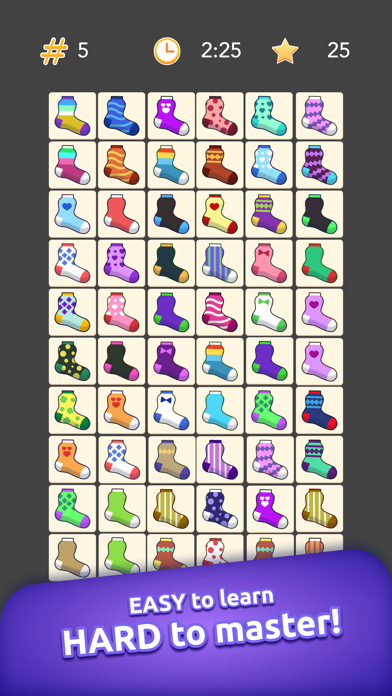 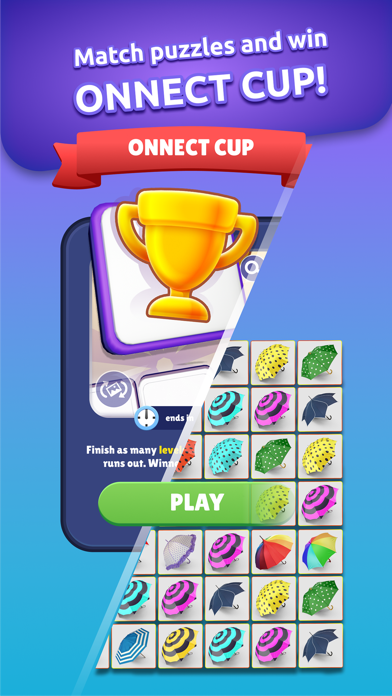 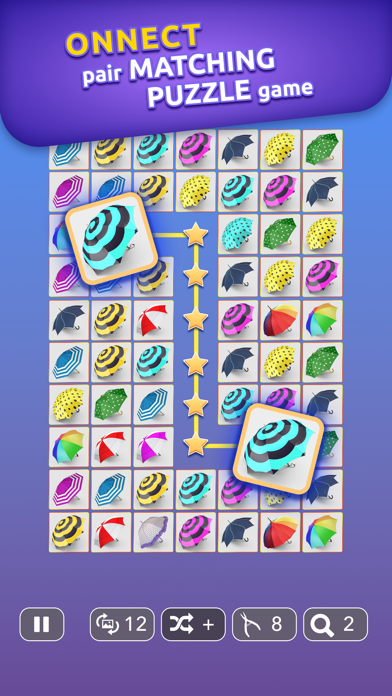 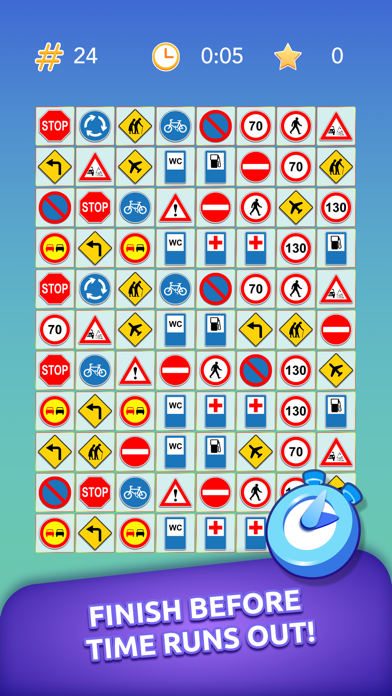 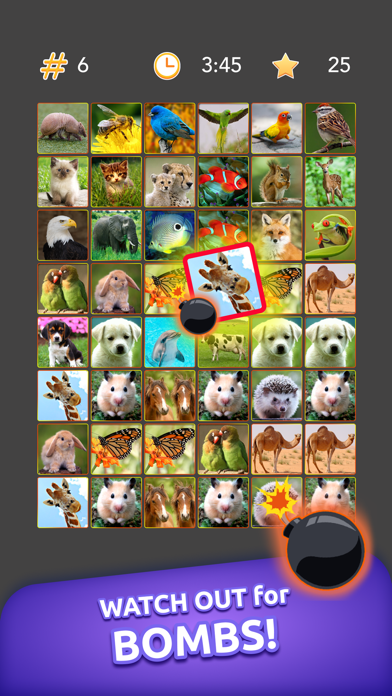 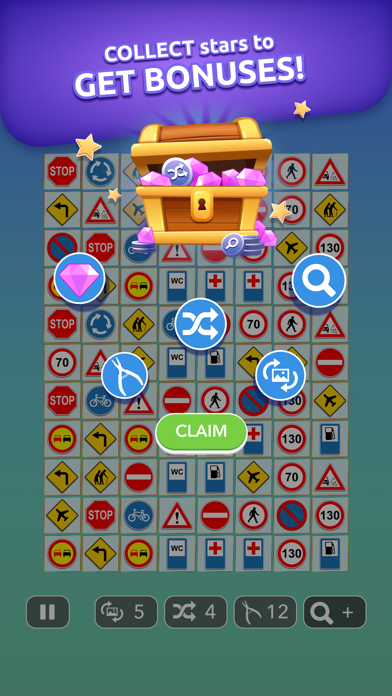 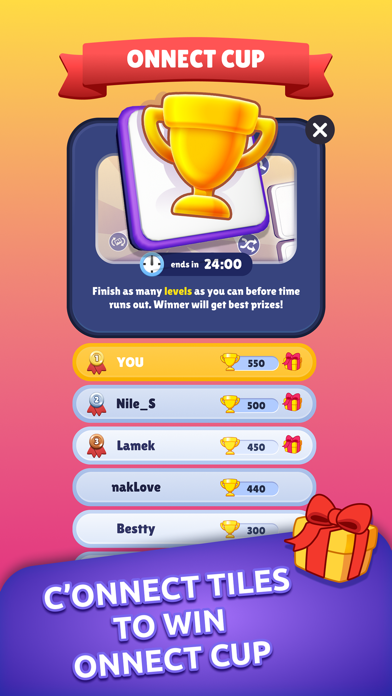 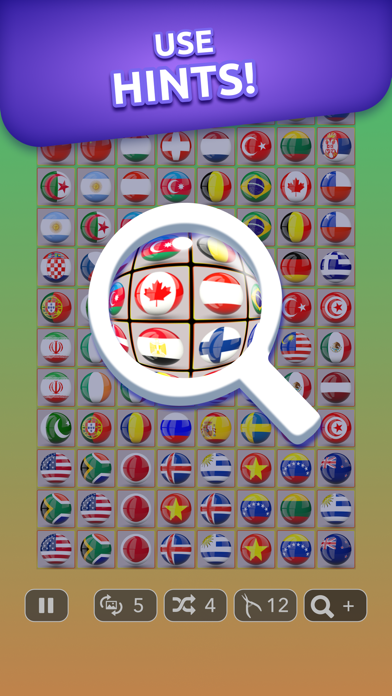 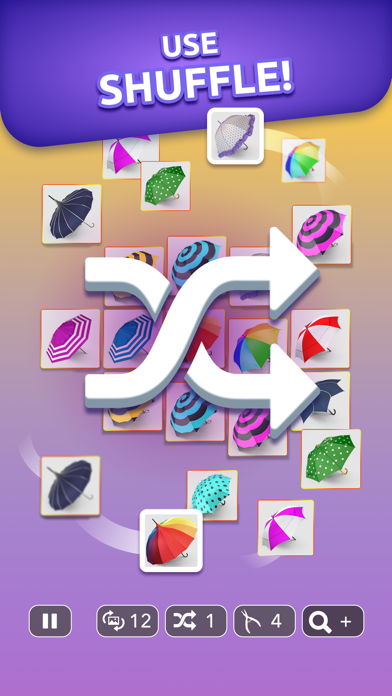 I didn’t think that a matching game could be this fun, but it is. The main problem, though, is that it claims it needs Internet access when there is Internet access (either WiFi or cell service). Unfortunately, this happens most of the time. Better get that fixed.
By OpulantNot

I really like this game but don’t play it that much because of the 30-40 second ads. The WebMD ads are especially annoying as they say the same thing in 4 10-second segments.
By CptJ05

I like this game a lot but it’s pretty unfair that your ads are so long, so frequent, and you can’t skip any at any time. This is the only game I’ve ever played with ads that are completely unskippable. Not only that, some have to be clicked closed three - five times to get rid of them! Love the game but I’m about ready to delete it , I like mahjong too so I’ll just play that.
By Samann518

Too many LONG commercials

I paid for no ads and still have them when I run out of time. If they were only the 15-390 seconds I could live with it but they have long info ads from WEB MD and others that you have to push the button every 10 seconds. How many times do I have to see the ads for ulcerative colitis, afib, breast cancer etc. - WAY TOO MANY and very annoying when you don’t care about them, especially after the 20th time. At least let people who paid for no adds get short commercials. VERY FRUSTRATING!!!!!!! If it was just the game I was reviewing my rating would be much higher. The game is entertaining. The long ads stink!
By Retired12345

Paid for it, still getting the commercials

I like this game paid for it, but still getting the commercials, so it is difficult ti complete a round.
By colombian Glory

With the last update the app crashes every time I try to play it. Still waiting for a response or update. 11-14-22 11-20-22 Even with an update this app still crashes. Please fix the problem!!! 11-23-22 Still not working. Infuriating, because the last time I played I paid to have commercials removed. Please update. 11-25-22
By JnKru

I love this game but I have had to delete it several times because an ad gets stuck. It is very disappointing. Let me know when you fix it.
By buick baby

I wanna kill it

It stresses me out so much I wanna take a knife and kill it, Unfortunately I cannot do that but a girl can dream.
By Hello-olleH-Hello-olleH

His game would be fun if not for all the ads. At first, you can play 3 levels or so before an ad. That would be okay.. but after that, there is an ad between EVERY level.. so you end up spending more time watching ads than playing the game. Uninstalling and I suggest you bypass this and go to something else
By Gunnr69r

I love this game and feel I’m really fast at it but on the ones with more tiles you need to give more time. It seems like it says times up and I have to go to an ad just as I’m about to finish. I expect to deal with ads in between rounds but give us a chance to finish before we run out of time and have to watch an ad to continue. OR - have a way to earn extra time
By Ellagraham