AthletesGoLive is a multifunctional mobile and desktop application that is revolutionizing the live streaming of amateur athletic events and recruiting. Giving teams the ultimate fundraiser and much more. Teams live score and live stream their games for free. Fans purchase inexpensive passes to watch games and a percentage of all pass proceeds goes back to the team as a fundraiser. AthletesGoLive Subscriptions The app is free to sign up. A Fan user needs to subscribe and get permission to watch the game for the Team segment. He/she needs to avail the College/Travel monthly ($29.99) and yearly ($249.99), and Recreational/All Star Monthly ($24.99) auto-renewal subscription options when required. Monthly Subscriptions Time Period: 30 (thirty) calendar days Price of Subscriptions: $29.99 for College/Travel Segment, $24.99 for Recreational/All Star Segment, $14.99 for all individual segment Yearly Subscriptions Time Period: 1 (one) calendar year Price of Subscriptions: $249.99 , $139.99 - Payment will be charged to the iTunes Account on confirmation of purchase. - Subscription automatically renews unless auto-renew is turned off at least 24-hours before the end of the current period. - Account will be charged for renewal within 24-hours prior to the end of the current period. The renewal cost of College/Travel monthly ($29.99) and yearly ($249.99) and Recreational/All Star Monthly ($24.99) and for all individual segment monthly ($14.99) and yearly ($139.99) - Subscriptions may be managed by the user and auto-renewal may be turned off by going to the user's Account Settings after purchase. - No cancellation of the current subscription is allowed during active subscription period. - Privacy Policy: https://www.athletesgolive.com/PrivacyPolicy/index - Terms of Use: https://www.athletesgolive.com/TermsOfService/index 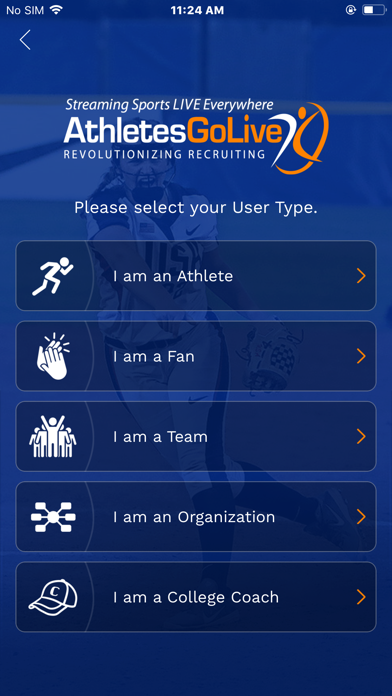 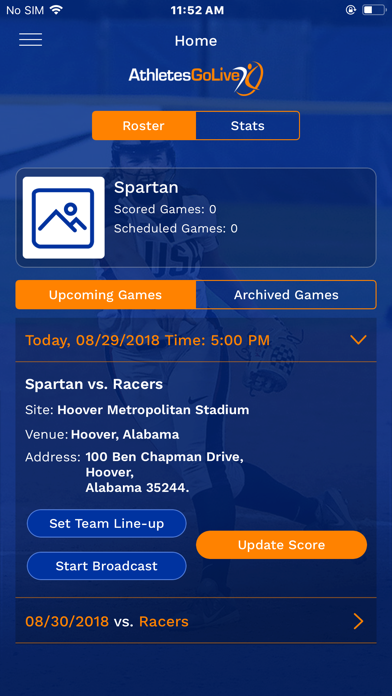 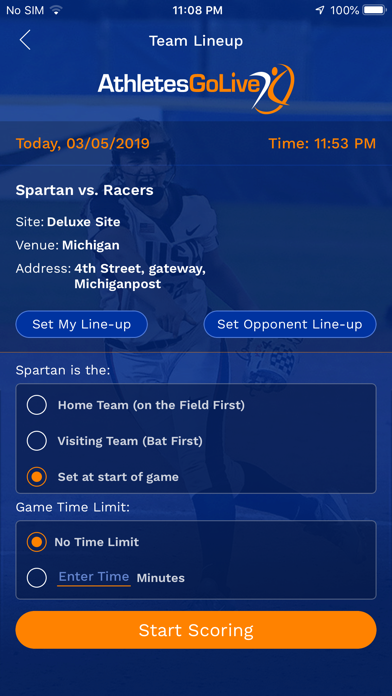 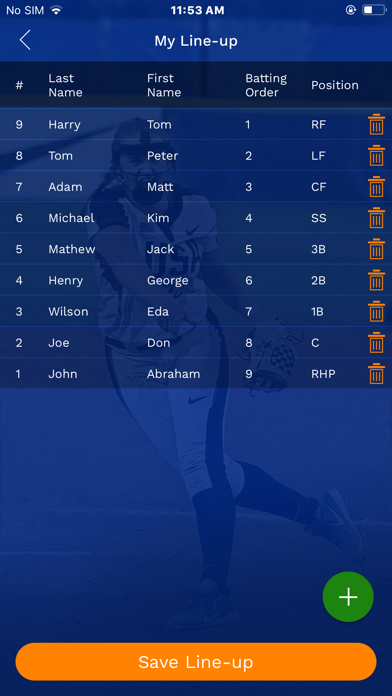 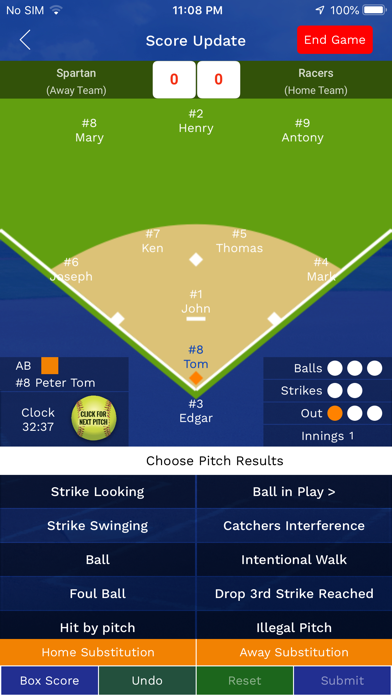 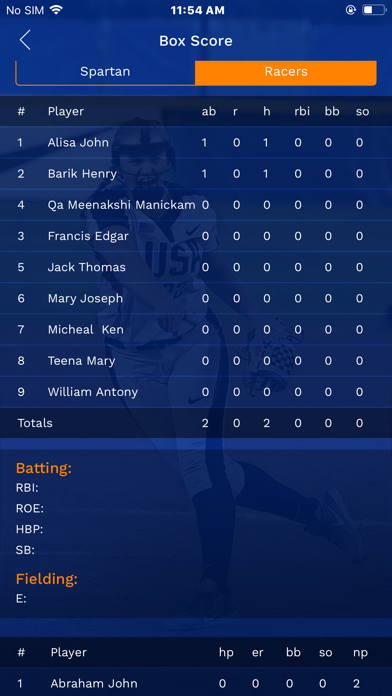 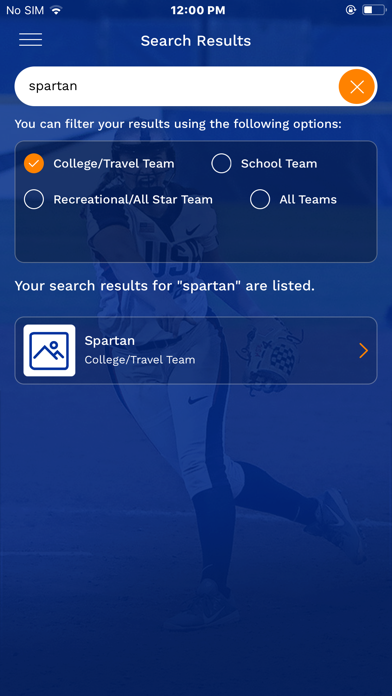 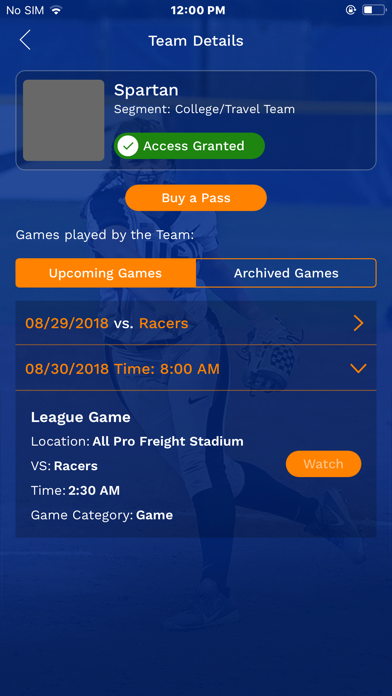 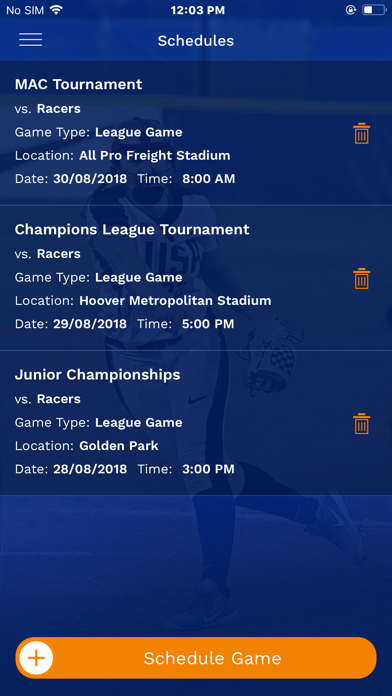 A failing app that teams and players are forced to use to support recruitment yet they STILL can’t get it right! Worst part is our organization won’t allow live feeds on other platforms because they are lining the pockets of the developer tied to the org. You know who you are. Cancelled the rip off of a monthly rate as soon as I heard that. Make the price fair and fix the horrible quality and scoring issues.
By Me42710

Just before the season started we got pitched this app for live streaming games To our softball organization it all sounded great until you actually use it then you find that games that look to be recording fine somehow don’t get recorded at all and other times full one hour and 30 minute games that were recorded somehow only 20 minutes actually got recorded. Today I’m unable to watch any of our live games I have to wait until they are archived. Then there are connection issues that this app always blames on the Internet but it happens too often. We’re trying to get our athletes recruited to college and it’s very frustrating when one of our players hits a homerun only to find out that AGL didn’t record it because there was a “connection issue” but the rest of the game was recorded fine. Extremely frustrating app that disconnects often for no apparent reason and support takes forever to respond and rarely helps
By jbmoney17

Loads of potential but not there yet.

Lots of potential but extremely flawed. Picture quality is decent, not quite GoPro level but figured we would give it a try due to the ease of use . When it works it’s great but when it doesn’t.. well you get my point. Many of the videos are choppy, freeze or speed up. We purchased a hot spot for the team and it did alleviate some of the issues but not all. When it works It has some great features like the ability to make short clips of plays and , college/ coach directory for emails. I really want this to work but if AthletesGoLive doesn’t fix these issues I will cancel my subscription.
By frazeldazel

Not what it says

I wanted to love this app. The concept is great but the delivery is terrible. The app does not do what it says, dropped streaming, glitchy content, can not score on app, can not upload videos easily or the way it says you should be able to. Also be ware they automatically renew your subscription so if you have one and don’t want to keep it make sure you cancel your subscription.
By Lclee

This program is great in theory, but the score keeping function is extremely clunky. It’s impossible to make changes midstream without losing track of the game, because there are too many key strokes required to achieve a simple move. The commonly used scoring app is almost completely opposite in function from this one, making this even more challenging. Some examples of the errors I encountered: - Switching out batters within the lineup often resulted in loaded pitch count (despite not having thrown a pitch). There was no way to over ride the pitch count; undo took back to the last batter. - I couldn’t correct my error on the line up. We were batting 10 but I loaded it with 2 flex players. I couldn’t change the flex players to regular lineup, so had to sub them every at bat (which led to the error above) - I couldn’t attribute errors to anyone. Each time I tapped the player who made the error, the app thought I was trying to sub a player out. - Stolen bases cant be submitted post pitch - they have to be done before the pitch is credited or it doesn’t submit. (This is opposite the commonly used app, which is why it was my most common mistake). Advancing on an over throw is also impossible to credit the error - or I just didn’t see that as an option. Overall the concept is good. If the scoring function is improved (or merged with the other app), it would quickly get 5 stars. As it is, we will be running dual programs because the stats are incomplete on this app. As is, I will have a hard time justifying purchase or recommending purchase to families. Eager for the updates!
By sjww27

As someone who has used GameChanger for years, I was excited about the concept. That excitement was quickly replaced by frustration when trying to score the game. Too many buttons to hit when trying to score a fast- paced game. The server frequently went down during games and you would get so far behind that you’d just have to quit scoring the game! Maybe the developers need to look at how GameChanger works and how fast and easy it is to score! Not to mention that I bought a pass but when I went to set up my athlete it said that I couldn’t set them up unless I buy a pass. The stats are also worthless - If I could give 0 stars I would.
By Fox2200123

I started watching a game at 8am and it stopped working 4 times by 8:10am. RIDICULOUS!!! And I pay $20 a month for this!! Audio is terrible cause it’s always WAAAAYYY behind!! Y’all need to charge $5.99 for this frustrating app!!
By AIzzy421

We decided as a team to try this app despite the very low reviews thinking that maybe the issue was the type of hotspot being used to live stream. I tried to connect my GoPro to use as my camera to live stream and it didn’t give me the option to use my GoPro as it was shown in the training video. I contacted customer support asking about this and I was told that I could either use my iOS device or purchase their camera for $399.00 and they had a couple of options for a rebate, I was informed that GoPro was no longer optional with their program. I am extremely disappointed that I can’t use my GoPro especially after seeing that it was previously an option.
By Misleading Training Video

The really nice quality of the picture produced is really all that’s worthwhile. You get see the high quality pic in still mode a great deal as it seems the server can’t maintain a steady stream. If you enjoy watching the “buffer loop” this app is for you. I understand some quirks can come up after a launch but it appears this product went to market without any stress testing. The graphics window has been undersized from the beginning. That should be an easy fix in the template. One of the most annoying aspects of a video stream or TV broadcast is “distracting” audio. The least breeze at the ballpark creates a horrible wind noise so plan on a silent stream. A simple foam “wind screen” on the tablet camera microphone opening would solve the problem. I’m canceling the two subscriptions we have. Suggest a shut down while the app and the infrastructure used to gather and distribute the necessary streaming data is re-engineered. Too bad this is yet another example of “over promising and under delivery”. It was a great concept.
By Grandfather Fan