From the creators of "Heads Up!" and "PSYCH!" comes "The Truth Comes Out," a new party game all about you and your friends, that you can play anywhere, anytime! Answer fun and hilarious questions about your friends, like "What's the last thing Maria googled?" and "Who is David's celebrity doppelgänger?" or "What's the biggest secret Laura is keeping?" Vote for your favorite answers, and score points when your friends choose yours. There's more! While you're waiting for your friends to answer questions, check out the Question of the Day. There's a fun new question every day for players around the world to answer. Vote for your favorites, and see if yours makes it to the top! Whether you're in the same room or on the go, "The Truth Comes Out" is a great way to have fun and stay connected with your friends and family! SUBSCRIPTION PRICING AND TERMS The Truth Comes Out offers one auto-renewing subscription option: Adult Supervision Subscription $1.99 per month This price is for United States customers. Pricing in other countries may vary and actual charges may be converted to your local currency depending on the country of residence. Your subscription will automatically renew unless auto-renew is turned off at least 24 hours before the end of the current period. Subscriptions may be managed and auto-renewal may be turned off by going to Account Settings after purchase. Your iTunes Account will be charged when the purchase is confirmed. The Adult Supervision subscription provides access to premium content and is available as a monthly subscription. By continuing, you accept our Privacy Policy, Terms of Service, and Billing Terms. 1. Ad Choices: policies.warnerbros.com/privacy/en-us/#adchoice 2. Terms of Use: policies.warnerbros.com/terms/en-us 3. Do Not Sell My Personal Information: https://privacycenter.wb.com/do-not-sell/ Embedded webview is needed to display the opened hyperlink to the Privacy Center 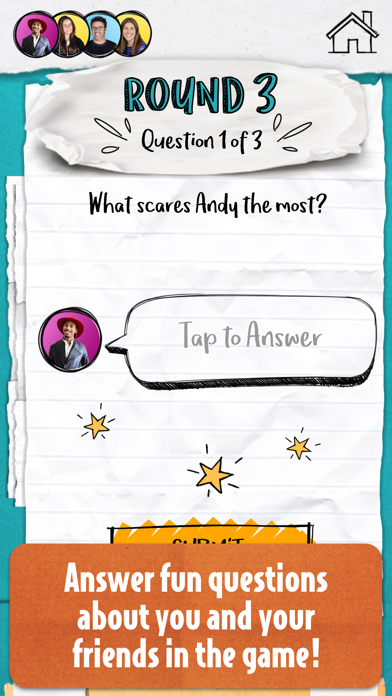 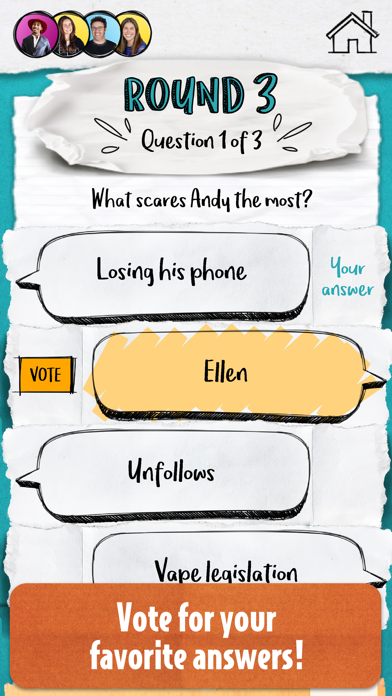 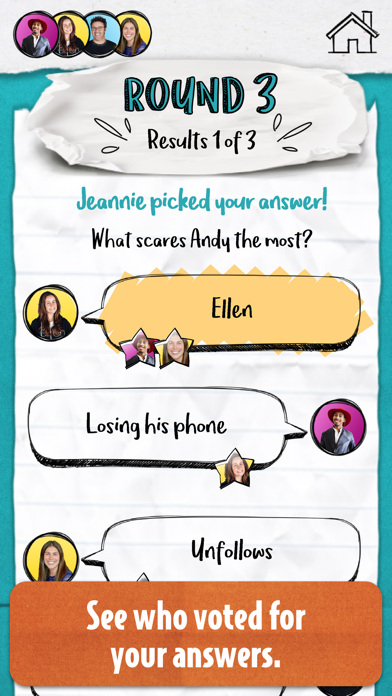 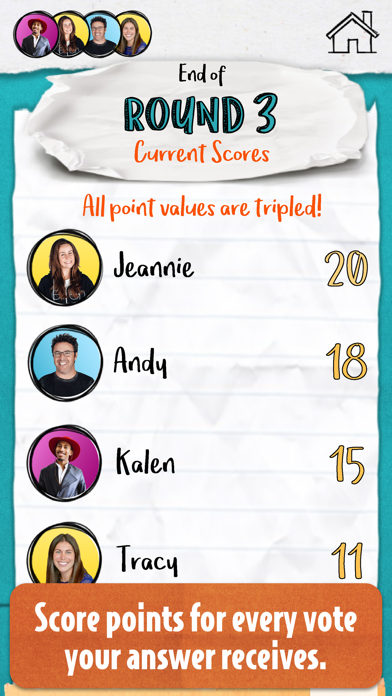 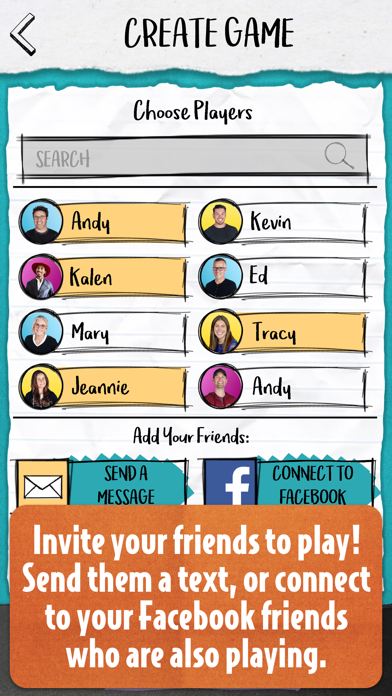 I found it nearly impossible to add friends, and what was even the point of connecting to Facebook? Nothing popped up after I did that. You can’t search for people, and sending links to add people doesn’t work either so how exactly can you play the game?????
By Horselova45678

Want to try this with my family. Almost every time we access the app, it says can not connect to server. Tried to get support through the link in the App Store, but no help or contact information was provided.
By SJ123OC

This game won’t launch and perpetually says, “cannot connect to the server.” I tried deleting and downloading again, closing and relaunch it and nothing changed.
By SpecialK1105

I heat this game. Because... well I tried At least 20 times to search friends but it didn’t work. And started a new game and it said. You have to invite at least 2 friends. Did not work. DON’T INSTILL THIS APP
By yenn fht

Every time that I download it, as soon as I open it, the app closes out and doesn’t let me play. I’ve been trying for the past couple months to play with my friends and I’m the only one with which it doesn’t work. It worked for a while before but then all of a sudden it stopped working. I don’t know if it’s a bug or a glitch but somethings wrong. I play on an IPhone 8 Plus so I’d expect it to work. Please fix or do something.
By martinez 0162

I like this game....however it asked “what is the most common password (your friend) uses.” I’m guessing all of the questions are being used to breach basic security precautions? What did you Google/buy/etc.
By PWD-T2

You have to invite multiple people before you can even play. Dumb...move on
By Richie Cook

You can only play with Facebook friends. There should be an option to play with online users.
By BrittanyKay1234

Great game just have an idea

The game is great from what I think but it is kind of hard to get another person on the game for the first time. If, when you are signing in, maybe it could ask for their number. Therefore they would I would be able to search their name and number and easily be able to connect them into a game. If that makes any sense. But I just think it would be easier than having to send it to them via email or a text message. Because me and my friends had some difficulty connecting for the first time into a game. Because when I sent it to them it just sent them to the page where you download it. But the thing was she already downloaded it. So, there was no point to take her to that page. We eventually were able to become friends, but I just don’t think it should have been that hard.
By The dangerous Potato-Saurus

There’s a glitch. I tried reloading the game but it still isn’t finding the server. Will try again later. Played yesterday with 2 friends and laughed so much!!! Hope they fix it.
By JoeyNT