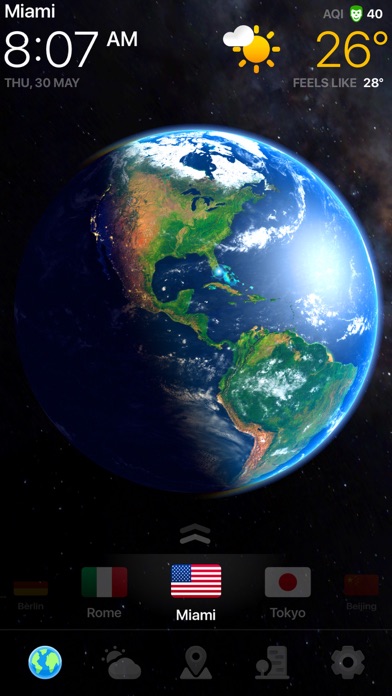 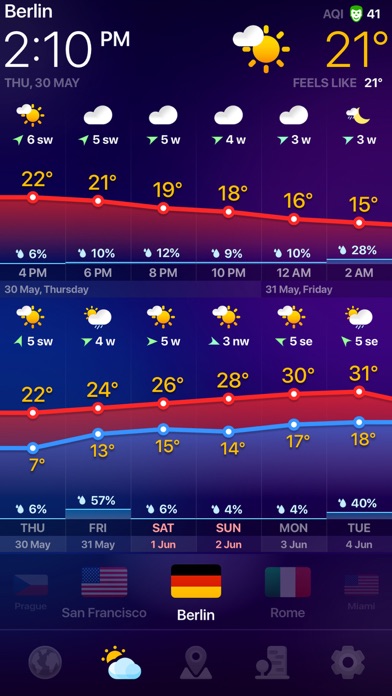 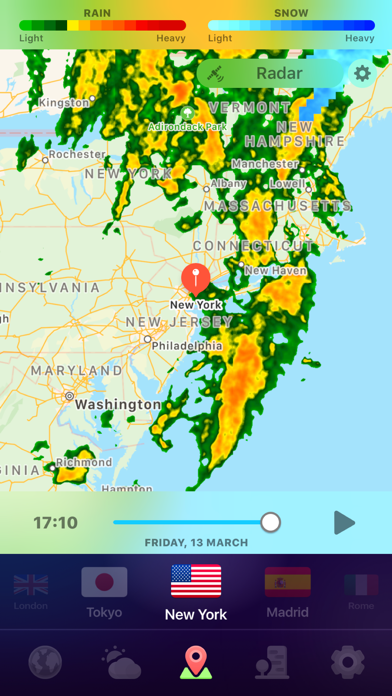 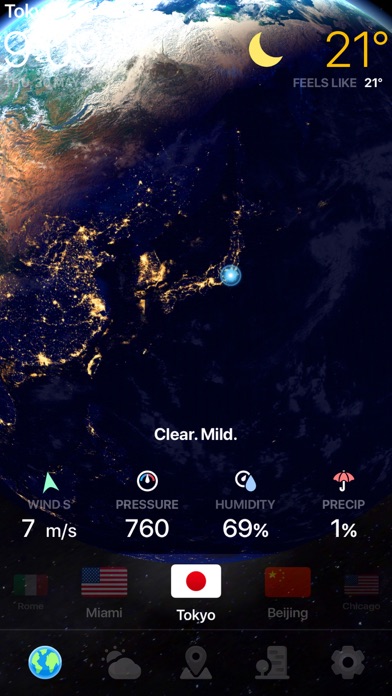 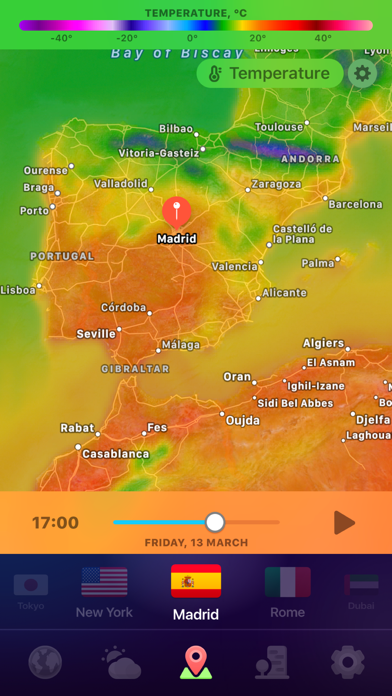 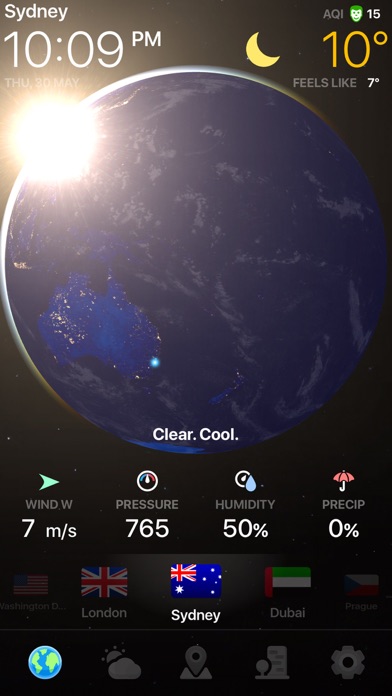 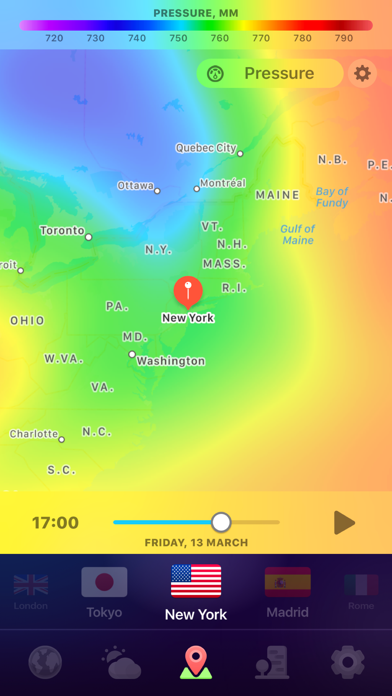 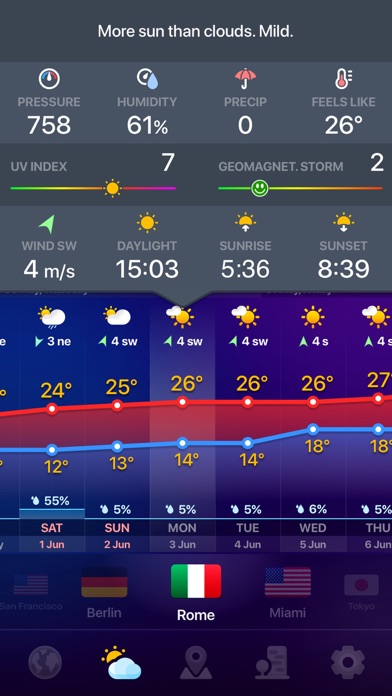 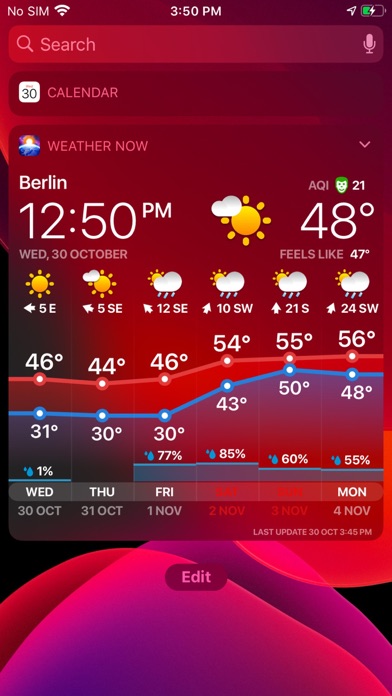 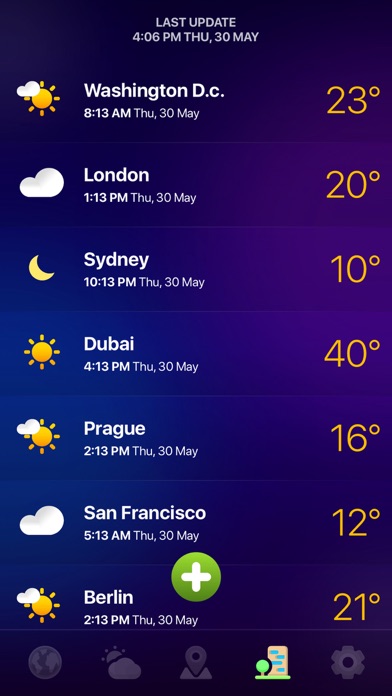 i really want to to purchase this app, but $29.95 seems a little steep. Carefully going through the reviews, I’ve come across a few that state they paid for it, but after a while were force to “update” only to get the ads back. If im going to pay this much for an app, I want to make sure the purchase is for life. Therefore, i guess I’d rather get partial functionality, and ads, than having to feel disappointed and ripped off a few years down the road if this should happen to me. At least don't force people to update, breaking the original app, should you add features to a so called new version of the same app, you should keep the original app working, and AD-FREE - if you can guarantee me this, then fine, I’ll purchase, if not, don’t bother responding. Honesty and integrity along with a great app, are very important to me too.
By Mr. Cafe Latte

I wish I could see the weather in real time such s hurricanes, wildfires, etc...
By Venus Goddess#1

You’re limited in how many cities you can search for. I couldn’t pin point my location in a search and I tried looking for Yellowstone National Park, which every other app gives information on. Closest city is Jackson and that’s about four hours south of the park. Other than limited search abilities this app is on point with everything else.
By Justinus Prime

It can’t tell you the right temperature.

I bought the deluxe version and it still show me ads when I open it. The predictions are often laughably wrong. Once “predicted” a 6% chance of rain when we were already in the middle of a huge storm, so apparently it doesn’t update as conditions change. I don’t even bother checking it anymore because I don’t trust it.
By Axolotl12

For a paid app I expect better speed on the radar. In addition I would like more words in the summary. So many weather apps and none of them are very good.
By Fstgrl

BEWARE - they will rip you off

Today is August 23rd. I downloaded Weather Now today under a free 3 day trial. Within a couple of hours I unsubscribed. But now I look at my bank account and see they took $10 anyway, on what was day one of the free trial that had all ready been cancelled. Not even at the end of the 3 day period. How many people do they steal from that don’t even realize it? I will be disputing the charge with my bank so no doubt I will get the money back. BUT THEY ARE CROOKS!!
By Birddog65

When a weather app starts with a political add I have no use for it. Shame on you.
By More of Timmy