Scoreholio makes running tournaments more interactive and fun! Players, you’ll check yourself into events with a quick scan, and stay on top of the action to “you’re up!” alerts and a real-time dashboard. Scoreholio also includes a scoreboard you can use to keep score when you’re playing at home and on lockdown. Tournament organizers, hold on to your hats -- Scoreholio virtually automates the process of running cornhole and pong tournaments so you can relax, play in your own events with less stress, or use newfound free time to engage players, run side games or sell swag. Legal stuff: If you decide to purchase a subscription to unlock advanced features, it will be charged to your credit card through your iTunes account. Your subscription will automatically renew unless cancelled at least 24 hours before the end of the current period. You can manage your subscriptions in Account Settings after purchase. By using Scoreholio, you agree to our Terms of Use: https://scoreholio.com/tou FEATURES • Formats: Round robin, single elimination bracket, double elimination bracket • Playoffs: Run round robin then advance any number of teams to single or double elimination playoff • Checkin: Quickly register players by scanning their QR code or adding them manually • Scoreboards: Colorful interactive scoreboards at each court, on any tablet or phone • Dashboard: Real-time scores, standings and brackets displayed at event and viewable via app or URL • Real-Time Alerts: App notifies players when they're up, tells them which court they're on • Flexibility: Easily set # of courts and rounds, time limit, etc., even change them during the event Scoreholio is easier to use and offers players and tournament directors a like a much more interactive and real-time experience than old-fashioned solutions like Brackelope or Challonge. Organizers: Join the "Scoreholio Organizers & Players" group on Facebook for help and tips from our growing community of users! Supported Sports: • 21 or Bust • Billiards • Cornhole • Darts • Horseshoes • Pickleball • Pong • Table Shuffleboard • Table Tennis • Volleyball • Other Sports SPECIAL THANKS Thanks to the early adopters who’ve been helping us improve Scoreholio with their feedback and suggestions: California Cornhole Association, Pacific Coast Cornhole, Labelle Cornhole, Cornhole Idaho, SCV Cornhole, Longshot Cornhole, Cornhole Central, Silicon Valley Cornhole, and Pongstars.net. 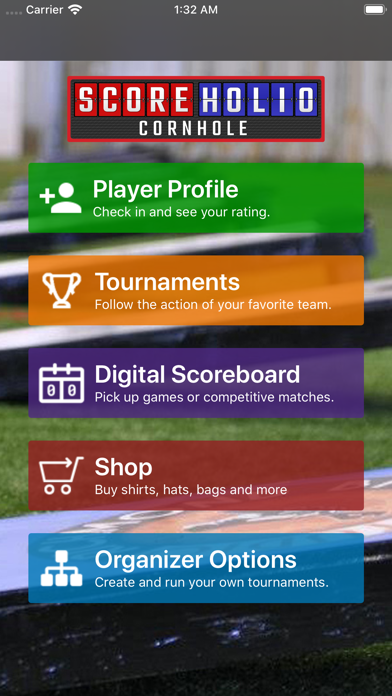 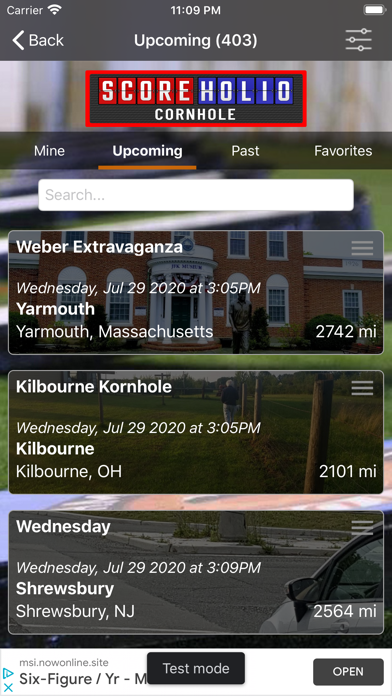 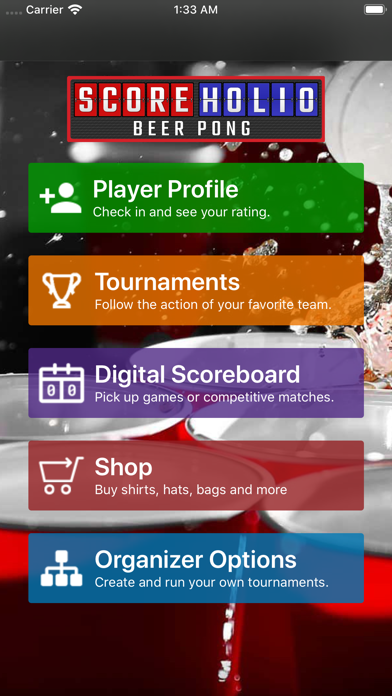 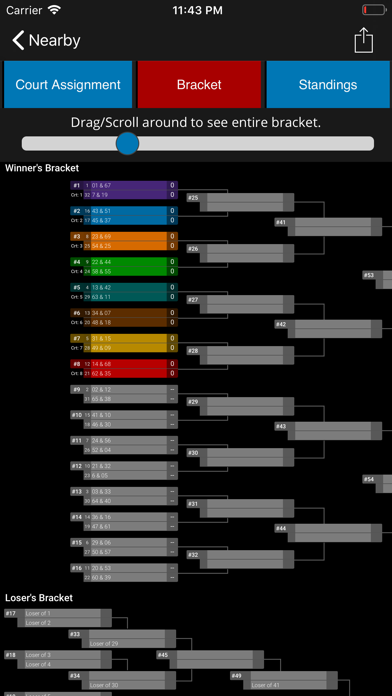 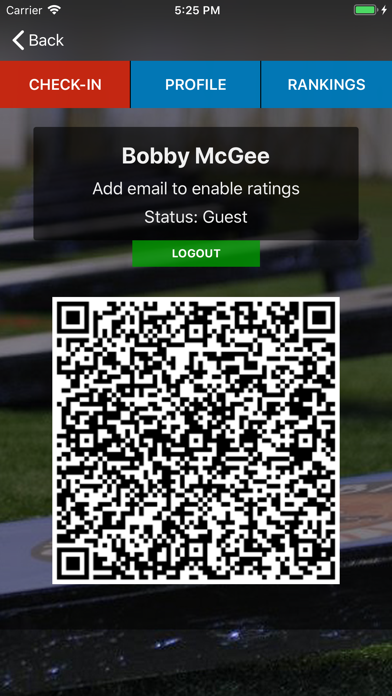 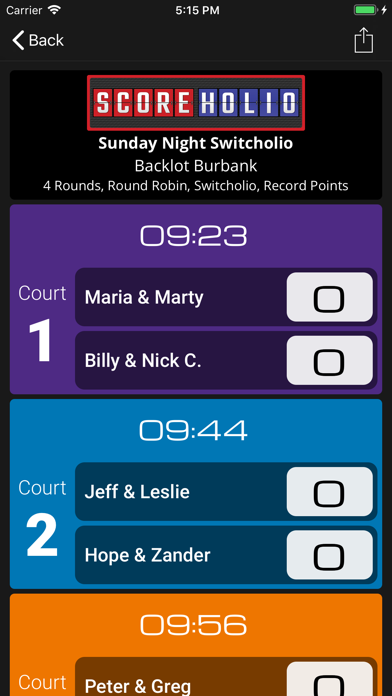 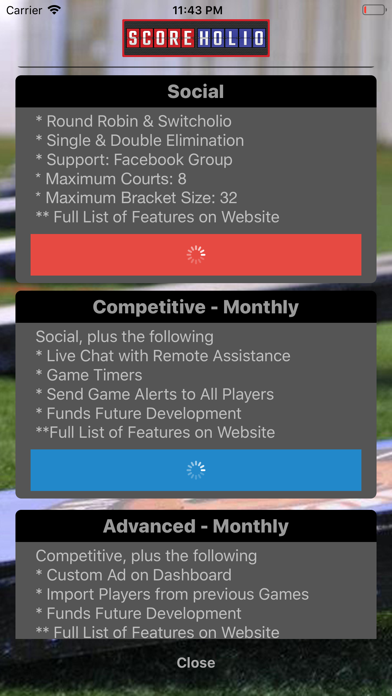 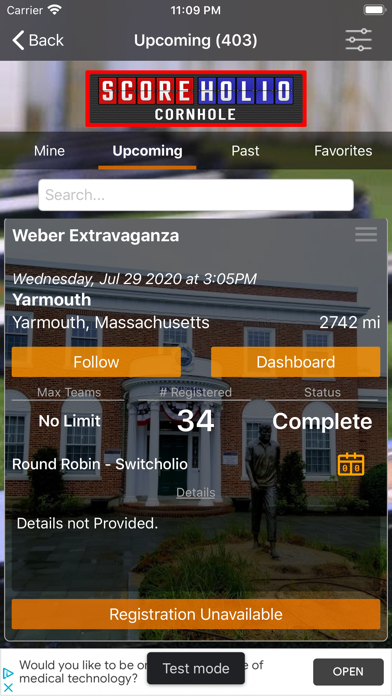 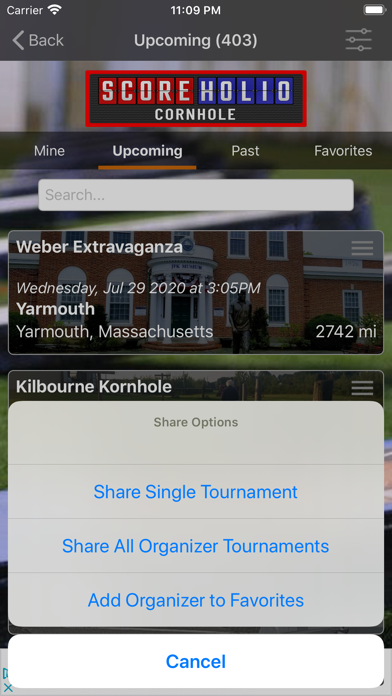 This app is great! If I can’t make it to an event I love that I can keep track of my buddies that are currently playing in a tournament!
By JD(whyiseverynicknametaken)

Expand your keywords all top3!provide 5-star rating&review and developer account!

Engaging in Appstore Optimization over 5 years!Visit us on: upmobi,you can also follow us on SKYPE: Apple Master ( live:.cid.6306bf897c7485a7 )!Provide rating/review/keyword installs for all areas on AppStore&PlayStore! Get a free promotion right now!
By Dinita Curnucke

Love this app My wishlist keeps getting smaller and smaller with it. I think the only thing left is: suggested payouts.
By Mark Pugner

Great app but at this moment...

The randomness of Scoreholio round robin could be better. Just rotating the 4 players on 1 pair of boards is no fun for anyone. And in app quick description of what’s new would when you first log in after an update would be great for those that automatically update, getting thrown a curve ball when setting up tournament makes it interesting sometimes. Over all love how the devs keep updating, working to improve, and working streamlining cornhole tournaments. The functionality and versatility of this app is hands down the best.
By RuthlessRichard

Don’t run any league without Scoreholio!

Cornhole, darts, bocce, pool, pong, you have a sport, they support it! It takes all the work out of managing a tournament or a league, and all you have to do as an organizer is have fun! Cannot say enough about Scoreholio and the staff over there who makes the magic happen. Thanks everyone, you do the Flying Spaghetti Monster’s work!
By Camdumas

Since using Scoreholio, The Tall City Baggers have been able to run flawless tournaments with ease. When people realize we use an app that displays, in real time, the games and scores they are instantly shocked and amazed! It makes our league stand out and promotes us like no other...EVERYONE on the Scoreholio team deserve a HUGE pat on the back and a “Best Cornhole App EVER” award!!!
By Cody & Shellie

Made it too easy to run our tournament. Up and running in minutes - from round robin right into our finals. My daughter downloaded app and pre-registered in under 4 minutes. Will be using again.
By 10xCorn

They charge you way more than they are suppose to I used the trial app then stopped the app and I am still being charged.
By debiefaye

You’re missing out if you’re not running Scoreholio

This App does it all for the game of cornhole and if you ever think it isn’t, just hold on because they’re ALWAYS making it better and better to have it EASY PEASY for you to use and operate your leagues and tournaments. Great customer support and super easy to work with! Love my Scoreholio app!!
By kweis331

This app is a life saver when it comes to running tournaments. The features and ease of use are top notch, but the dedication from the SH Team and the community support that comes with this app send it over the edge. If you’re looking for something to save you time and make your life easier look no further!!!
By Chris-Roman Cornhole