Evolution shall go on: the cult sci-fi hit now has the long-awaited sequel! The history that reveals the Universe of Utopia from a new point of view awaits you. The second episode still boasts the unique atmosphere of the Evolution that won over millions of players. The gameplay also underwent a revolutionary change: Evolution 2 is an explosive mix of top-down third-party shooter, action, strategy and RPG! Get ready for the breathtaking storyline with unexpected twists! The story unfolds on Planet Utopia. It was once a galaxy resort for billionaires. And now it is pure hell full of ruthless looters, monsters and fighting robots. A merciless war of all against all is raging here. You will be immersed in the world of never-ending battles where you will use the mightiest weapons and the psi-force - the power of the main character of the game, Captain Blake. He got his superpowers as a result of a dangerous experiment, and he is prepared to use them to destroy any opponent of your choice. - Original sci-fi setting. Space shooter, post-apocalypse and biopunk on a distant planet. - Unique balance of genres. A mix of strategy, RPG and action top-down shooter with the original battle system. - Tactical gameplay. Level up your character and their partner, select the most effective weapons and use the weaknesses of your enemy to your advantage. - Thrilling PvE campaign. A multitude of missions and epic bosses. The enemy becomes stronger with every battle. - Cooperative mode. Call on the help of faithful allies and complete the missions shoulder to shoulder with other players. - Synchronous online fights. Battle in full online multiplayer. Fight your way to the top of the rankings and earn unique bonuses for victories. - Arsenal of the future. Fantastic weapons with unique features and level-up system! You will get to have fun not only with good old firearms, but also with energy, acid and bionic guns. - Grow the base: open new rooms and learn more about the technology of the future. Evolution has no limits! - Interactive arenas and realistic 3D animation will help you fully immerse yourself in the game! Your base is ready - you can start the battle. It is time to deal with this Utopia, Captain! Evolution 2 DOES NOT support: iPhone 5S, 6, 6 Plus. 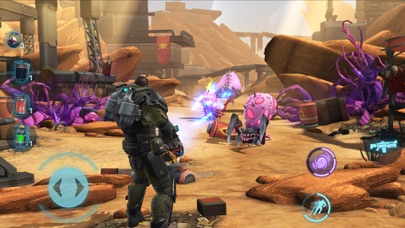 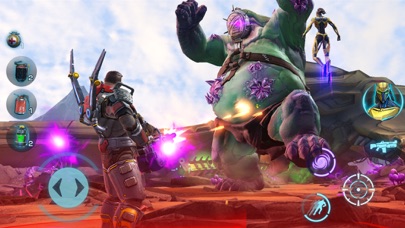 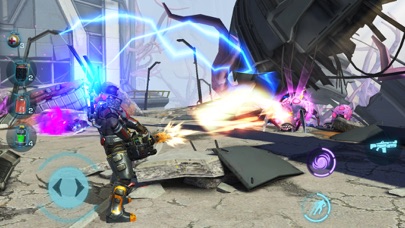 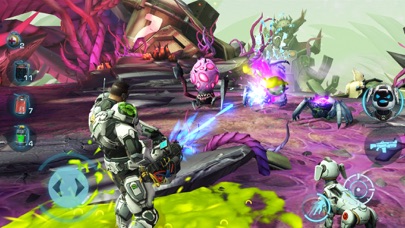 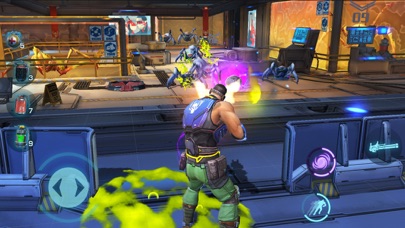 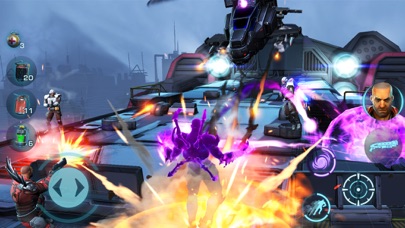 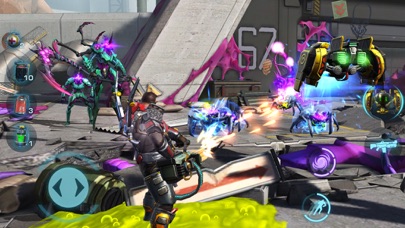 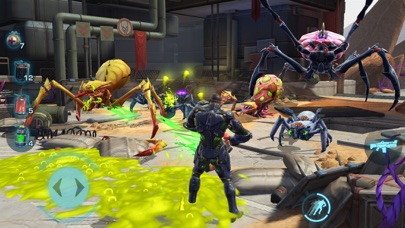 Compared to how much progress people paying have what’s the point . Just waiting around all the time messes up the game . Time Walls for non paying players makes the game unworthy . Then the prices are ridiculous . They try to lure you in with big deals the first 3 days of playing . Don’t fall for it . It’s just so you keep spending hella money once they get a 5 star rating out of you . Realized I stopped getting favorable loot once the rating notifications left .
By Opulent Pharoah

Great game so far!
By Blackgerman84

Because I said so!!!
By Gia God

Starts good but has bugs

There is a glitch in the game. After the recent update I can no longer progress in the game, it keeps freezing and restarting. I love the game it’s very addictive and free to play plus the details are great!.
By Ms.Stayblessed

This game is amazing and full of action
By Megamer92

The game started off great as it is easy to learn. It does start to get repetitious as there are only two types of battles, humans and bugs, and the weapons you use in these 2 battles are not interchangeable. This means you have two sets of weapons to upgrade and twice the time. This method of upgrade makes it where the “premium” currency, gems, are more appealing. If you are looking to not pay for gems, the “rubicons” missions will be important for you as they give significant amount of gems. The problem is that when you start that mission, the game freezes at the loading screen and you have to force quit the app. So it is really frustrating to see the highest gem awards just slip through your hands over and over.
By Helloyouguysoverthete

Good game, don’t know what the problem is.

This game is great! a lot of people say it’s latest update was bad and I think there right but it’s not as bad as they say. Yes there is way to many resources so I would either make you be able to store a lot more or make more ways to use these resources. Other than that the game is great it’s much easier to get resources than the first game, and I don’t know why people want this game to be the next fortnight. it’s stupid. if you want to play fortnight go play fortnight! It really is a good game I don’t know what the problem is. So try it, if you don’t like it don't tell MY COM to make it fortnight. Edit: The developers have been able to add new ways to get medals. (medals are a currency that originally the only way to get them was by either playing co-op or killing multiple enemies with the same weapon example: you kill two thugs with one grenade) Btw medals are the only way to get more energy besides waiting for 45 minutes for 1 energy which makes you be able to enjoy the game more as you don’t have to wait to play the game. One more thing you know how I said that you have to many resources that was a lie, kinda. I was just at a part of the tech tree where I had maxed out all of my guns, armor, my aa gun and my helicopter. Point is that I was just at a bottle neck for tech so I think the only problem was that tech was too far apart for me and I had to waste time on mining but that isn’t the end of the world or at least not for utopia. If you want to know what I am talking about then get the game to learn about the lore!
By varu🇺🇸

This game is awesome.I strongly suggest you get it.
By ddderddddddd

I honestly love the game very much, it’s very different from the first one. In my opinion I love the first one more so far as I’m playing the game, but everything is awesome.
By Reague

More by MY COM