Features: 1. 3 classes of Amplifier with noise reduction. Users can choose their own volume amplification level, comfortable listening. 2. Hearing Protection: Amplifying the volume can hear minute sound details, but if you enlarge any sound without limit, the loud sound can cause ear pain, dizziness, and even permanent hearing damage. This app uses advanced algorithms to enhance the lower sound while suppressing strong sound to protect your hearing. 3. Multiple Scenarios Selection: This app has a 12-band audio equalizer designed specifically for hearing aids, and provides preset six kinds of listening scenarios for conversational, music, video, and high, medium and low hearing loss. Users can also set their own scenario. 4. Microphone Selection. Currently, different models of iPhones provide 3 to 4 microphones. They are located below the phone, next to the front camera and next to the back camera. The user can select the microphone towards the sound source to get a clearer sound. 5. Recall function. It buffers the past five minutes sound for recall. The function is like the black box of air plane. You can get back the past conversation if it is necessary. Or save it to an audio file as a keeper. 6. A professional sound recorder is attached. 7. Voice to Text. You can use hearing aids. At the same time, record audio files and convert speech to text. 8 Support Bluetooth and wire headphone. 9. Can run parallel with music or game apps. Even if you listen to music, watch videos, play games, you can listen to the sound of environment. 10. High-quality sample rate. Use the sample rate of the CD quality to make the sound details perfectly present. 11. Support sound balance. Users can adjust the volume for 2 ears individually. 12. Can run in the background and very low energy consumption. Even if the screen is locked, the software can be used normally. 13. 7-day free trial Legal: Please see Hearing Aid - Sound Amplifier’s “Terms of Services” and “Privacy Policy” Terms of Use: http://www.dawnstreamsoft.com/tou_en.html Privacy Policy: http://www.dawnstreamsoft.com/privacy.html Subscriptions Hearing Aid - Sound Amplifier is available for free download. All users are invited to take 7 days free trial. If you want to continue using the service, we offer you auto-renewing 1 month Subscription: $4.99 monthly In addition to this subscription, we also offer two other subscriptions: 3 Months Subscription: $13.49 ($4.49 / month), auto-renewing quarterly 1 Year Subscription: $35.99 ($2.99 / month), auto-renewing yearly - Payment will be charged to iTunes Account at confirmation of purchase - Subscription automatically renews unless auto-renew is turned off at least 24-hours before the end of the current period - Account will be charged for renewal within 24-hours prior to the end of the renewal - Subscriptions may be managed by the user and auto-renewal may be turned off by going to the user's Account Setting after purchase - No cancellation of the current subscription is allowed during active subscription period Contact Us: If you have any questions or suggestions, feel free and send them to support@dawnstreamsoft.com. Or visit our website http://www.dawnstreamsoft.com for more information. We'd love to hear from you :) 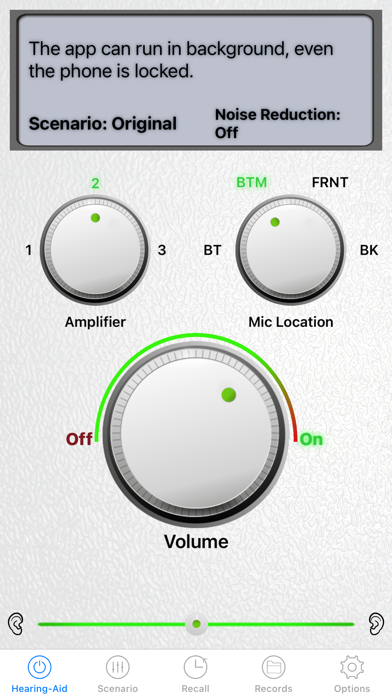 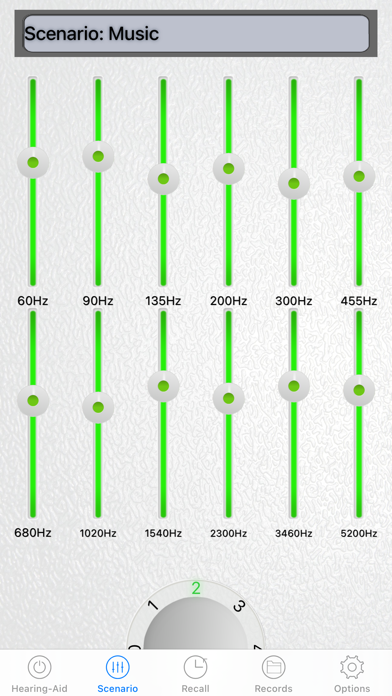 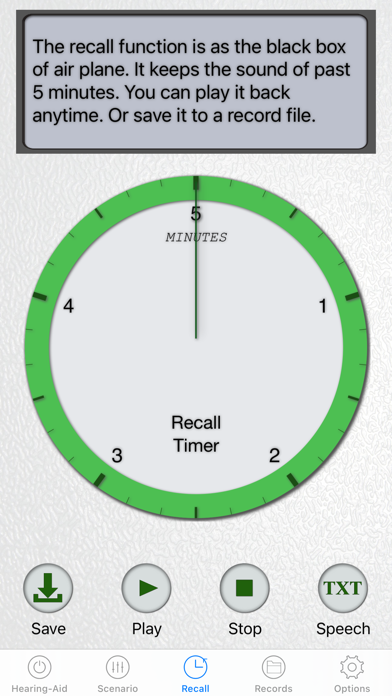 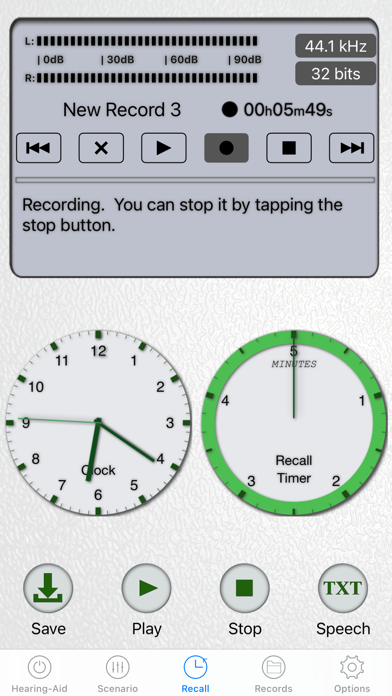 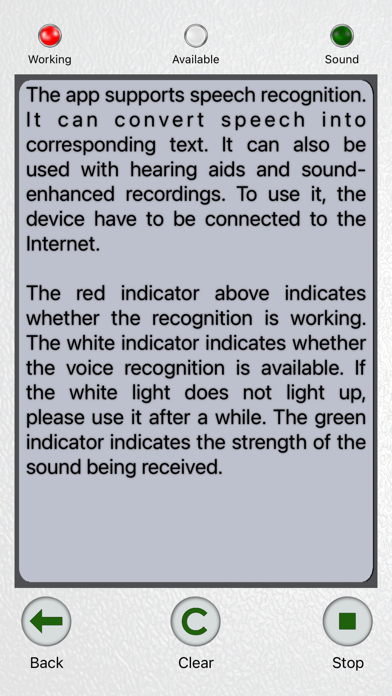 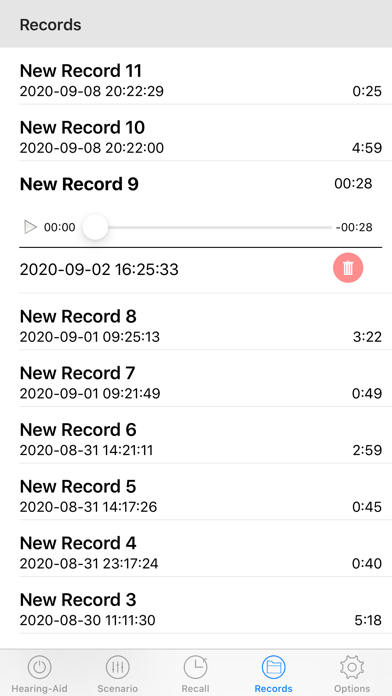 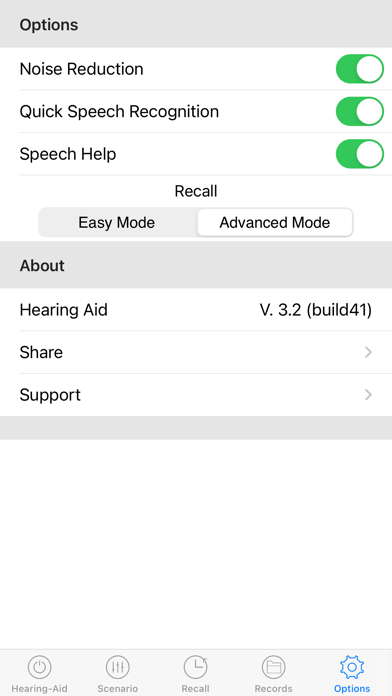 The sound is delayed by 2 seconds

I loaded this app onto my iPhone 11 to see if it would work for my dad. Does not work. Poor sound quality and a 2 second delay which makes it impossible to talk with someone. Used the trial for 3 minutes to find out the app is junk, then charged a $35 annual reoccurring fee. Don’t download this app if you don’t want to spend your time disputing the charge on the App Store
By thedonald_dot_win

I used this app for a year and was very happy with it. Then I renewed it for another year. My subscription is not over till May 24, 2021 but it will not work and tells me my subscription is expired. I even bought another month thinking that would work but it still will not come on. Wasted money. When it worked it was great. But no longer working. Why will this not restore my purchase? I paid for a whole year and it never worked.
By Lucsmom 99

Very satisfied with the app very helpful & informative.
By leatheeneck

I paid for a 3 month subscription but have never been given access to the app. To me? It’s a scam.
By DucatiPaco

It was working great for me better then not hearing at all since I’m server profound deaf.

I have been using this app for a few months & works great! I had an issue today when I renewed my subscription it worked then all of the sudden it stopped and said subscription expired even tho I paid for 3 months of use but I think I resolved it.. We shall see if it stays great! 🙏🏼
By StinaQueen😘

shows that it is expired even though it was first charged 2 days ago and fixed on Saturday. Would be very happy with it if we can get it to work, what I saw so far it seems like it is just what I need. Developers need to have a more direct way to talk to them so minor problems could be fixed and not turn into Major problems where customer finally just gives up and deletes the app.
By Grizleyber

I downloaded the app and tried the 7 day trial. I love the feature and usability that the app offers. However, I was charged $4.99 twice within 3 days and unable to use the subscription features. I deleted the app and downloaded again, this time paying for an annual subscription and every time I come back to the app it says I am not a paid subscription user. Getting irritated. Would absolutely give 10 star rating if it would function correctly.
By ablossom925

I tried this app and even signed up for annual subscription. Then the app kept messaging me while using it that I’d need to get subscription to use the various functions of the app. I was subscribing according to the Apple store. After going back and forth I finally unsubscribed with Apple since I couldn’t use the apps functions. Getting no responce from the seller was a definite negative! I’ll give the app 3 stars as it seemed to work for awhile. I was still learning the features when the suscrption issues arose.
By ###WONT TAKE ANY MORE!!!

Does Not Open App

I just purchase this app for one year and keeps on locking by saying , YOUR SUBSCRIPTION HAS EXPIRED , what should i do besides deleting it from phone and reinstalling it ? After the year subscription been charge to my account i still can not open and use this app , keep saying , Expired The restored Subscription has been Expired , in all my phones after purchasing app for one year , Im still waiting for app to open , keeps closing Im still waiting for app to open on any of my phones , waste of money
By Par-Tronic

Demands fee and fails to recognize payment after 1 use.

It does not tell you there is a fee on initial screen in App Store. When you download and start the app the first sceeen announces that there is a fee. I paid the fee and opened the app. It worked and I closed the app. When I reopened it later the same day, and on every subsequent reopening, the app went back to the payment screen. Attempts to get it to recognize the payment have failed with the message that the fee payment period has expired even though the subscription shows as active for the payment period on my App Store account.
By PoeticLiberties