Bad North DOES NOT support: iPhone 5S, 6, 6 Plus, iPad Air/Mini 2, 3/iPod Touch 6th gen and lower Your home is under attack. The king is dead at the hands of Viking invaders. Hope is a distant glimmer in the fog, fading fast with every passing moment. As you rise to take your father’s place as ruler, it will fall to you to stage your defenses. But make no mistake – this is no fight for victory, but a desperate grasp for survival. Bad North is a charming but brutal real-time tactics roguelite. Defend your idyllic island kingdom against a horde of Viking invaders, as you lead the desperate exodus of your people. Command your loyal subjects to take full tactical advantage of the unique shape of each island. Everything is at stake: fail, and watch the blood of your subjects stain the ground red. It’s charmingly brutal, with beautiful procedurally-generated islands and adorable soldiers juxtaposed against the blood-stained realities of war. You control the broad strokes of the battle, giving high level commands to your soldiers who try their best to carry them out in the heat of the moment. It’s accessibly deep, with simple player inputs masking a dynamic combat simulation that make it inviting to new players while challenging veterans. Keep fighting, warriors. Not for power or riches or glory, but for hope of peace to come once again in the harsh lands of the Bad North. Key Features REAL-TIME TACTICS ROGUELITE: Position and relocate your troops to fend off the Vikings, who each have their own counters to the threats you pose. Pick your battles and plan your evacuations carefully! Lose a commander and they’re gone forever; lose everything, and it’s game over! INTELLIGENT UNIT CONTROLS: You command the broad strokes of your defenses and monitor positioning — your soldiers do the rest, navigating and engaging intuitively in response to the situation at hand. PROCEDURALLY-GENERATED ISLANDS: Each island is both stylistically charming and unique in its layout. Plan your strategies around every nook and cranny, for you only get one chance to save them from the enemy invasion. UNLOCKABLE UPGRADES: A stronger, smarter defense leads to greater rewards. Use these to develop your subjects from a ragtag militia into seasoned warriors. 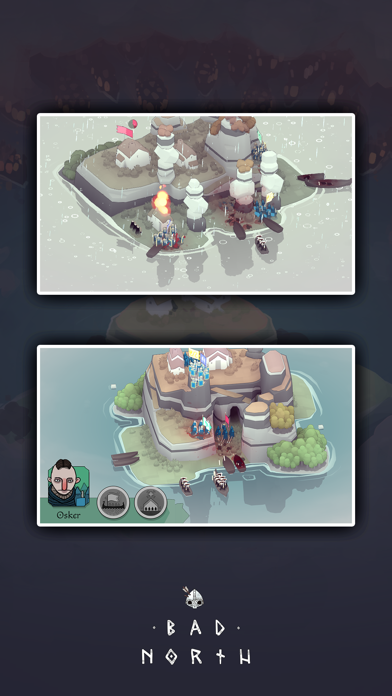 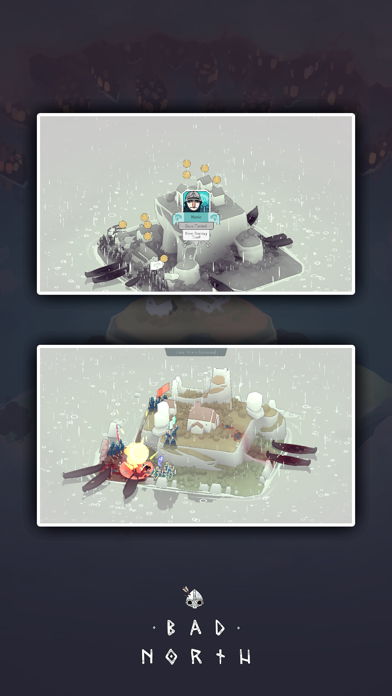 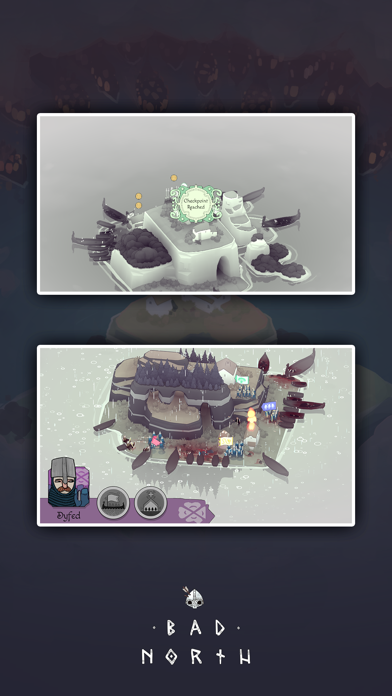 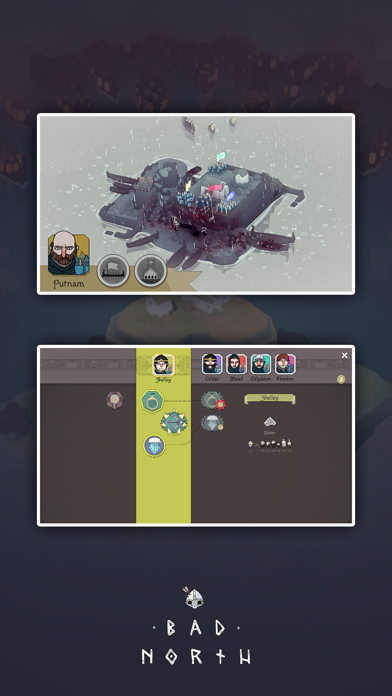 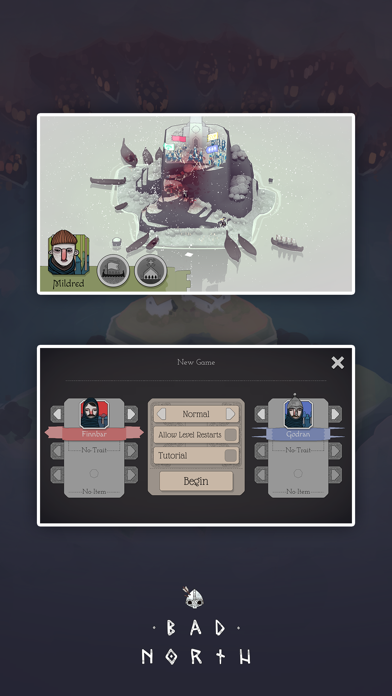 I bought it and it says it’s not compatible. Even tho it says works on my iPhone. So I just wasted $4.99 that I saved up for. Only $4.99 but still a lot for a kid who doesn’t make much. But at least We will have it if I ever upgrade my phone. It’s an amazing game, beautiful. I got it on Xbox one and I love it!
By Bëjorn G

Amazingly unique game, if it would only stop crashing every 30 ish minutes or so.
By set nickname

This game reveals its excellence as you keep playing. As a rogue like, every death is a teaching moment until you get the aha learning. Beautiful strategic depth in the simplest elements - environment, strengths of each unit, troop management, planning ahead. Wish there were more games like this!
By Alex Center

Won’t even let me in the game

When I tap on the app it goes to the loading screen and just stays there. I’ve had this game for several months now hoping it was just a bug and it would get fixed but now I just want a refund of my money. Help?
By Just a man im need of a refumd

Works amazing on iPhone 7+ I originally found this game by accident on the PS4 a while back and had sunk hours into it, then it came out for the phone with controller support. Haven’t come across bugs or frame rate drop ever. I’m excited to see other games like this from the developers
By 275rambo

Great game! But it has a few issues.

I love bad north. But I have been encountering problems trying to load the game. I would load up the game and press start, but it won’t load. But before that issue popped up I loved the game. It’s very addicting and fun!
By fuzzlet120

I’ve reached out several times and got no response other that telling me that I submitted a request! My game will not finish loading I have deleted and reinstalled, deleted it data and tried offloading it but it still fails to launch I would appreciate some help with this.
By DeniseDunn

It is amazing but buggy.

First off, amazing that this was a PC game gone Mobil. Second off, needs to be updated were I can play my save and not restart the whole game again. Hopefully this game goes strong and gets fixed.
By aconfusedjedi

Whispers of a Machine

Whispers of a Machine