Manage your Oculus VR device, explore over 1,000 apps in the Oculus Store, discover live VR events and so much more. With the Oculus app you can : -Browse and buy VR games and experiences from the Oculus Store -Remotely install VR apps to your Oculus Rift or Rift S -Reserve your virtual seat for live events, sports and concerts -Find friends in VR and share experiences together -Get notifications about other friends in VR, events you’re into, the latest content, and more -Manage and monitor your Oculus devices, accounts and notifications -Cast what you see in your VR headset to your phone or TV so nearby friends can see what you're up to 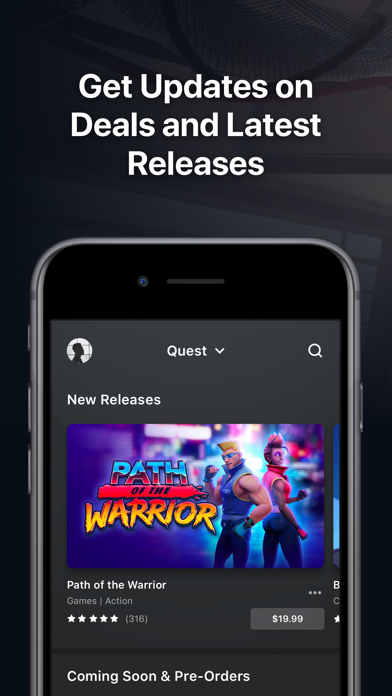 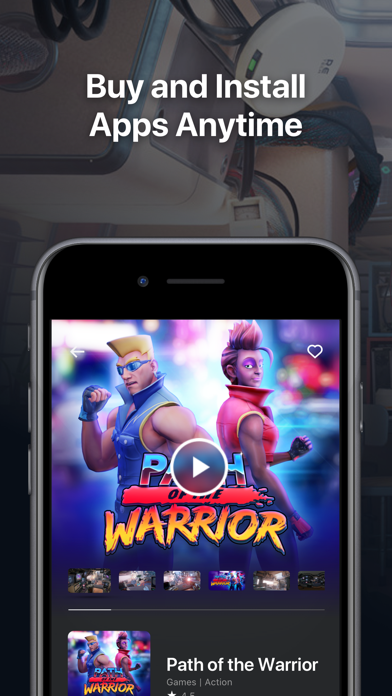 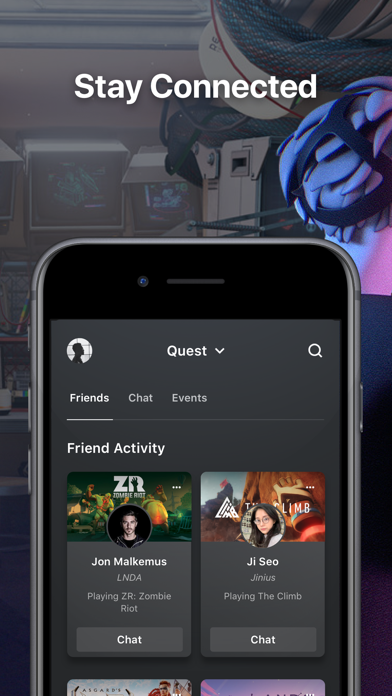 Ordered and paid for an oculus, Order never arrived and the support only goes Merry go around and does not refund back to me. They are extremely shady, I have to now get my bank involved and also call Police for this oculus store stealing money from me and not deliver product I ordered, it is pretty expensive product I ordered. This is a black shop. I was very surprised and angry. They still has not yet refund me back nor deliver the product I paid for. Police and my bank is now working on this case. Stay Away!
By _WinWin_

Glitchy app to say the least

Unable to search for anything using the search feature. Never ever works. About the only thing this app is good for is casting your game to it.
By Mikecorn

The app itself works just fine but, whenever I try to pair my oculus to my phone through the app, it doesn’t work at all. the oculus just refuses to pair and I don’t know what to do at all. Feedback will be much appreciated please.
By bruh moment .exe

Unless it’s something free, I can’t make a single purchase. Whenever I try to enter my card info and hit enter, it tells me that my zip code is “invalid” even though it isn’t. This is why you shouldn’t force people to use an app for everything. There should be some sort of secondary method such as doing it through your web browser or the headset itself in case instances such as this occur seeing as its the only way we can purchase games.
By Aubreechan

As far as support goes with these *people* you’re better off asking a bean taco for help. They tell you to get lost and if somethings wrong too bad. They don’t care
By use reddit insyead

Signing in issue and wanting help for it

After having my vr for over a year now I’ve been experiencing some issue. My phone has this thing that is some what deletes apps for more space, the apps that I don’t use much. And Oculus was one of them. I only use it for pairing and stuff. After I deleted it and needed to reconnect my new controllers. I had to sign in. I would click continue with Facebook and then it would tell me to sign into it and I did my Facebook account it tells me that I have an existing Oculus account. Then it tells me to merge them together. To confirm the merge you would have to put your password. And I did but then it says that it’s already merged and have to log in with Facebook. If I do that it keeps repeating the same thing over and over the amount of times I try. Till this day I’m playing with broken controllers. Btw this happens on every platform I try to log in with. Help!!
By Unlknow

Does exactly what you’d think it does

my main problem is the casting. It’s so glitchy and always has errors no matter what I do. My wifi is good and I play near the router so why do you do this to me??? Please respond.
By Abababa2

Oculus Quest 2 Refused to pair to my phone