Apple Music for Artists is the official app that empowers you with insights to help build your audience and reach new fans. With it, you can track how your music performs across Apple Music, Shazam, and iTunes. Find out how fans react to songs and albums and where you’re getting the most plays. See your new Milestones and all-time bests at a glance, including your most-played songs, videos, and Shazams. Now, whenever you achieve something special like having a song featured in a playlist, you can celebrate with fans by sharing Milestones directly on social media. Features: • Discover where your fans are around the world. • Share Milestones like new playlist adds or all-time bests on social media. • See the impact of Apple Music playlists on your music. • Track your Shazams and see where your songs are heating up. • Keep your Apple Music profile fresh by adding or updating your artist image. • Give your team access to your analytics. 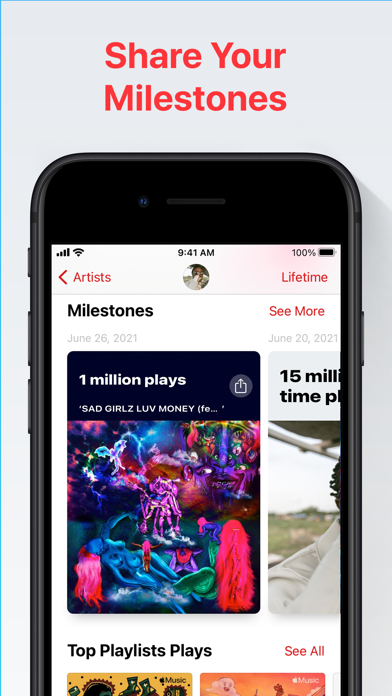 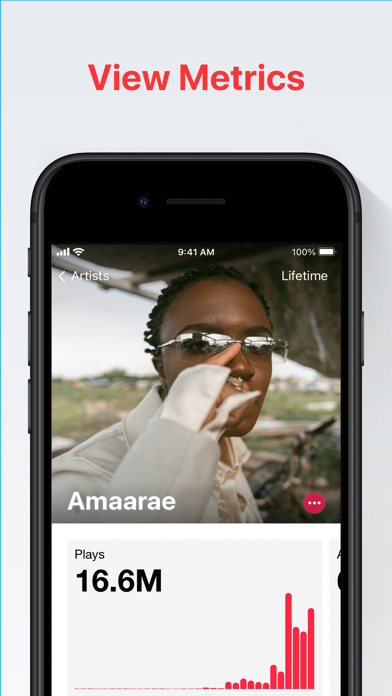 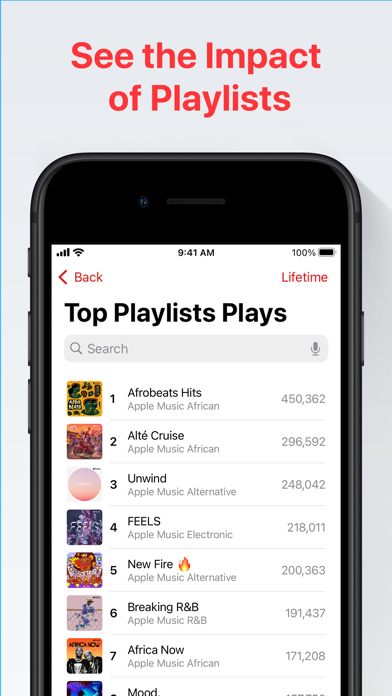 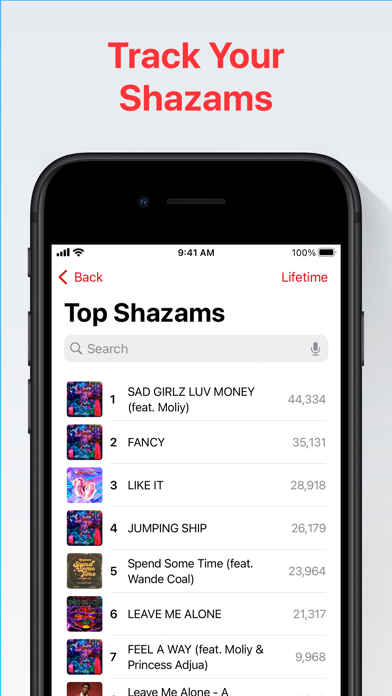 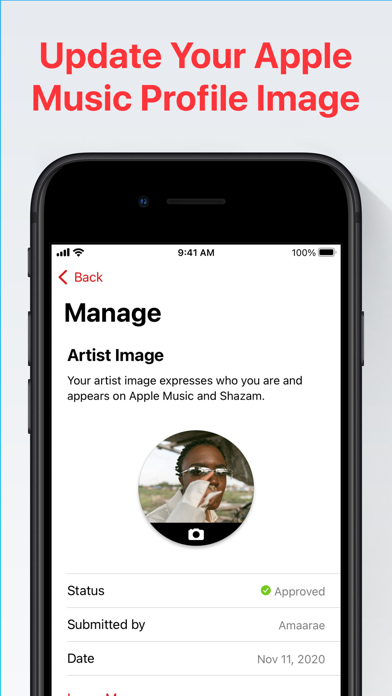 It won’t even give me the option to reset password, it won’t let me press anything.
By duck smoothie

Catch up to Spotify Apple Music or beat the traffic

Help us out
By ChaseCause

I’m not sure where they are getting their screen shots

The app looks nothing like what Apple is showing in screen shots. The app shows me, the number of plays, Shazams, song purchases, avg. daily listeners, and some milestones. There is nothing that shows the impact of playlists or tracking Shazams. It would be nice to have an app that helps artists promote their music on Apple’s platform that seems largely skewed toward big money established artists, and doesn’t seem interested in independent musicians.
By Snuvious

So I typed the right email and password, but it wouldn’t let me in and it keeps saying, “enter email and password”. It won’t even enable Face ID even if it is enabled! Can you please try to fix this? Thanks I’m advance! :))
By Raiden_Dragons

Could be a lot better

I can’t see many simple but valuable metrics, such as streams by day. It makes the app less useful.
By Some Wise Guy

I Hate The App

Personally I don’t like the app because of the glitches, Lag, And Apple Music As A Platform
By Fresco Trey

Love the app idea but..

I like the idea for the app it’s just as soon as it tells me to sign in the screen freezes? Please get this fixed!
By GaryMaryPartVaily

I downloaded the app and put all the correct information in it as I’m an artist, but it STILL says “pending access.” It’s been o we a WEEK now!! So NOT get this app. Is garbage!!
By Uncle Leroy 7

When I go in to the app it immediately asks for my Apple ID and password and when I try to enter them nothing happens!
By anonymous4930

I cant even sign in because it wont load!!!
By GhxstOnTheBeat