Minesweeper II is a clean modern approach to the classic strategy puzzle game. Identify all the mines by revealing all the squares which are not mines. FEATURES - Classic and custom board size presets - Fully resizable window, including full screen - First click is never a mine - Best times and win percentage statistics - Game Center leaderboards - Timer starts after the first reveal - Double-click allows chording IMPORTANT A mouse with two separate buttons works best for this game. When using a trackpad or magic mouse enable secondary clicks in System Preferences. Additionally you can Control-click a square to mark mines rather than reveal them. 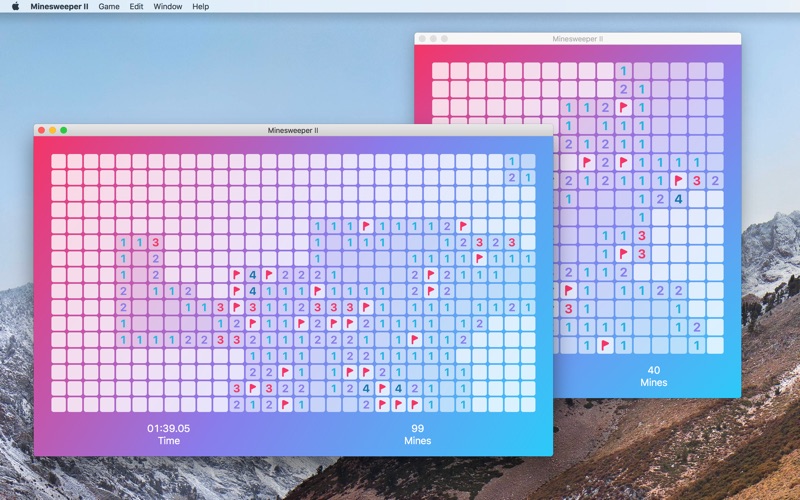 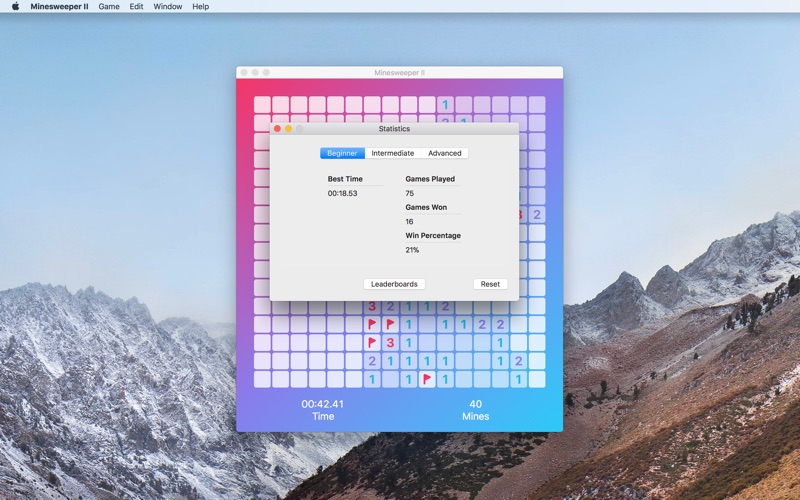 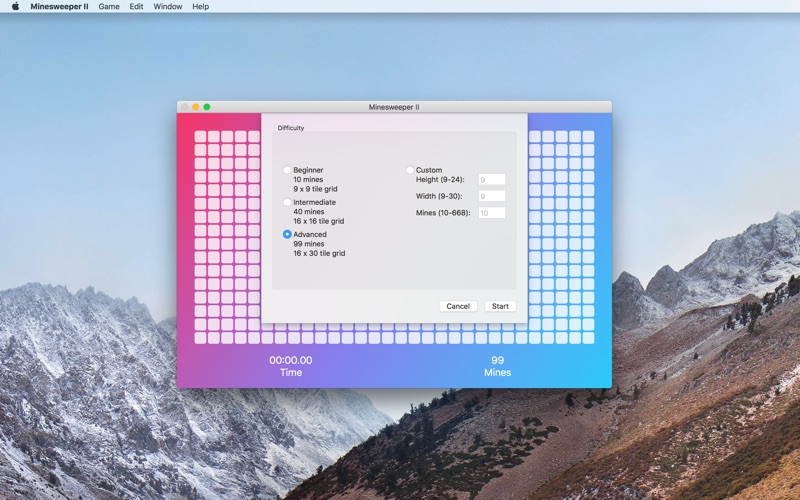 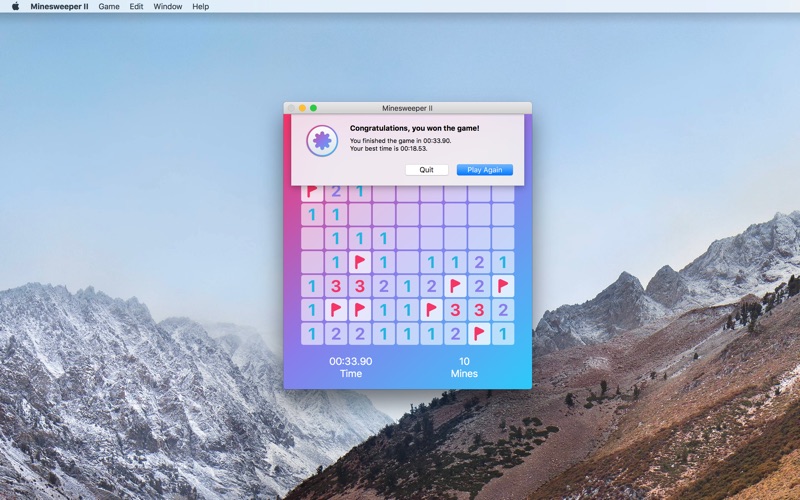 I haven’t had a computer that has had Minesweeper for probably 15 years but remembered how much fun I used to have playing it at home and sometimes even at work as a mental break. My current windows work computer didn’t have a good version, so I decided to check out the app store. The other games that were available all had mediocre to poor reviews, so I decided to just throw .99 cents in on this game and hope for the best. The good news is that there are three versions similar to what I remember (10,40 and 99 mines). It wasn’t instantly clear how to find it, but after playing the beginner version I stumbled across the ability to switch to intermediate or advanced. But using the magic mouse I realized that you can not double click, which candidly is the fastest and most efficient way to play the game. But I went back to the description and saw that the developer recommended a mouse with two buttons, so I figured that this would solve the issue. I found an old wired Microsoft mouse with a USB connector, plugged it in and thought I’d be ready for some real playing. But nope, it was still the same thing where you have to clear one square at a time (unless you want to live dangerously and just guess..never a good strategy other than the opening move). So I donated less than a dollar for a game that is sub standard. No big loss, but if you are a serious player it probably is better to keep looking for a version of the original game with all the features. Update-7-21-18. The developer has updated the game so now it does play properly on a Mac. You can double click and play much faster. Unfortunately my skills have diminished so it is going to take a lot of practice to improve my times. Caveat-the magic mouse does not work, so you do need an old school three button mouse. I just have to find a mouse pad and a better surface to move around. Nice job by the developer to fix this. It’s definitely fun and addicting.
By Southtampacane