Playing the guitar has never been that easy! Play hundreds songs & chords, and create awesome music directly on your device. Play just like you would with a real guitar: chords of all difficulties, arpeggios, guitar bending, guitar picking...enjoy awesome feedback and ultra realistic sound! Feel like jamming? Try the free play mode interface and create your original music tracks. +2000 chords available to get crazy! The app offers tons of worldwide popular songs added every month! Don't waste more time, start playing now! Main features: - Guitar types: classical, acoustic, electric, 12-string...and more - Training mode with worldwide popular songs - Left Handed guitar - Right Handed Guitar - Free play mode for jamming, either directly with the chords or arpeggios - Awesome and beautiful design - Ultra realistic and HD sound - Suitable for all levels, from beginners to pro guitar players Have any question or suggestion regarding the app? Our support team is ready to help at support-guitar@mwmapps.com. ------------------------ SUBSCRIPTION INFORMATION - Subscribe for unlimited access to our Premium songs catalog and play with all Guitars - Weekly ($7.99) & yearly ($40.99)* - Free trial subscription is automatically renewed unless cancelled 24 hours before the renewal - Payment will be charged to iTunes Account at confirmation of purchase - Account will be charged for renewal within 24-hours prior to the end of the current period, at the same price - No cancellation of the current subscription is allowed during active subscription period - Subscriptions may be managed by the user and auto-renewal may be turned off by going to the user’s Account Settings after purchase - Any unused portion of a free trial period, if offered, will be forfeited when the user purchases a subscription to that publication, where applicable Terms of Service: https://musicworldmedia.com/products/guitar/tos Privacy Policy: https://musicworldmedia.com/products/guitar/policies *Price are equal to the value that "Apple's App Store Matrix" determines is the equivalent of the subscription price in $USD. 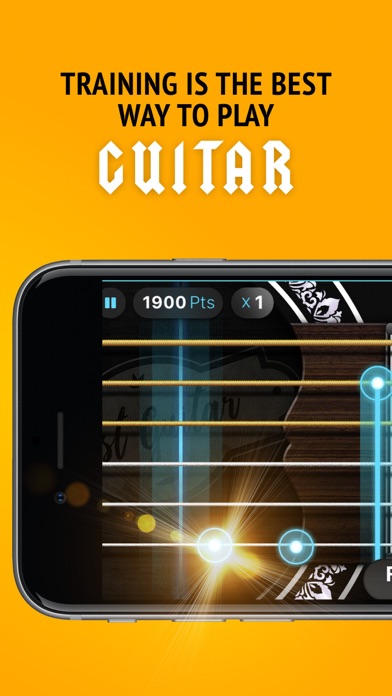 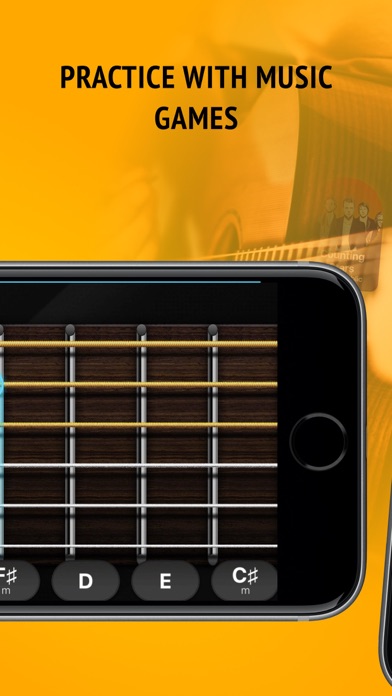 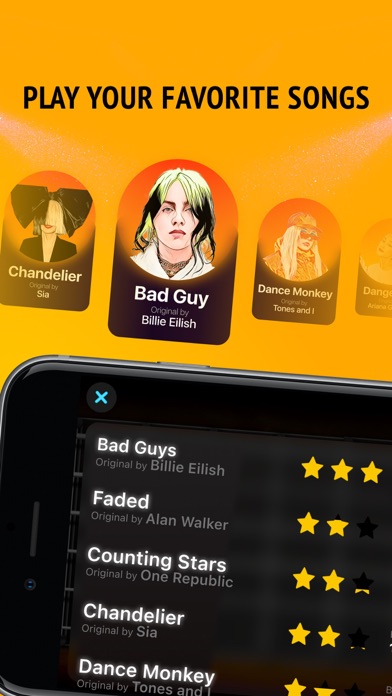 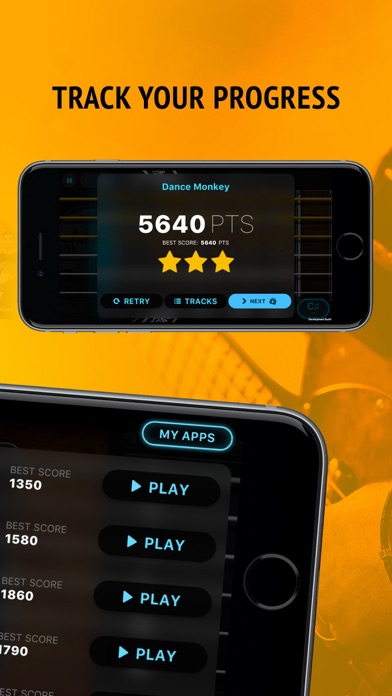 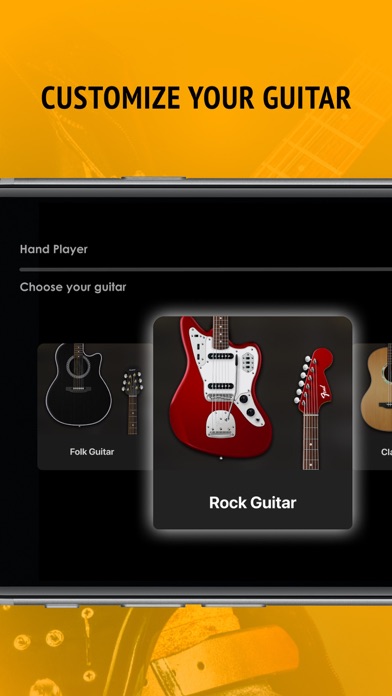 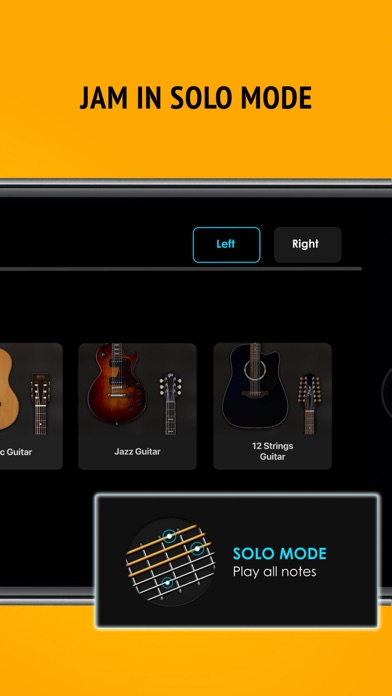 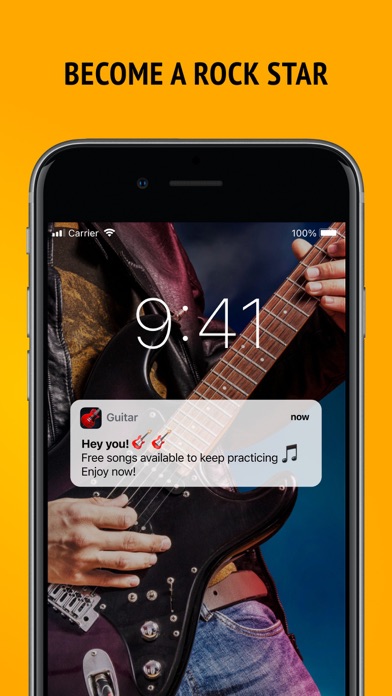 Horrible game
By i have a cute mom

Were I come from 5star is bad

Its okay but you need to have a thing that controls slow to fast because I like dance monkey but it’s too quick. Also I’m just asking do you have sunflower, levitating and all of blackpinks songs?
By veryviva

I gave it a five star rateing because it is so good
By I do not no.

PLEASE READ-Way too many adds

I played one song and got 5 adds in a mater of 10 seconds. Every button you hit; add. You open the game; add. You’re in the middle of a song? Oh well; ADD! It’s probably the most adds I’ve seen in a mater of seconds-they should get a world record. (Don’t take that as a complement, because I’ve been playing for 10 seconds and I’m already sick of Simply Piano adds) I’d rate it 0 stars, but I can’t-plus they probably only read the 5 star reviews, as most creators do, and say “Thank you for feedback. We love new suggestions for our game!” And do nothing about it, just saying. Don’t download unless you want to waste your time. If you want to update it, make the name “Add simulator-play guitar for 2 seconds as well, I guess”. DO NOT DOWNLOAD.
By (taco)

This game is way to hard for beginners
By frick yourself

Over and all,I like It but there are to many adds for a 15 year old. At least the game has a choice for vip and adds.
By panda queen 324

This is a joke, right?

I mean really. You want a $40 subscription and to entertain the idea of even thinking of paying for something so ludicrous, you have to watch a 30 second video to play 15 seconds of a song on an instrument who’s sound doesn’t match the tone of the original music and when “playing” the instrument the song you picked is played over it so you can’t hear yourself play. Why bother? I can make music with my one year old daughters toy book piano with keys made to look like crayons. The five keys light up and may be even a little sticky, and THAT toy sounds better than what came out of this app. I’m more disappointed in myself being goat roped into downloading the app based on the teaser video. I just got knocked down a few pegs in the wise father category and I’ll spend the next few weeks avoiding scam calls and phishing emails to make up for it. Don’t bother with this app, you’re better off going to the dollar store and buying yourself a plastic kazoo and play along to Beverly Hills by Weezer because that’s “how you get down,” now.
By Chickendick