Share Anything Wirelessly capture your iPhone or iPad screen to your computer. Instantly record or stream via your favorite software. And do it all in stunning quality up to 1080p60. Tap to Produce With the Screen Link plugin installed on your PC, your iPhone or iPad automatically appears as a source in leading apps like OBS Studio, Streamlabs OBS, XSplit, and Game Capture. All you need to do is swipe up to access your Control Center, and tap the broadcast icon. That's it. You're instantly ready to create professional mobile content. Mobilize Your Games Whether you’re building barracks in Minecraft or battling for victory in Clash of Clans, Screen Link makes sharing your mobile gameplay a breeze. Augment Your Content From zapping zombies in your living room to taming dragons in your kitchen, Screen Link gets your AR antics online for all to see. And because it works wirelessly, you can enjoy total freedom of movement within your local network. Your viewers will feel as if they’re right there. Shoot from the Hip Vlog live on the fly from anywhere in your home. Or simply capture moments directly to your computer, bypassing the hassle of exporting them. Screen Link features an integrated camera interface devoid of overlays, ensuring a clean feed for customization on your terms. Get the Missing Link You already have a PC and an iPhone or iPad. All you need to level-up your mobile content is Screen Link. So go ahead and get started for free. Then upgrade to pro for unlimited power. 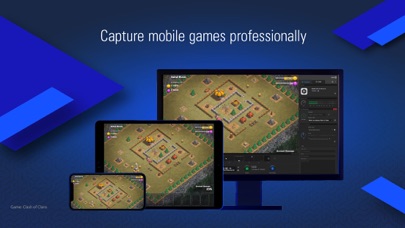 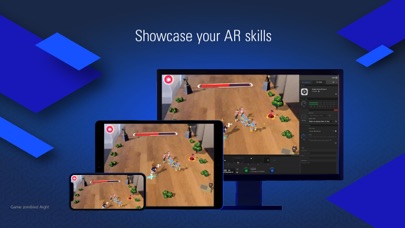 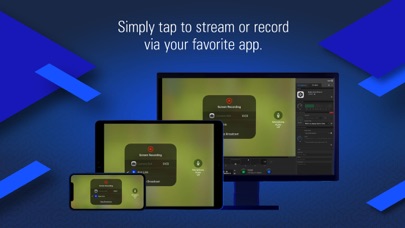 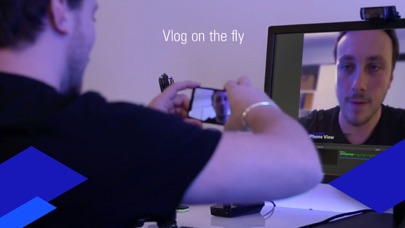 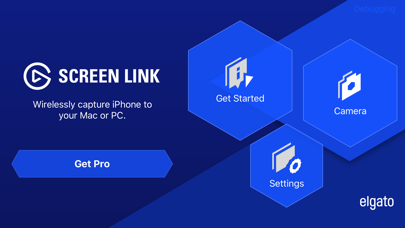 The trial version worked great so I bought the pro version and now 4k capture utility doesn’t even recognize it... enjoy the 10 bucks Elgato that’s the last you’ll ever get from me for any of your products.. and I have several. I’ll be sure to give this product a nice review on my game stream... a review fitting of how well it works right now.
By XDarkOneX

I upgrade to pro, and it stopped working. I can’t get it to work. I contact support and they take 2 days to answer. The problem is this app that hasn’t been updated since 11 months ago. The problem it’s not my computer or my phone, it s this app.
By Sololohagoporlosupdates

I use this app primarily to share my ipad screen on study with me streams and it worked great until iOS 14. it’s unfortunate that it doesn’t work anymore and it needs to be updated accordingly
By NerdyArtists

I loved this app until recently. Now I have horrible connection issues and it’s been driving me crazy. I thought it was my network for a while (which is stellar speed) but after so much troubleshooting, I realized the app hasn’t been updated in 9 months! Let an app go like that and it degrades. Very disappointed.
By Jess - UnicornCandies

Read the reviews but decided to give it a shot anyways. Well that was a bad idea because I bought the pro version and basically threw away $12 because this freakin app used with Game Capture HD KEEPS FREEZING! Screen Link itself seems to be functional but the receiving program Game capture HD on my MacBook Pro constantly freezes and disconnects from my iPad. As I’m trying to use this to run a stream background with my iPad it’s super annoying to have this drop out mid-stream multiple times, reconnect everything only to have it drop out again after a few minutes. It runs well for maybe 5 minutes and then begins to lag really badly and finally just dies in a freeze. Useless
By focksalot

Save your money. I bought the paid version two days ago and not only threw away $10 but lost time and energy that could have used elsewhere. I should have realized this app is worthless when the last update was 9 months ago as of Dec 2020.
By Kasemontana

Not user friendly and multiple connection issues when trying to use OBS. Don’t buy Pro.
By jeunebdisiwn

This is the worst

This is so good. If I hade a capture card it would be a lot easier to get a face cam but this is the next best thing. It has great resolution for being wireless. I could care less about the 2 second lag because how small of a youtuber I am. Thanks so much for this app Elgato. 😃
By ReeeKid101

9+ seconds of delay. Unusable to stream with. Should receive a class action lawsuit for all the people like myself whom have been scammed into getting the pro version.
By a cozy bunny

EpocCam Webcam for Mac and PC