#1 HOROSCOPE APP 2020! The majority of people usually say that they don’t believe in horoscope, but still, practically everyone reads and listens to it every single day. We would like to introduce our App. FEATURES: - Check daily Horoscope for today and tomorrow - Weekly Horoscope - Your Horoscope compatibility - Love Horoscope - Work horoscope - Health horoscope - Your lucky numbers for today - Signs you love and hate today If you want to have a compass for life navigation, daily horoscope 2020 is the one you need. Within this app, you can always check one of the horoscope types for all 12 zodiac signs. Interested in reading your friend’s outlook for the day? You can quickly and easily view any of 12 zodiac signs from within the app: Aries Taurus Gemini Cancer Leo Virgo Libra Scorpio Sagittarius Capricorn Aquarius Pisces Each personal prediction is written rather briefly and informatively. Finally, you will get customer notifications, to never miss any of daily horoscopes. Wish you to enjoy your fate with THE BEST DAILY HOROSCOPE 2020. Get it now and start understanding yourself better every day! Our horoscope is written by the most experienced specialists in astrology. Everything you need - just click DOWNLOAD app, set your name, the date of birth, sign up for trial and get horoscope. Subscription Horoscope_month costs 19.99$/month. Horoscope_month Subscription gives you access to detailed daily and weekly, health, love and work future prediction every day and ads-free experience. You can try 3 or 7-days for free. Horoscope_month is an auto-renewable subscription plan: $19,99/month. This subscription will be charged to iTunes account at confirmation of purchase and auto-renews at the end of each month at $19,99, unless canceled at least 24-hours in advance before the end of the current period. You can manage the subscription or turn off auto-renew at any time from your iTunes Account settings. Any unused portion of a trial period if offered will be forfeited when you purchase a subscription, where applicable. For more information please visit: How to unsubscribe: https://support.apple.com/en-gb/HT202039 Privacy Policy: https://www.daily-horoscope-app-2018.com/privacy-policy Terms&Conditions: https://www.daily-horoscope-app-2018.com/terms-conditions 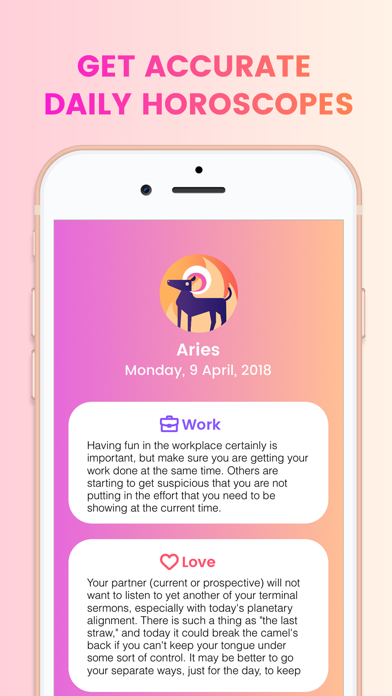 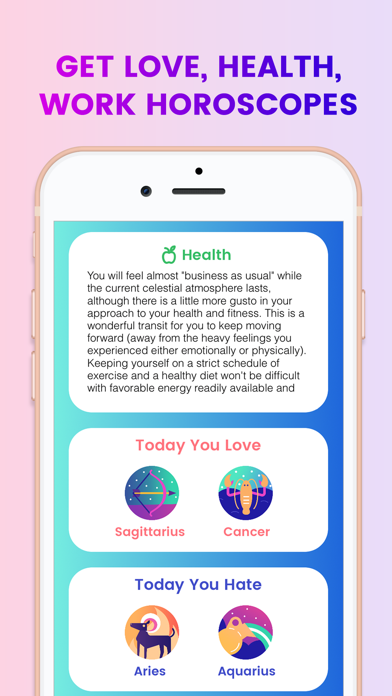 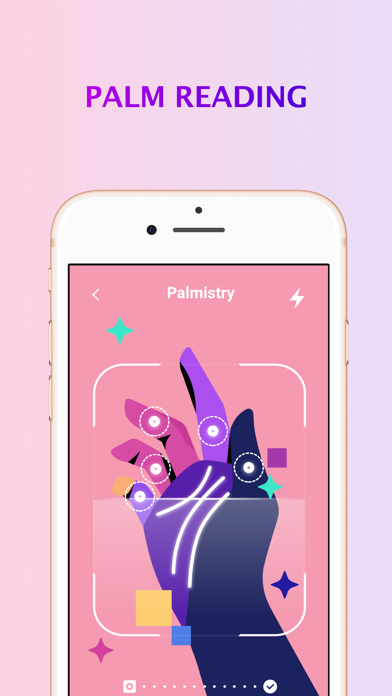 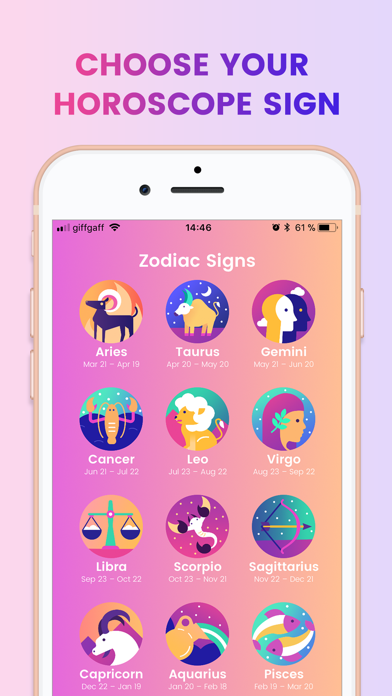 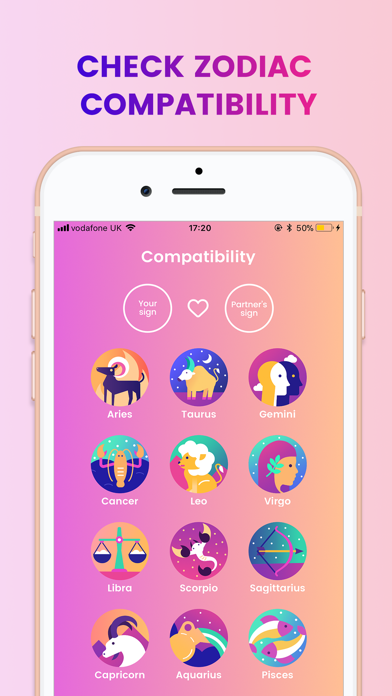 The “palm scan” didn’t even scan my palm, for starters. It’s either fake or randomly generated. That was incredibly infuriating though I’m not sure what I expected? I got it mostly for horoscope/zodiac compatibility information and I found it be very bland, generic “horoscoping”- the same “horoscopes” that cause people to hate everything surrounding them.
By DaphoraSnape

This app places a hold on the account before the free trial is over causing you to have to pay the 9.99 even if this subscription is canceled before time is up
By gurugigi

Well I WAS excited to use this app until it had be go through entering all my info just to not allow me to use the app unless I paid for it. So stupid.
By Gamer biss

This app is basically a scam. When I opened the app, it had told me that I had 7 free days and then it would be 19.99 a month. It said I could cancel any time. It charged me right away, but didn’t even add the 7 free days to the subscription. I contacted customer support and they never got back to me. It’s false advertisement.
By alexkaitlyn

The application specifically said the first 3days are FREE! I was charged immediately after installing the app. When it specifically stated the first 3 days are a trial run! And after the 3 days if you choose to remain subscribed you will get billed. False and misleading advertising! Worst part they won’t even refund you. Definitely unhappy and wouldn’t recommend purchasing the app unless you definitely 100% into horoscopes. If you just interested to learn and find out what horoscopes are about. You better off looking online where you won’t get charged $10 for nothing.
By 👎🏼Misleading

Be careful ! You are forces to pay after your “ free” trial .
By binger2

This application is continuing to charge me after I’ve repeatedly deleted from my device. Be careful because it gets pretty ridiculous. Back end scam for sure.
By rwilliams094

Waste of time , $9.99 a week ? And there’s no unsubscribe button on the app. It’s just a trick to get people to pay for this dumb app
By Tenzyy