Take just a few minutes out of each day to bring yourself to a state of calm and wellness and balance your life using a combination of guided meditations and mindfulness techniques. The techniques are a simple, practical relaxation method for anyone. You will learn to manage the stress in your life and improve your overall health using a tool you always carry with you: your breathing. The deep breathing exercises we present in our app stem from the Pranayama approach. Pranayama is a Sanskrit word referring to regulating your breathing for health benefits. It is an ancient Indian practice which is broken into 3 phases of breath manipulation. The phases are inhalation, retention, and exhalation. A 2014 study in the ‘Journal of Diagnostic Research’ showed a connection between both slow and fast pranayama and reduced stress and improved overall cognition including attention, retention, and speed tasks combining vision and physical action, like video games. With our app, you will have the opportunity to set goals for yourself like reducing your stress and anxiety, sleeping better, and improving your concentration. You will work to meet these goals by personalizing your program based on your mood and using the daily mindfulness meditations provided. If you’re looking for ways to be in better control or your stress and anxiety and have a more positive outlook, our app will help you. Maybe you’ve tried other mindfulness apps with no success. It’s time to try BetterMe. Our app is a simple and manageable solution to beginning the journey to managing your stress and changing your outlook, and all you need to do is engage in our 3-minute meditations. Why You Should Choose BetterMe: • With just 5 minutes each day, you will improve your quality of life by relieving stress and improving focus. • Access to new guided meditations by the world’s best teachers. • Ideal for those with a busy lifestyle. Meditate On-the-Go to calm your nerves or anxiety wherever you are. Benefits of BetterMe: Meditation • Improved clarity and focus throughout your day. • Stress and anxiety reduction helps you stay calm and relaxed. • Better sleep leads to less stress and anxiety. • Broader perspective and deeper self-awareness. • Improve leadership skills. • Deeper and more natural breathing. • Enhance mindfulness in all situations. • Winding down at the end of the day becomes easier. • Develop your listening skills. • Face obstacles in a calm and clear manner. • Feel happier, calmer, and more relaxed overall. We offer a wide range of subscription options so that you can choose the right one for you (3 months access renewal, weekly renewal, etc.). You can cancel your subscription at any moment in your iTunes account settings, but refunds will not be provided for any unused portion of the terms. Payment will be charged to your iTunes Account at purchase confirmation. Any unused portion of a free trial period, if offered, will be forfeited when the user purchases a subscription to that publication, where applicable. BetterMe is integrated with the Health kit, so you can find your activities data in the Health App. Constructive criticism is always welcome. Contact our client support via support@betterme.tips. Read more about our Terms and Conditions here - https://bttrm-meditation.com/info/terms.html Privacy Policy - https://bttrm-meditation.com/info/privacy-policy.html 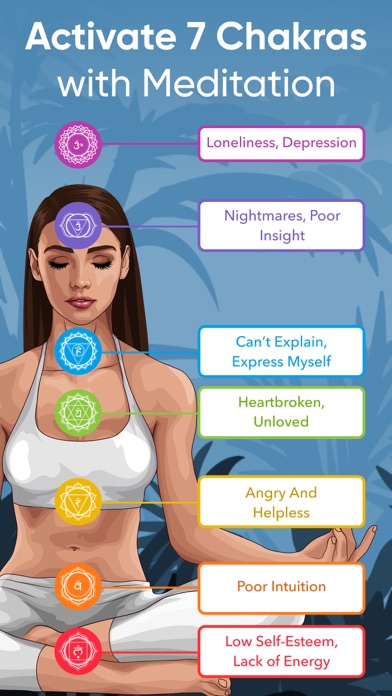 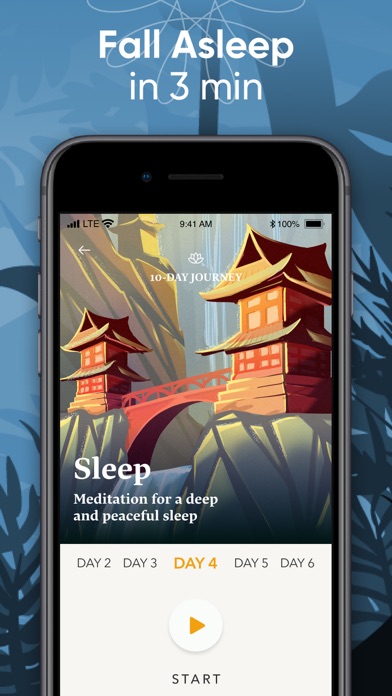 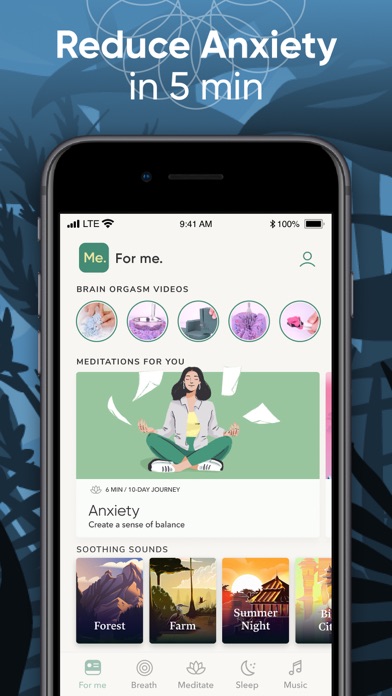 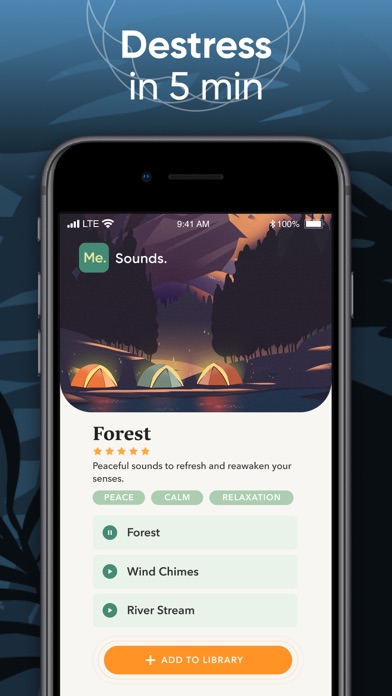 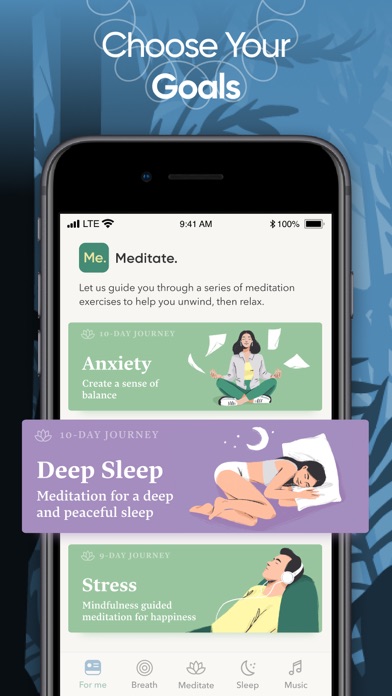 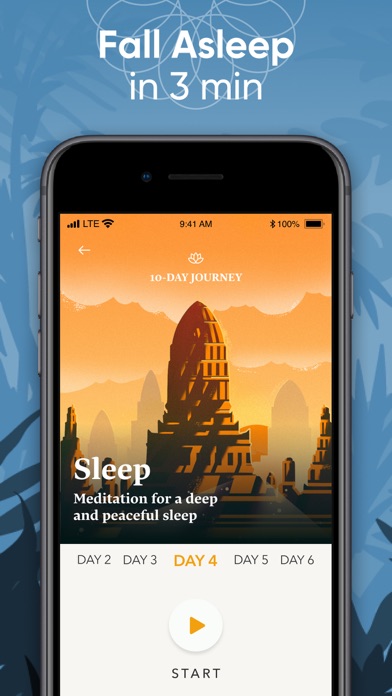 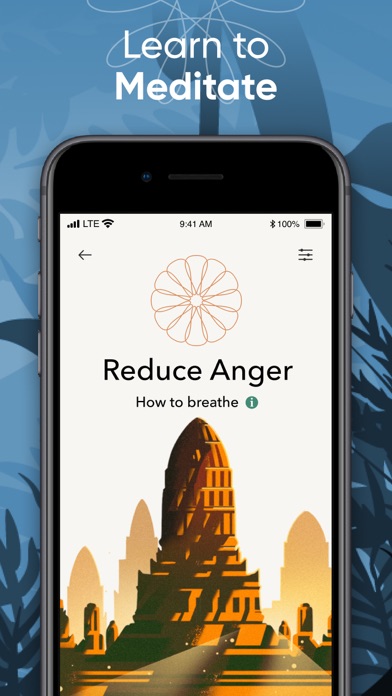 Idk what I just spent $20 on to then ask me to pay even more for what I thought was apart of that “limited on time offer” and the 1st article I read which was about rage and anger already stopped reading after number one because it says to tell him “ you know I don’t like it when you do this” and you statements. As someone who has been in an a hold of therapy since I was young due to depression I know that you’re not supposed to make statements like that especially when you’re talking about an angry situation you’re supposed to make ice statements it makes me feel this way because then you’re just making that person think that you’re attacking them. I will be turning off the subscription I kind of want my money back already. I did really like the sound feature though how you could turn up the fireplace or like the other noises I did really like that. That was neat.
By Jray-420

Once again, we have a meditation app claiming it wants what’s best for you while trying to bleed it’s clients of all the money it can.
By GreyB94

I purchased a year subscription on 8/23/2020 for $19.99 and the company charged me $39.99 for a new 6 month subscription in October 2020, which I didn’t catch then and a renewal of that for 6 months $39.99 in April 2021. They are insisting their records are correct, despite the photos I have sent them indicating otherwise. They have effectively stolen $80 from me and are refusing to refund the unauthorized charges.
By Bsnsownr

This is an absolute scam. I was charged a different price than the website quoted for a 50% off deal. I never used the app and emailed to question the charge. There resolution was to cancel my subscription after never using it and then say they were sorry but do not give refunds. Nice! So I paid $21.99, for what, for nothing. I just lit $22 dollars on fire. Poof! Wish I could give no stars! UPDATE*** I was asked for my automated email response number for this issue. I’m not sure where I send it to or who I get in contact with due to the developer comment not explaining that, so I will just place it here on my review. There was several back and forth emails and I have all of them still. The request number is 1312700.
By LisaSky444

This app is very okay, not worth the price though. I bought it based on the ads i kept seeing (silly me); it seemed like it would be personally interactive like a few of the other apps i’ve liked. I took a chance and was very disappointed that it’s nothing like what was advertised. The meditations themselves are okay- but the robotic voices make it harder to relax when listening. There doesn’t seem to be a whole lot of content, but I’m still exploring (since i’m now stuck paying for the year subscription 😅) and I will try my best to get what i can out of it- but i would recommend looking for a different app or free meditations instead of this. Anything you would find on this app is out there for free, and so much more!!
By felixthek

Ugh..I guess that’s what I get

I used to like this app when I had it on android so I decided to get it on my new iPhone. It had been awhile since I had it but was excited to use it again. Long story short this is the most boring app I’ve ever had the displeasure to use, and I guess I didn’t cancel the free trial in time so I got stuck and locked into a 6 month agreement 🤦🏻‍♀️ I paid for sixth months of basically an app that is nothing but complete ridiculous nonsense.
By Angie Aphrodite

Can’t believe I have to pay for someone to help me. What about for the people with no money?
By PrettyLiar🤪

They offered a year-long membership for a couple dollars a week so I bought it but IT CHARGED ME FOR THE WHOLE YEAR!! I don’t even know if I like the app yet because I didn’t get to preview it and now I’m out $70 even though I cancelled right after I subscribed. I’m literally crying I can’t afford to lose $70 right now. My whole week is ruined. I only got the app to try out a test I saw an ad for and I can’t even find that test in the app now. Not only that, but this app is for relaxation and mediation, BUT NOW MY STRESS IS 1000% HIGHER THAN BEFORE!! I WILL UPDATE IF I GET A REFUND!
By madisonholcomb

This is not an app with “in app purchases”, but rather, a subscription based app.
By Avantnewt